What Is in Your Treasure Chest?-S16Ep1 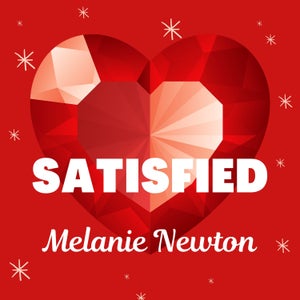 See the similarities between the culture of Ephesus and our modern culture regarding what we consider valuable, especially when it comes to successful living. Seek the Treasure Introduction. Buy Seek the Treasure Bible Study  at Amazon  and Barnes and Noble.
Category: Religion Bible Reading & Verse
Upload Date: Nov 27, 2020
Jump to Full Description
Snippets are a new way to share audio!
You can clip a small part of any file to share, add to playlist, and transcribe automatically. Just click the to create your snippet!
Snippets: Clips of What Is in Your Treasure Chest?-S16Ep1 that people like
Add to Playlist
Share

02:49
What Paul's Letter to the Ephesians Teaches Us About Spiritual Treasures
Bible Reading & Verse
Playlists that What Is in Your Treasure Chest?-S16Ep1 appears on.
Share 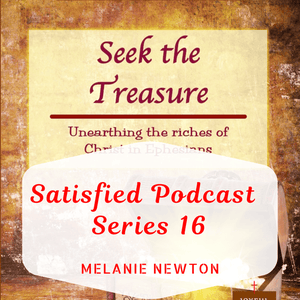 What is your most valuable treasure?
02:40:25 2/10/21 9 audios
Up Next
Full Description
Back to Top
See the similarities between the culture of Ephesus and our modern culture regarding what we consider valuable, especially when it comes to successful living. Seek the Treasure Introduction. Buy Seek the Treasure Bible Study  at Amazon  and Barnes and Noble.
Snippet Transcripts

What Paul's Letter to the Ephesians Teaches Us About Spiritual Treasures
01:00-03:49
Do you have a place in your house where you keep your personal treasures? Some of us have a special little box or a shelf that contained Mementos from our past that remind us of who we once were and who we are Now, do you have one of those? My husband has one. I don't know what's in it, but every once in a while he'll pull something out of it. That reminds him of all the pieces that make up who he is. We all love the idea of some kind of treasure in a treasure chest. 2000 years ago, God took in a rebel named paul. Then God gave Paul the treasure of himself, God and sent him out to invite others to receive that treasure. Also, some of those who responded lived in the region of Ephesus on the west coast of modern Turkey. The letter will be studying together was originally written by paul. To those Ephesians. Paul was born in Tarsus, a major roman city on the coast of Southeast Turkey. Tarsus was famous for its tent making industry and paul was trained in that craft as his primary paying profession. In the bible, paul is known by two names Saul which was his hebrew name, and paul, which was his roman name. To keep things simple, we will call him by his roman named paul because that's what he mainly used in his travels and ministry. Paul was a highly educated and zealous jew as a young man. He was so zealous that he became determined to wipe out all the christians period, wipe them out. Then one day jesus christ knocked him flat and grabbed his attention. The account of what happened Is in Acts Chapter nine. It's pretty dramatic. After believing in jesus christ as his savior, Paul was sent by Jesus as his apostle to take the gospel to the people who were not jews the bible calls those people gentiles. This was an amazing turnaround for someone who once had nothing to do with the dirty gentiles. Paul wrote about this commission in Ephesians chapter three verse eight. This is what he said, Although I am less than the least of all the Lord's people. This Grace was given me to preach to the gentiles the boundless riches of christ, boundless riches. That sounds like an overflowing treasure chest, doesn't it?
Up Next
Popular Playlists
Best Yoga Podcasts for Experienced Yogis & for Beginners (Audio) Sour Shoe's Greatest Moments on Howard Stern Listen to: Top 15 Funniest Barack Obama Quotes 9 Game Design Podcasts Every Game Designer Needs to Hear 7 Podcast Episodes About The Golden State Killer That Will Keep You Up at Night David Parker Ray & Shocking Audio of the Toy Box Killer You Need to Hear 8 UFO & Aliens Podcasts That Will Abduct Your Mind Audio Cheat Sheet To The Sexy Liberal Podcast Network Controversial Joe Rogan Experience Episodes Audio Wack Packer Beetlejuice Best Moments on The Howard Stern Show 12 Best Episodes of the NoSleep Podcast to Keep You Up at Night
Popular Categories
ASMR Business & Tech Cannabis Fashion & Beauty Gaming History Home & Garden Kids & Family Spirituality Travel
Add to playlist
New playlist