Your changes have been saved
All Audio Trial Lawyer Nation 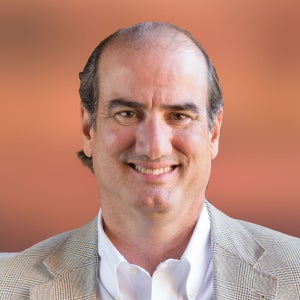 In this episode of the Trial Lawyer Nation podcast, Michael Cowen sits down with McAllen, TX trial attorney, Michael M. Guerra, to discuss his multiple 7 and 8-figure verdicts & settlements, recent “monster” settlement in a “legally tough case,” and advice on how to achieve verdicts like these in yo
Category: Legal
Publish Date: Sep 01, 2021
Tagged in this Audio:
More
Jump to Full Description
Snippets are a new way to share audio!
You can clip a small part of any file to share, add to playlist, and transcribe automatically. Just click the to create your snippet!
Snippets: Clips of 89 – Michael M. Guerra – From Guts to Glory that people like

There are currently no playlists containing this audio.
Add this audio track to one of your playlists
Add to Playlist
Up Next
Full Description
Back to Top
In this episode of the Trial Lawyer Nation podcast, Michael Cowen sits down with McAllen, TX trial attorney, Michael M. Guerra, to discuss his multiple 7 and 8-figure verdicts & settlements, recent “monster” settlement in a “legally tough case,” and advice on how to achieve verdicts like these in your cases.
Cowen and Guerra begin the episode by discussing Guerra’s background and how he got into doing plaintiff’s work. Guerra begins by explaining that he had an Allstate defense firm job waiting for him after law school and was “quickly terminated,” citing that his heart was not in it. Seeing as he was married right before starting law school, had a baby on the way and a mortgage to pay, he quickly took a job as a court-appointed lawyer; a position leading him to over 100 jury verdicts.
In 1995, Guerra was appointed Guardian Ad Litem in a death case in Plainview, TX, where he would meet Mikal Watts. This meeting would ultimately lead to Guerra opening Watts’s McAllen office, where we would work alongside Watts before going off on his own.
“Pushing trials and then just going in there and watching good defense lawyers do what they did. I learned a lot [from them].” – Michael M. Guerra
Guerra then goes into a harrowing story of a case he took on just after going off on his own; a case involving the death of his friend’s father, a high-ranking Sergeant Major in the Army who was killed after his RV exploded when he lit his morning cigarette. The explosion was due to a gas leak in the RV trailer.
Guerra began the case by enlisting the help of several experts; namely Mike Schultz (Illinois) to look at the trailer and Tim Dunn (Georgia) to investigate the gas system. Shortly after beginning the case, a call from a Sheriff’s deputy would change everything for Mike. “He [said], ‘Hey, Guerra, I’ve got to tell you. When we got into the trailer…we found the [gas] burner in the ON position.’” Understanding that the Sergeant Major had most likely left the stove on by accident, Mike’s original thought of a defect or leak causing the explosion was called into question. He couldn’t believe it.
Continuing past this unfortunate revelation, Mike began researching the trailer and oven manufacturers and came upon an interesting, and ultimately crucial, piece of information: the company sold the exact same trailer in Australia with one key difference, their stoves contained a “flame failure device.” This device, which automatically shuts off the gas once the flame goes out, was absent from American models of this trailer; a safety feature that would’ve cost the company only 99 cents per burner to install.
“That case consumed me for 10 months, [as] we got it set for trial.” – Michael M. Guerra
The case was settled a week into trial for an amazing result and, more importantly, saw the trailer manufacturer agree to include the “flame failure device” safety feature in all future models.
The two then move on to discussing Guerra’s latest case out of the Port of Brownsville; a case involving “ship breaking,” the process of dismantling a ship to reuse parts or extract materials, a flash fire, and 2 men who suffered significant burns (one who was burned on over 80% of his body and passed away).
After discussing details of the case including the ship owner filing a Limitation of Liability Act, getting removed to federal court, and then returning to state court, the two begin to discuss Guerra’s invaluable 2-day, 36-person mock trial, which gave him the confidence to ask for huge numbers ($250-$300 million) in voir dire; a task that, Guerra confessed, scared him.
“It took a lot, for me personally, to [ask] for that kind of money; knowing people would throw hand grenades at me.” – Michael M. Guerra
When everything was said and done, calmed and confident from his meditations, prayers, and with some last-minute motivation from a Nick Rowley CD in his car on the morning of trial,
Up Next
Popular Playlists
Best Yoga Podcasts: Listen & Learn New Poses Sour Shoe's Greatest Moments on The Howard Stern Show Listen to: Top 15 Funniest Barack Obama Quotes 9 Game Design Podcasts Every Game Designer Needs to Hear 7 Podcast Episodes About The Golden State Killer That Will Keep You Up at Night David Parker Ray & Shocking Audio of the Toy Box Killer You Need to Hear Best UFO Podcasts That Will Abduct Your Mind Controversial Joe Rogan Experience Episodes Audio Wack Packer Beetlejuice Best Moments on The Howard Stern Show Best NoSleep Podcast Episodes To Terrify You Sexy ASMR Audio to Turn You On
Popular Categories
ASMR Business & Tech Cannabis Fashion & Beauty Gaming History Home & Garden Kids & Family Spirituality Travel
Add to playlist
New playlist