Your changes have been saved
All Audio LYME Voice

Share
station description Welcome to the Lyme Voice Podcast!!! I am your host Sarah Schlichte Sanchez and thi... read more

Lyme disease is nothing short of a public health crisis — it is notoriously difficult to diagnose and one of the fastest-growing vector-borne diseases today.
Category: Health & Wellness
Upload Date: Apr 28, 2018
Jump to Full Description
Snippets are a new way to share audio!
You can clip a small part of any file to share, add to playlist, and transcribe automatically. Just click the to create your snippet!
Snippets: Clips of Listen to Lyme The First Epidemic Of Climate Change With Mary Beth Pfeiffer that people like
Add to Playlist
Share 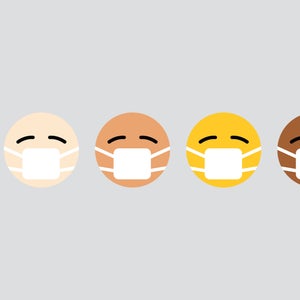 Podcast Episodes about Pandemics and Epidemics (Audio)
08:00:20 9/26/20 23 audios
Up Next
Full Description
Back to Top
Listen to hosts Aaron Sanchez and Sarah Schlichte from their podcast Lyme Voice in this episode as they discuss climate change's impact on Lyme disease with Investigative Journalist Mary Beth Pfeiffer.
Snippet Transcripts

Highlight Clip of Lyme Voice: Lyme The First Epidemic Of Climate Change With Mary Beth Pfeiffer
27:25-29:36
We'll see if it works. Um, but also, to get back to your question about you know why Line isn't taking us seriously. You know, mosquitoes are they fly and they buzz around your ears, and they somehow that the threat is much more tangible. We all know that. You know, we've been buzzed by mosquito, certainly in the Northeast here and, you know, ticks. Meanwhile, it's just not as threatening a subject, it seems, or an environmental threat. But I mean ticks. They, you know, they don't fly. They don't even walk more than, you know, maybe a couple of feet up a piece of grass or a piece of brush. And they just sort of wait for some mammal to pass by, you know, and they consents the mammals breath the our breath, and then they they put their legs out, and they just hope that somebody will pick them up when they're passing by. And that doesn't seem like a very, you know, urgent kind of threat to a lot of people. I think that's just some of you know, part of it. Ah, few years ago, Bill Gates gave a a talk about malaria, and he has done incredibly great work and trying to control that in a lot of tropical countries. And he, you know, was telling his audience in this nice, you know, air conditioned room, that half million people die of malaria every year. And he said, You know what? The people in those countries shouldn't be alone in having to experience this. So with that he took, he took out a jar and he unscrewed it, and a whole bunch of mosquitoes flew out. Oh, my gosh, Yes, in the room, like went into an uproar and a photographer jumped up and he started taking pictures and so forth. But that really makes the point. Mosquitoes air scary. And I thought of bringing a jar full of text. But I just don't think it will have the same effect. Yeah.
Up Next
Popular Playlists
Best Yoga Podcasts for Experienced Yogis & for Beginners (Audio) Sour Shoe's Greatest Moments on Howard Stern Listen to: Top 15 Funniest Barack Obama Quotes 9 Game Design Podcasts Every Game Designer Needs to Hear 7 Podcast Episodes About The Golden State Killer That Will Keep You Up at Night David Parker Ray & Shocking Audio of the Toy Box Killer You Need to Hear 8 UFO & Aliens Podcasts That Will Abduct Your Mind Audio Cheat Sheet To The Sexy Liberal Podcast Network Controversial Joe Rogan Experience Episodes Audio Wack Packer Beetlejuice Best Moments on The Howard Stern Show 12 Best Episodes of the NoSleep Podcast to Keep You Up at Night
Popular Categories
ASMR Business & Tech Cannabis Fashion & Beauty Gaming History Home & Garden Kids & Family Spirituality Travel
Add to playlist
New playlist