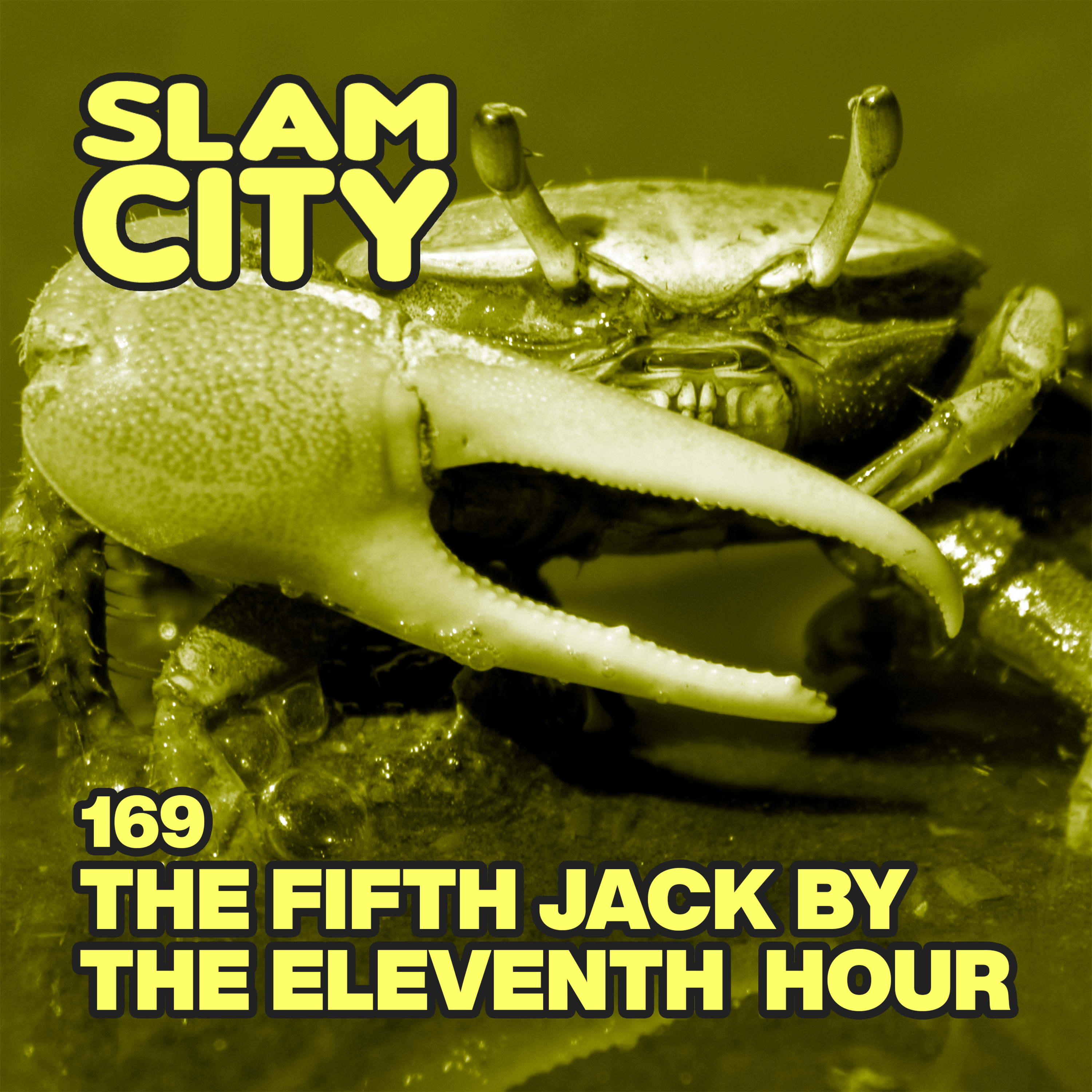 Episode 169: The Fifth Jack by the Eleventh Hour

Gemini, Brian, and Arthur meet up at Daddy Juice Energy Studio in the Beaded Curtain District for Double X Quantimino, The Newz, What I Had For Lunch, and Learning Corner.
Double X Quantimino
The first-ever product recall of a food because of its genetically engineered ingredients was when Taco Bell
Category: Comedy Comedy Show
Upload Date: Mar 04, 2021
Jump to Full Description
Snippets are a new way to share audio!
You can clip a small part of any file to share, add to playlist, and transcribe automatically. Just click the to create your snippet!
Snippets: Clips of Episode 169: The Fifth Jack by the Eleventh Hour that people like

There are currently no playlists containing this audio.
Add this audio track to one of your playlists
Add to Playlist
Up Next
Full Description
Back to Top
Gemini, Brian, and Arthur meet up at Daddy Juice Energy Studio in the Beaded Curtain District for Double X Quantimino, The Newz, What I Had For Lunch, and Learning Corner.
Double X Quantimino
The first-ever product recall of a food because of its genetically engineered ingredients was when Taco Bell brand taco shells were pulled from stores after tests confirmed the presence of an ingredient not approved for human consumption.
What is your go-to at Taco Bell?
Deep dive into Mexican food.
Black holes 'sing' at a frequency similar to a B flat, but located 57 octaves below middle C.
What did you have your dck in before tiddies.
Last episode, Eric America mentioned in his Learning Corner that small breasts are often more attractive to men who've just eaten. McFly did the scientific studies about liking big breasts more before eating.
This Is The Newz.
Metallica's BlizzCon Performance Ruined By Twitch.
TikTok Users Are Burning Snowballs in Viral Videos to 'Prove' the Snow is Fake.
Phoenix family discovers 5,000 fentanyl pills inside daughter's thrift store toy.
Arizona man accused of faking own kidnapping to evade work.
Kids expelled from Catholic school over mom selling adult photos.
Perth police hunt a man with a swastika on forehead who attacked a woman using a flamethrower.
Fry's Electronics suddenly went out of business.
200 Coffins Fall Into Sea As Cemetery Collapses in Italy.
1 In 3 Drivers Say Cars Are Too Full Of Junk To Have Room For Passengers.
Miami lawyer whose pants caught fire during arson trial arrested on cocaine charge.
Chinese court orders man to pay ex-wife $7,700 for housework in landmark divorce case.
What I Had For Lunch.
The Strive for Five AKA The Fifth Jack.
Eric America’s Learning Corner.
Around the globe, people are eating more cheese. Americans alone have gone from eating 16lbs to 37lbs of cheese each per year. Cheese consumption has even been growing in places like China which traditionally did not have much cheese consumption.
That after brushing your teeth you should spit, don't rinse! Rinsing your mouth results in the protective ingredients being removed from your teeth.
When Mr. Potato Head was first introduced, parents were expected to supply their own potato. Federal regulations made the pieces less sharp, so Hasbro was forced to include a plastic potato with pre-made holes.
Deepfake Sponsors: Julio Tejas, Booba Gettz The Crazy One, Blo-N-Go Hair Dryers.
Up Next
Popular Playlists
Best Yoga Podcasts for Experienced Yogis & for Beginners (Audio) Sour Shoe's Greatest Moments on Howard Stern Listen to: Top 15 Funniest Barack Obama Quotes 9 Game Design Podcasts Every Game Designer Needs to Hear 7 Podcast Episodes About The Golden State Killer That Will Keep You Up at Night David Ray Parker & Shocking Audio of the Toy Box Killer You Need to Hear 8 UFO & Aliens Podcasts That Will Abduct Your Mind Audio Cheat Sheet To The Sexy Liberal Podcast Network Controversial Joe Rogan Experience Episodes Audio Wack Packer Beetlejuice Best Moments on The Howard Stern Show 12 Best Episodes of the NoSleep Podcast to Keep You Up at Night
Popular Categories
ASMR Business & Tech Cannabis Fashion & Beauty Gaming History Home & Garden Kids & Family Spirituality Travel
Add to playlist
New playlist