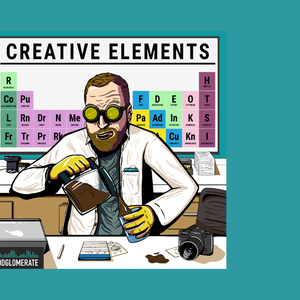 Jason Zook is a serial entrepreneur who has made millions through various "weird" methods: wearing t-shirts, auctioning off his last name (twice!), and selling off his future (BuyMyFuture.com).
Category: Business & Tech Careers
Upload Date: May 19, 2020
Jump to Full Description
Snippets are a new way to share audio!
You can clip a small part of any file to share, add to playlist, and transcribe automatically. Just click the to create your snippet!
Snippets: Clips of Creative Elements: Ep. 9 Jason Zook, Discipline and Resilience (Audio) that people like
Add to Playlist
Share 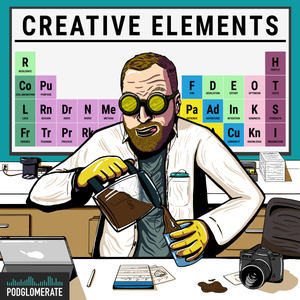 The Top 8 Guests on Jay Clouse's Creative Elements
06:09:12 8/25/20 8 audios
Up Next
Full Description
Back to Top
Jason Zook is a serial entrepreneur who has made millions through various "weird" methods: wearing t-shirts, auctioning off his last name (twice!), and selling off his future (BuyMyFuture.com).He lives in San Diego, CA with his wife Caroline. They co-own the business Wandering Aimfully and act as un-boring business coaches who help online business owners like you earn more so you can live more.In this episode we talk about learning the foundational skills of running an online business, owning your weird, fighting fear, and showing up week after week.
Snippet Transcripts

Snippet of Jason Zook on Discipline and Resilience
11:02-13:36
I wanted to know if you have to give up those best practices. I think there's a kind of a delicate balance where you almost in the beginning of your journey, if you're maybe just getting started. If you're just diving into some new area of the you know industry that you wanna be in or some new complete industry you've never been in before, is that you? You have to follow a little bit of the well lit path, if you will, of what other people have done that has succeeded because you need to figure out what works before you just dive in and go. Let me just uproot everything and do it all differently. And there's something to be said about when is the right time to reinvent the wheel in something and when is maybe not the right time to reinvent the wheel but just add, like a little like some spark Elise onto the wheel? You know, like some tassels that's, you know, splay in the wind and they're just wonderful on. So for me, I think now that I've been in kind of the like software, online education, writing all of that world, I've kind of earned the ability to go. Okay, I know all of the like, foundational stuff that works now it's about sprinkling a little bit of weird on everything that I do, because I know that the foundation. But I've also run into it the other way, where I've tried to go to weird too early and people just don't get it. Like I tried to sell a une book a couple years ago, and the idea was, the book was called One week to profit. It was seven ways in seven days to make more money in your business, and I wanted to sell it where only one person could buy it on the first day. And then on the second day, only two people could buy it. And on the third day, only three people could buy it. And it's kind of a fun way, like, you know, this thing I've created called Bump sale pricing. It's a fun way to think about scarcity and urgency, but in a weird way. But I actually never sold a book before, so I came up with this, like, whole unique, weird thing. But then all the feedback I got from people was like, Well, how do I know if this is any good? Like, I've never read anything from you. And I ran into this thing where I was like, Oh, like I didn't create any, like, free lead up content to this. I didn't have, like, a really good sales page that gave away part of it. I just said, I have a weird way. I want to sell a D book. Let me try that and like no one bought it. I mean, I think I got up to, like, the sixth day before I ran out of people that were interested in this weird idea. So I think it is about using the foundational stuff and the things that do work. I talk a lot about throw away the blueprint and create your own blueprint, and I do really believe that. But I think as far as it goes in business, you do have to do some of the foundational stuff, like having a button on a sales page like don't have a sales page that's so weird you can't find a buy button. But maybe there's something that you can do in that process on the sales page that is unique or after the sale happens, that is weird, and those are the things that
Up Next
Popular Playlists
Best Yoga Podcasts for Experienced Yogis & for Beginners (Audio) Sour Shoe's Greatest Moments on Howard Stern Listen to: Top 15 Funniest Barack Obama Quotes 9 Game Design Podcasts Every Game Designer Needs to Hear 7 Podcast Episodes About The Golden State Killer That Will Keep You Up at Night David Ray Parker & Shocking Audio of the Toy Box Killer You Need to Hear 8 UFO & Aliens Podcasts That Will Abduct Your Mind Audio Cheat Sheet To The Sexy Liberal Podcast Network Controversial Joe Rogan Experience Episodes Audio Wack Packer Beetlejuice Best Moments on The Howard Stern Show
Popular Categories
ASMR Business & Tech Cannabis Fashion & Beauty Gaming History Home & Garden Kids & Family Spirituality Travel
Add to playlist
New playlist