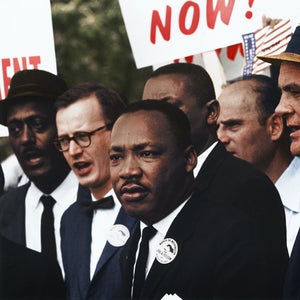 There was a time when Americans made dreams come true.  Such as flying to the moon and conquering polio.  Hear Tom Ashbrook search for the answers.Where are the dreams of the 21st century?  What can be done with energy, water, cancer and climate change?Jason Pontin is editor in chief of the MIT Tech
Category: Spoken Word Speeches
Upload Date: May 01, 2013
Jump to Full Description
Snippets: Clips of This Audio That People Like

There are currently no snippets containing this audio.
Snippets are an easy way to highlight your favorite soundbite from any piece of audio and share with friends
Create a Snippet
Related Playlists

There are currently no playlists containing this audio.
Add this audio track to one of your playlists
Add to Playlist
Up Next
Full Description
There was a time when Americans made dreams come true.  Such as flying to the moon and conquering polio.  Hear Tom Ashbrook search for the answers.Where are the dreams of the 21st century?  What can be done with energy, water, cancer and climate change?Jason Pontin is editor in chief of the MIT Technology Review. You can find their issue on big ideas here. Why We Can't Solve Big ProblemsDavid Keith is professor of applied physics at Harvard University School of Engineering and professor of public policy at Harvard’s Kennedy School of Government.Jeffrey Grossman is professor of materials science and engineering at the Massachusetts Institute of Technology.Source: On Point: Big ChallengesThe Honest Truth about Dishonesty with Dan Ariely and Indre ViskontasOur world is populated with cheats and liars. Most of us think of major cheaters like Bernie Madoff, Tiger Woods, and Barry Bonds as inflicting the most damage onto society. But just how honest are we, with others and with ourselves? The surprising finding from several studies conducted by Dan Ariely and his collaborators is that we all cheat. He claims that the consequences of these little everyday deceptions can sometimes far outweigh the ill effects of even the biggest lies.
Indre Viskontas is a writer, neuroscientist, and opera singer, holds a doctorate in cognitive neuroscience and a master of music in vocal performance. Her scientific research explores the neural basis of memory and creativity. She has published more than thirty original peer-reviewed articles and book chapters.
Dan Ariely is the James B. Duke Professor of Psychology and Behavioral Economics at Duke University, with appointments at the Fuqua School of Business, the Center for Cognitive Neuroscience, the Department of Economics, and the School of Medicine. Dan earned one PhD in cognitive psychology and another PhD in business administration. He is the founder and director of the Center for Advanced Hindsight. His work has been featured in many outlets, including The New York Times, The Wall Street Journal, The Washington Post, The Boston Globe, and others. His two previous New York Times best-selling books are Predictably Irrational and The Upside of Irrationality.Source: Point Of Inquiry: Dan Ariely - The Honest Truth about DishonestyMusic includes Symphony of Science - Our Biggest Challenge, Matisyahu - One Day (New Album Version), Roymond - Just Blue, Zinn on Cspan - Patriot, Ed McCurdy - Last Night I Had the Strangest Dream,  John Prine - Sam Stone, Johnny Cash & Willie Nelson - Me and Paul, Pete Seeger - Where Have All The Flowers Gone, Requiem For A Dream, Richard Nixon 8-8-1974, Vera Lynn - We'll Meet Again, Herb Alpert - Zorba the Greek
Up Next
About
Vurbl finds and organizes the world of audio. Want your own audio station? Coming soon.
Contact
Become an audio curator or just help us find the best of audio. Want your own channel? Get on the waitlist by contacting us.
Follow Us
Copyright 2021 Vurbl Media, Inc., All Right Reserved | Privacy Policy
Add to playlist
New playlist