Your changes have been saved
All Audio AGRICULTURE 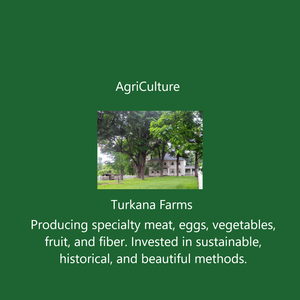 My sheep are not stupid, you know. In fact, they seem to me to be getting smarter all the time.

For example, when it’s time for their grain treat, I herd the flock out of the main part of the barn’s big room, either out the east door into the pasture or, particularly in bad weather when they are
Category: Agriculture
Publish Date: Oct 11, 2021
Tagged in this Audio:
More
Jump to Full Description
Snippets are a new way to share audio!
You can clip a small part of any file to share, add to playlist, and transcribe automatically. Just click the to create your snippet!
Snippets: Clips of AgriCulture-Read the Label that people like

There are currently no playlists containing this audio.
Add this audio track to one of your playlists
Add to Playlist
Up Next
Full Description
Back to Top
My sheep are not stupid, you know. In fact, they seem to me to be getting smarter all the time.

For example, when it’s time for their grain treat, I herd the flock out of the main part of the barn’s big room, either out the east door into the pasture or, particularly in bad weather when they are reluctant to venture outside, into the south vestibule. This allows me to distribute the grain into the bowls without being knocked over in their mad competition for what is essentially sheep candy. When I finish distributing the grain, I generally then first open the east door and then the gate between the vestibule and the rest of the barn, at which time something like the Oklahoma land rush begins.

I’ve noticed in the past couple of months that even if they’re all initially bunched up in the south vestibule, some of the sheep will wander outside and around to the east door, in the correct expectation that they’ll get in ahead of the pack. It started with old number 45, who has always been rather independent, joined after a short while by Skunky, and then by little Pepsche. In recent weeks a large black lamb and another ewe have joined this group, so now generally 4 or 5 members of the flock are getting this head start. They’re learning.

Another example of their intelligence is that they generally will ingest only what they know to be good for them and will not willingly swallow foreign substances. This becomes a problem when it’s time for me to administer de-worming medication. I can’t just come up and pet the one who needs to be medicated, tell it to “say aaah,” and squirt the medication down its throat. I basically have to straddle the sheep, forced its mouth open, get the little plunger mechanism into the side of its mouth and plunge, forcing it to swallow.

I had to do this for several sheep this week. You can generally tell if a sheep has parasitic anemia by checking the color of its eyes under the lid against something called a FAMACHA scorecard. The pinker the better. If the color is white it can mean they are dangerously anemic. At the vet’s last visit this summer to give the entire flock booster vaccinations, she checked and found one who needed treatment, but since then a few more have as well. If they’re having diarrhea and not maintaining their weight I suspect parasites, and that has been a recurrent issue with a couple of older ewes.

Those of you who follow the news are probably scratching your heads wondering how I was able to medicate my sheep when there is a critical national shortage of veterinary de-worming medicine. You’ve read articles like the one in the September 28 New York Times, entitled “How COVID Misinformation Created a Run on Animal Medicine.” Some nudniks have decided that an important animal de-wormer, Ivermectin, is their treatment of choice to either prevent catching COVID or to minimize its effects.

The theory of these folks is pretty straightforward. Vaccinations have not been properly tested and may have some long term undesirable side effects, in their view. So instead they will take a drug that has not been tested in any meaningful way for this purpose at all and the ingestion of which has sent some people to the hospital, based on a theoretical possibility that it may have a benefit. Of course, their doubts about the testing are based on nothing but suspicion about anything the government endorses; their judgments about the vaccine’s effectiveness ignore the demonstrably lower case counts, hospitalizations and deaths in highly vaccinated communities; and many of the adverse consequences they fear from the vaccine are based on wild conspiracy theories. But they think they know better.

Oddly, many of the people adopting this approach are people in rural agricultural communities, which have always prospered in the past by following the science. Farmers depend on science for developing the seeds they plant, the animal breeds they raise, the treatments they use against pests and pestilence. Yet based on some inchoate fears and egged on by charlatans and opportunistic politicians, a significant number of people in rural areas have come to reject science in facing one of the most significant challenges we’ve faced in decades. From this I deduce that while my sheep may be getting smarter, many of my fellow countrymen are getting stupider.

To answer your question about how I was able to de-worm my sheep: When I, too, was unable to find Ivermectin for sheep on line or in stores, I was able to buy a different class of de-wormer. Luckily for sheep (though not for every animal) there are alternatives to Ivermectin. In the past we generally alternated Ivermectin with a drug called Panacur (Fenbendazol). This time I was able to order a large bottle of third broad spectrum de-wormer, Albendazol. It’s an ample supply. Treatment is just 1.5 milliliters for a 50 lb. sheep.