Your changes have been saved
All Audio AIRPLAY 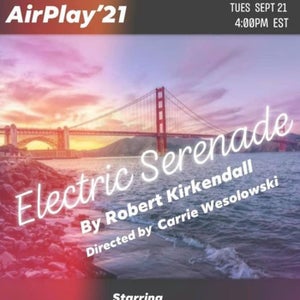 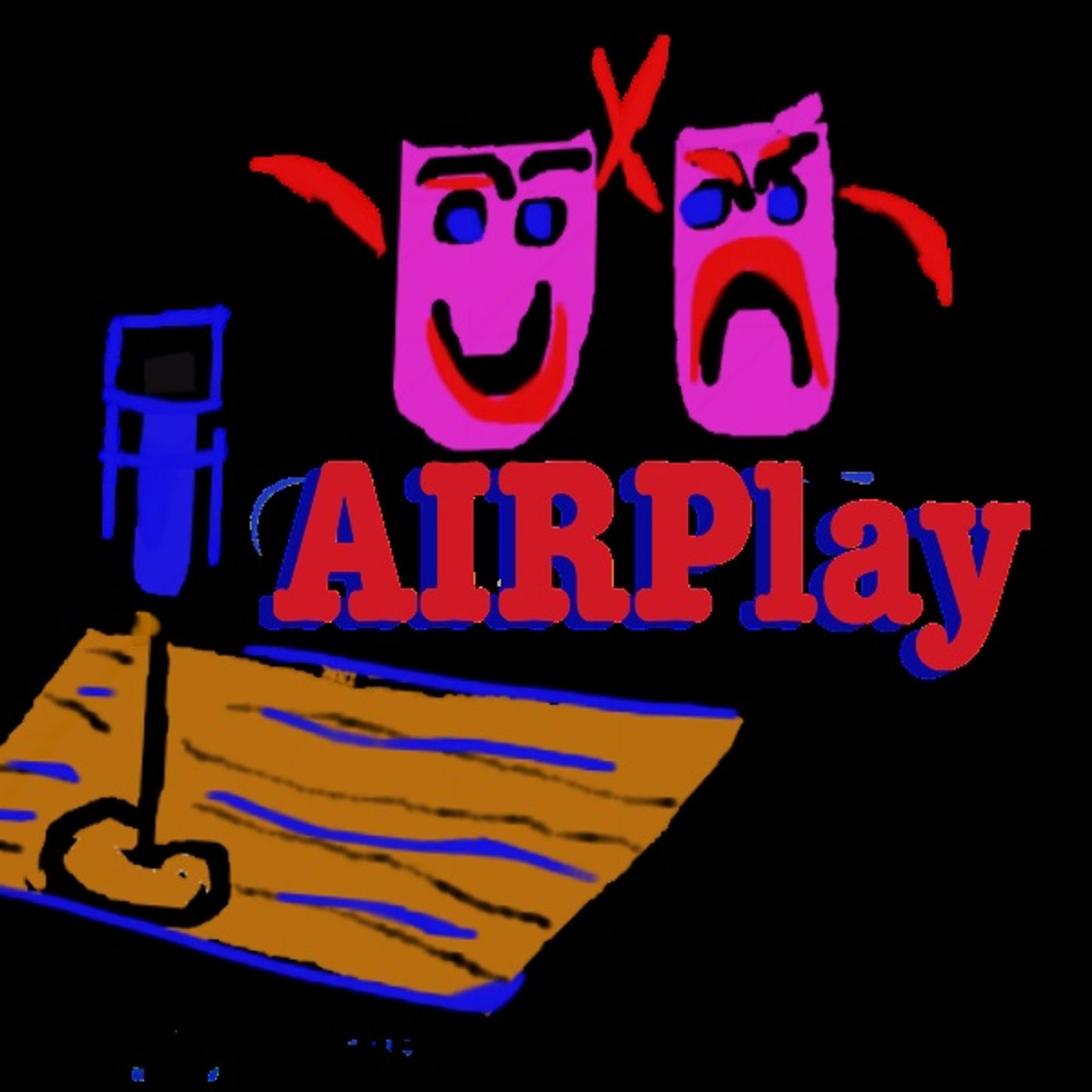 Show Synopsis: ACT I, SCENE 1 OF ELECTRIC SERENADE Down, despondent, and a little drunk over the seeming end of a long-term relationship, Joanna is at her lowest point while at a friend’s anniversary party when in walks Mark. Immediately she vents her frustrations to him before they formally introd
Category: Leisure
Publish Date: Sep 22, 2021
Tagged in this Audio:
More
Jump to Full Description
Snippets are a new way to share audio!
You can clip a small part of any file to share, add to playlist, and transcribe automatically. Just click the to create your snippet!
Snippets: Clips of Airplay 22 Presents: Electric Serenade by Robert Kirkendall that people like

There are currently no playlists containing this audio.
Add this audio track to one of your playlists
Add to Playlist
Up Next
Full Description
Back to Top
Show Synopsis: ACT I, SCENE 1 OF ELECTRIC SERENADE Down, despondent, and a little drunk over the seeming end of a long-term relationship, Joanna is at her lowest point while at a friend’s anniversary party when in walks Mark. Immediately she vents her frustrations to him before they formally introduce themselves to each other, and he tries to lift her spirits with empathy and encouragement. They get to know each other as she expresses her hopes and dreams and he talks about his own aspirations. They become acquainted by the end of the scene, and their budding relationship will take more twists and turns over the course of the play before unforeseen events bring Joanna to a crossroads at play’s end.Carrie Wesolowski (Director/Joanna) Born and raised in NYC, Carrie Wesolowski is a NYC-based Actor, Director, Host, and Singer who is a seasoned film, television, theatre and now Zoom actor. Carrie studied acting with Michael Harney, Phil Gushee and Joe Anania. Carrie hosted Movie Talk Show from 2014-2018 and served as its Associate Producer, giving indie actors, writers, and directors a platform for their work. Carrie is thrilled to once again be a finalist in Manhattan Rep’s Stories Film Festival. Her work as Director/Actor in Coni Koepfinger’s The Unusual Chauncey Faust can be seen in Manhattan Rep’s Stories Film Festival from September 15-October 3, 2021. You can catch her Q&A with Festival Director Ken Wolf, get a festival ticket and vote for The Unusual Chauncey Faust @ https://www.manhattanrep.com/stories-film-fest It's always such a joy for Carrie co-hosting, directing, and acting on AirPlay. Juan Perez (Mark)Juan studied film, theater, and acting at New York University, Brooklyn College, and Michael Howard Studios. He has performed in theatrical and cinematic productions for over a decade. Theatrically, he has performed in productions including ‘A View from the Bridge,’ ‘Wait Until Dark,’ and ‘Pulp Shakespeare.’ In video productions, Juan parlayed his memorable performance as Bernardo in ‘Jose’s Place,’ into the uniquely manic lead in ‘La Casa Loca’(Maverick Entertainment). Juan currently produces videos for corporate clients and artists in Los Angeles. Juan was most recently seen in the NYC production of Still, Birth.Robert Kirkendall (Playwright)Robert Kirkendall grew up in San Jose, California, and presently lives over the hill in Santa Cruz. He was a member of the Briefly Scene playwriting workshop where he developed a number of scripts, and his short plays have been performed at Actors’ Theater of Santa Cruz and Community Television of Santa Cruz. Last February, his two-act workplace drama Dermalogic was performed as part of Theater for the New City’s On the Air series and Robert hopes to someday give it a fully-staged production. He is currently co-writing a screenplay named Twenty with director Hilary Davidson for Nineteen85 Films, and has written a screenplay he plans to direct about a man trying to escape Santa Cruz called Leaving Paradise. You can read more of his work on his website @ www.robertkirkendall.com Byron C. Saunders (Narrator) Byron is an Arts Management Consultant / Actor / Director / Producer / Dramaturge / Historian Byron’s highlights and many credits currently include working as an independent Arts Management Consultant helping artists and arts organizations with grants administration, fund development, marketing, public relations, event planning, and capacity growth and development. Based in Washington, DC…most recently, he produced a theatrical/film short…SIMON SAYS…as a finalist for the 1st Annual Playbill Virtual Theater Festival 2020; and directed The Fannie Lou Hamer Story an award winning theatrical production starring Mzuri Moyo Aimbaye; and he was the Acting Assistant Director...
Up Next
Popular Playlists
Best Yoga Podcasts: Listen & Learn New Poses Sour Shoe's Greatest Moments on The Howard Stern Show Listen to: Top 15 Funniest Barack Obama Quotes 9 Game Design Podcasts Every Game Designer Needs to Hear 7 Podcast Episodes About The Golden State Killer That Will Keep You Up at Night David Parker Ray & Shocking Audio of the Toy Box Killer You Need to Hear Best UFO Podcasts That Will Abduct Your Mind Controversial Joe Rogan Experience Episodes Audio Wack Packer Beetlejuice Best Moments on The Howard Stern Show Best NoSleep Podcast Episodes To Terrify You Sexy ASMR Audio to Turn You On
Popular Categories
ASMR Business & Tech Cannabis Fashion & Beauty Gaming History Home & Garden Kids & Family Spirituality Travel
Add to playlist
New playlist