Your changes have been saved
All Audio The Unseen Paranormal Podcast 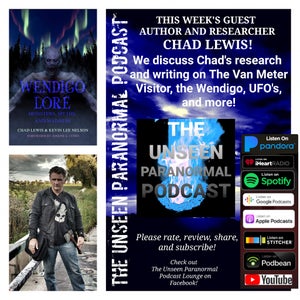 Have You Heard About Alien Pancakes?

Share
station description Weekly podcast discussing the history behind the paranormal . Some of the scariest ... read more

Start Time: 02:26 End Time: 04:02
Chad Lewis recounts the amazing tale of a Wisconsin farmer who had an alien encounter and traded water for alien pancakes.
Category: Paranormal
Publish Date: Jul 08, 2021
Snipped By:
Share
station description Weekly podcast discussing the history behind the paranormal . Some of the scariest ... read more

The Unseen Paranormal Podcast
Tagged in this Audio:
More
Jump to Full Description Transcript
Playlists that Have You Heard About Alien Pancakes? appears on.
Share 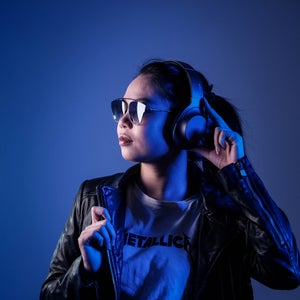 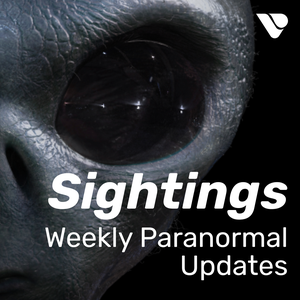 Best Mystery & Paranormal on Vurbl
08:26:19 4/6/21 22 audios
Up Next
Full Description
Back to Top
Chad Lewis recounts the amazing tale of a Wisconsin farmer who had an alien encounter and traded water for alien pancakes.
Transcripts
Back to Top
beyond belief. One of my favorite stories of UFOs, no matter whether it's around the world or in the US here uh, is the story of a gentleman named Joel Simon 10 and this happened back in 1961 in northern Wisconsin where he was having a late lunch, early brunch and he sees this Ufo land in his yard and since he had never really given the UFOs much thought he wasn't terrified, he was curious. So he walks out there and this thing hovering, Which was about 30 ft wide, 12 ft high, I was hovering in majority walked out, pops a opening on this thing, like the trunk of your car and you can see several beings inside humans or aliens or inhabitants, whatever they were. And they were all very small. He said dark hair, dark skin, dark eyes. They reminded him of tiny italian men and they were all dressed identical and they needed water. Apparently they had a jug and the motion like water. So he went and filled up their jug with water and he came back and handed it to him and he saw one of them seem to be cooking something over a flameless type grill. So in motion with his hand like are you eating, trying to get some communication going? And the leader goes over and hand Simon 10. These three what people were calling Ufo pancakes and traded him for the water. And so then the station just took off, left after he made that trade. Uh, Simon's, you meet one of the pancakes that it was the worst tasting pancake it ever.
Up Next
Popular Playlists
Best Yoga Podcasts: Listen & Learn New Poses Sour Shoe's Greatest Moments on The Howard Stern Show Listen to: Top 15 Funniest Barack Obama Quotes 9 Game Design Podcasts Every Game Designer Needs to Hear 7 Podcast Episodes About The Golden State Killer That Will Keep You Up at Night David Parker Ray & Shocking Audio of the Toy Box Killer You Need to Hear Best UFO Podcasts That Will Abduct Your Mind Controversial Joe Rogan Experience Episodes Audio Wack Packer Beetlejuice Best Moments on The Howard Stern Show Best NoSleep Podcast Episodes To Terrify You Sexy ASMR Audio to Turn You On
Popular Categories
ASMR Business & Tech Cannabis Fashion & Beauty Gaming History Home & Garden Kids & Family Spirituality Travel
Add to playlist
New playlist