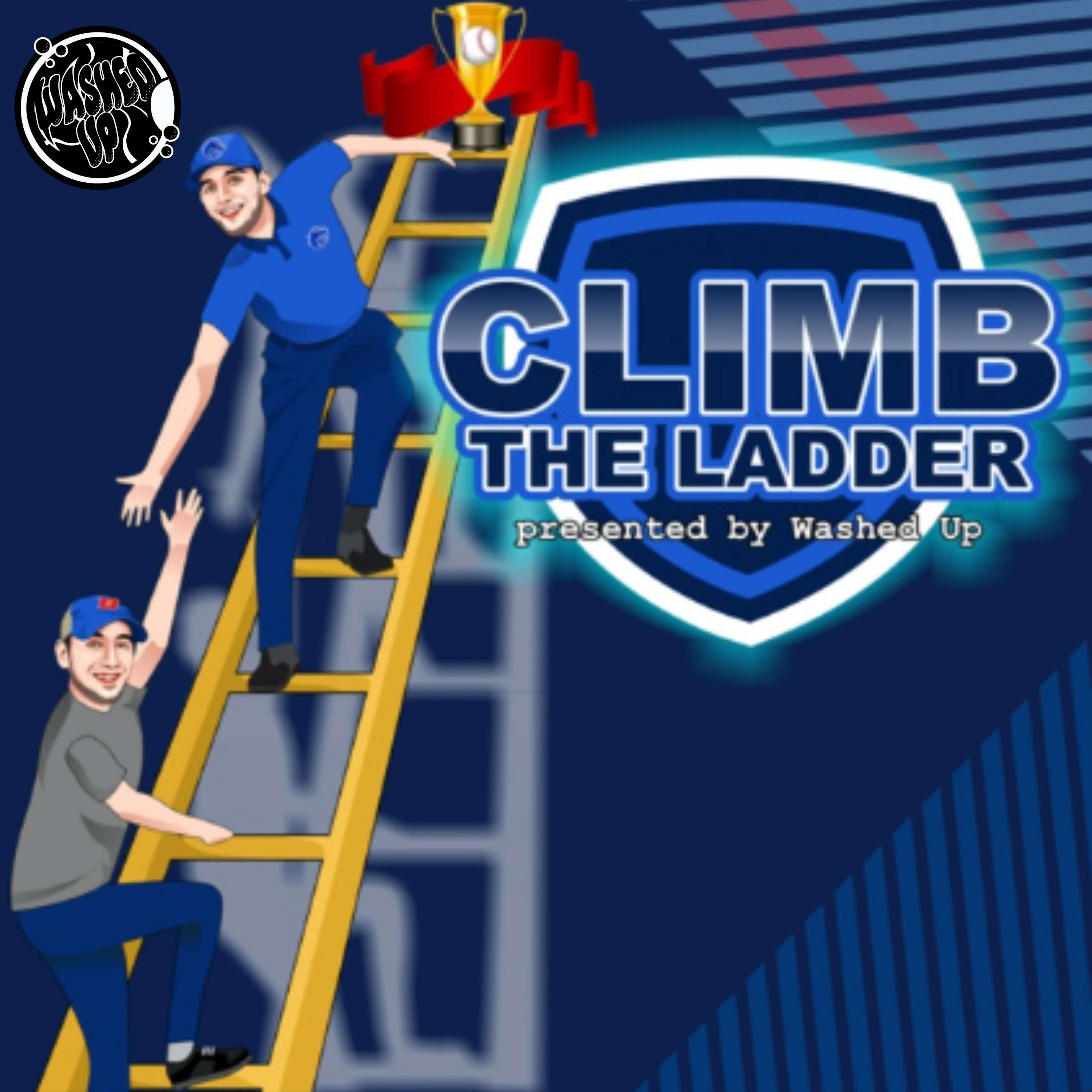 The MLB All Star game is next week and the lineup is set! How will Shohei perform in his first HR Derby? We also dive into the Tokyo Olympics roster as players from across the country will represent the USA from throughout the MiLB. How was your Independence Day? Listen to the twins recap their favo
Category: Sports & Adventure Baseball
Publish Date: Jul 07, 2021
Tagged in this Audio:
More
Jump to Full Description
Snippets are a new way to share audio!
You can clip a small part of any file to share, add to playlist, and transcribe automatically. Just click the to create your snippet!
Snippets: Clips of All Star Game Preview, Olympics Roster Set and 4th of July Recap that people like
Add to Playlist
Share

There are currently no playlists containing this audio.
Add this audio track to one of your playlists
Add to Playlist
Up Next
Full Description
Back to Top
The MLB All Star game is next week and the lineup is set! How will Shohei perform in his first HR Derby? We also dive into the Tokyo Olympics roster as players from across the country will represent the USA from throughout the MiLB. How was your Independence Day? Listen to the twins recap their favorite parts. This episode is brought to you by Apex Koozie! Head over apexkoozie.com and enter code &quot;WASHEDUP&quot; for 10% off. We have a new sponsor, ChafeX! Go to ChafeX.com and enter code &quot;NoChafe2021&quot; for BOGO Free + Free Shipping! Want to be fueled by Raze energy? Go to reppsports.com and enter code CTLRAZE for 15% off. We are always presented by the Washed Up Network! Don&apos;t forget to like, subscribe, and review us on iTunes, Spotify, and Vurbl, and watch on YouTube! As always, let&apos;s Climb The Ladder!
Snippet Transcripts

2021 All Star Game Preview
04:15-08:48
the event happening this july july 13th is the All Star game. So we're coming up here next week with the All Star break. Um And that is taking place at Coors Field in Denver colorado. I think we mentioned it earlier this season. They move the All Star game from Atlanta Georgia to course field um Where the Rockies play and Shohei Otani making an appearance in probably every episode this season has made MLB history by becoming the first player ever selected to an All Star game as both a pitcher and a position player. Um And in addition to that he's also competing for the L. In the Home Run Derby. So that is just and huge accomplishment. Show his on fire, definitely the frontrunner for the M. V. P. Award. Um But just halfway through this season I could not be just more surprised how much he's rocking it. Well yeah I mean he's gonna win it too. He'll probably be a top three in the Home Run Derby and just crush it. Um So that would be really fun to watch. But you also to lead the way on the mound for the l. Would be awesome. Yeah. Pretty cool. Seeing just his numbers as far as one leading the league in home runs which is just crazy as a pitcher. Um But also his er is hovering right there around three um for his E. R. A. And it was really good in june I remember so um so he's just gonna be as they're saying on twitter the greatest show on earth um next week during the All Star game and I just can't wait to see what he does both at the home run derby. Um And in the game itself to see see how he pitches to this year is really gonna be electric just for the entire all star environment with fans back at full capacity everywhere. Um And just a really hot first half of this season with kind of um all the 1st and 2nd place rankings up for grabs so far this season. Um And I mean as far as the roster goes, we're not really gonna break down the All Star roster because it's all of the big names and hot players that you guys would really think one that I was surprised by just from his history with the Mariners but not surprised um of his history as of recently. Um He was the only player selected from the reigning ale champion raise. Mike Zunino, who's a former catcher from the Mariners. We couldn't get wait we couldn't wait to get rid of him because he was hitting like a 1 67 batting average. And now would you look at it a couple of years later, he's the only player from the ale champion raise to be sent to the All Star team. Yeah, when I saw that, that's a pretty crazy stat. Just because Zunino was the up and down guy from Tacoma to Seattle usually three or four times in a season. Um definitely became a household name but never one that was too reliable especially at the plate, which catchers are kind of known for. Um and so for him to make it from Tampa Bay. Very cool. Um It is exciting that the Mariners do have a representative in picture Kikuchi we've seen him little bit often on this season. Um But for the most part dealing pretty well, especially in the last couple of months after he battled back from an early season injury. So really excited to see him representing Seattle. Yeah he's had a hot streak lately. He started his first couple start or I mean sorry first for the last couple of seasons he finished with over a five it was like a 5 15. A and he is holding steady at like a 3 12 this season. So he's been looking really good. I think that will represent really well for the american league uh next week. So that'll be exciting coming to you next Tuesday night. Yeah everybody stay tuned. I don't know if we'll have a live coverage or anything but maybe we'll do what we did during the World Series and record a little bit uh during the game just for some live reactions at least. Um But nonetheless excited for the All Star game. Uh The All Star break.

Tokyo Olympics Roster Set for USA Baseball
01:56-04:10
Yeah, just looking over that, um, it's a bunch of guys out of the minor leagues, which I think is going to be really cool exposure for these guys, um, guys from really all over the league, which is really cool. Um, but notably for us, we got a guy on the Tacoma Rainiers, which is the Triple A affiliate for the Seattle Mariners, um, outfielder eric Ophelia out of California, so representing the Northwest there, we got a lot of guys, um, with the Giants, Padres and Dodgers organizations, rightfully so because they're crushing it. Um, yeah, there's a couple notable ones that I saw, um, Todd Frazier who is currently a free agent, and scott Kazmir, who's on the Triple A affiliate of the Giants. Um, both of those players have been to the All Star game before and there's also two World Series champions on the olympic rosters. So I also thought that it was cool that it was mainly minor league players, which a lot of them probably just graduated from college to be able to get a shot. There's also some people on some other professional leagues, uh Japan Mexico uh to name a few. But yeah, I'm really excited. I think it'll be fun. We haven't really followed Baseball in the Olympics very much in the past. So it will be excited to keep a little bit closer eye on this. Um looks like there's 12 position players and 12 pictures selected um with quite the variety of um, experience. So yeah, really excited for that. Yeah. And they are led by skipper mike Scotia who is the former uh Los an Los Angeles Angels manager. So um best of luck to team usa in the Tokyo olympics this year. Glad that it's going to be happening and that will be some exciting baseball content to watch. Yeah, it might be worth grabbing a jersey or a hat or something because that's always fun to support the
Up Next
Popular Playlists
Best Yoga Podcasts: Listen & Learn New Poses Sour Shoe's Greatest Moments on The Howard Stern Show Listen to: Top 15 Funniest Barack Obama Quotes 9 Game Design Podcasts Every Game Designer Needs to Hear 7 Podcast Episodes About The Golden State Killer That Will Keep You Up at Night David Parker Ray & Shocking Audio of the Toy Box Killer You Need to Hear Best UFO Podcasts That Will Abduct Your Mind Controversial Joe Rogan Experience Episodes Audio Wack Packer Beetlejuice Best Moments on The Howard Stern Show 12 Best Episodes of the NoSleep Podcast to Keep You Up at Night Sexy ASMR Audio to Turn You On
Popular Categories
ASMR Business & Tech Cannabis Fashion & Beauty Gaming History Home & Garden Kids & Family Spirituality Travel
Add to playlist
New playlist