Your changes have been saved
All Audio Mabel

Anna Desperately Tries to Get in Touch with Mabel

From Audio: Episode One: The Letters

Elena Hollemon Audio Station
Tagged in this Audio:
More
Jump to Full Description Transcript
Playlists that Anna Desperately Tries to Get in Touch with Mabel appears on.
Share 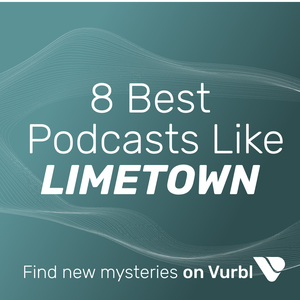 8 of the Best Podcasts like Limetown
58:09 4/6/21 10 audios
Up Next
Full Description
Back to Top
Anna, a home caregiver for an elderly woman named Sally, desperately tries to get ahold of Sally's granddaughter Mabel after discovering a bizarre box of letters in a basement. The box caused Sally to scream in an inhuman way and Anna knows that Mabel might be the only one who knows why.
Transcripts
Back to Top
and Sally's great. She's wonderful. She listens to me and she likes telling stories. And she's kind. She goes out of her way to be kind, but she has secrets. Sorry, I heard something. This is a big house. Before I came here, I don't think I'd ever set foot in a house so big. Last year I worked for a lady who had three different floors upstairs, downstairs and a mezzanine, and I thought that was the most decadent thing in the whole world. Until I came here, you must have had the best time as a kid running around and poking into all these rooms and cubbies and closets and addicts. That was what I wanted to tell you. The attic. So last week, maybe Monday or Tuesday, Sally told me to go get down the box of Christmas decorations from the attic. She wanted to sort through them, see which one she could have me bring into the goodwill in town and which one she might want to put up. The addicts are like, Well, you probably remember what they're like. They're huge, bigger than any house I've ever lived in and full of these insane labyrinth twists and turns. Someone put up walls. But only here and there, these bizarre dividing lines that turned the whole place into Thank you, a naked human brain all looped on itself and gray and buzzing. The boiler is what buzzes. It's like a cat purring endlessly. You can feel it vibrate if you touch the floor, touch the walls. It's like being inside something alive, like being inside a heart. Yeah, mhm, Sally said. The Christmas decorations were right by the stairway door in a box mart 1986. Yeah, and then I found the box. I dusted it off and brought it downstairs. Put it on Sally's wheelchair table for her. But when she opened it up, she started screaming, Not just crying, but screaming like a fox. Like something inhuman. I've seen my fair share of dementia. I've seen panic attacks and heart attacks and stroke and death, and nothing much that the human body can do really scares me anymore. But Sally scared me. I don't think I've ever been so scared. Yeah, I took the box away. Just yeah, threw it in the other room and tried to calm her down. She stopped screaming eventually. Eventually she let me touch her again. Yeah, she looked up at me and said, I'm going into the ground for you. And then she said it again and again and again. I'm going into the ground for you like that. Like it meant something else. Something important. Mhm. I took a long, long time for her to calm down all day. Maybe. Yeah, the relief carer was sick. So I didn't have a break until Sally went to bed that night. And then it was just me in the box. But where do you have done? I went straight for it. There's no version of the story in which I don't go straight for it. Inside. Yeah. Inside. There were letters, hundreds of them, maybe thousands bundled into packets and tied with red and white butcher's twine. All of them had the same envelope with a navy stripe across the top. All of them were written in the same scribbled, uneven handwriting, all of them every single one stamped with a red stamp that read returned to sender. Not one of them opened each one address to Sally Martin at this house at this address. All of them sealed with a single red lipstick kiss. If you could just call me back if you could just let me know that you hear this. I'm not asking for a conversation at this stage. Just something something So I know I'm not talking into a hole in the ground. I just
Up Next
Popular Playlists
Best Yoga Podcasts: Listen & Learn New Poses Sour Shoe's Greatest Moments on The Howard Stern Show Listen to: Top 15 Funniest Barack Obama Quotes 9 Game Design Podcasts Every Game Designer Needs to Hear 7 Podcast Episodes About The Golden State Killer That Will Keep You Up at Night David Parker Ray & Shocking Audio of the Toy Box Killer You Need to Hear Best UFO Podcasts That Will Abduct Your Mind Controversial Joe Rogan Experience Episodes Audio Wack Packer Beetlejuice Best Moments on The Howard Stern Show Best NoSleep Podcast Episodes To Terrify You Sexy ASMR Audio to Turn You On
Popular Categories
ASMR Business & Tech Cannabis Fashion & Beauty Gaming History Home & Garden Kids & Family Spirituality Travel
Add to playlist
New playlist