Your changes have been saved
All Audio Hashtag Cult

Anti-Vax is a Cult too

Start Time: 00:50 End Time: 04:25
Mgtow is a cult. Hashtag Cult Podcast is on all podcatchers trying to teach about coercive relationships and how cults can be anywhere. https://podcasts.apple.com/us/podcast/hashtag-cult/id1525639915

mikefallek
Tagged in this Audio:
More
Jump to Full Description Transcript
Playlists that Anti-Vax is a Cult too appears on.
Share 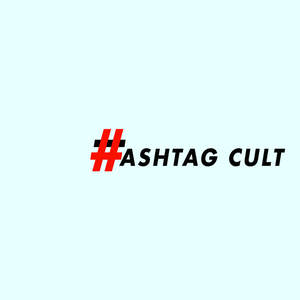 Hashtag Cult Podcast
08:47 3/5/21 5 audios
Up Next
Full Description
Back to Top
Mgtow is a cult. Hashtag Cult Podcast is on all podcatchers trying to teach about coercive relationships and how cults can be anywhere. https://podcasts.apple.com/us/podcast/hashtag-cult/id1525639915

#truecrime #cult #anti-vax
Transcripts
Back to Top
a clip coming up later in the show on one of these pages, Um, it's run by the profiteer who I track most, uh, most closely, um, he is like he's disgusting. But anyway, so this page has, like close to 200,000 followers. It's big, and it's hard to say if a lot of them are like legit followers, or a lot of them are like me, and I have what we call a stock. I have a I have a fake Facebook profile who is? Just since my personal page has been blocked from so many of these sites, I need something to help, like I need another one so that I can get in and just watch. And I'm quiet most of the time, and I never say, and I very, very rarely say anything. But I do have one second watch anyway. So, um, back in maybe January February of 2019, 8, 2020 whatever it was recently, um, there was a woman on one of these pages on this page, and she had, she said, My kid has the flu and the doctor wants me to get Tamiflu, and I have this prescription should I fill it? And the everybody said No, no, no, no, no. This is so dangerous. Don't don't fill the prescription. Do all of these remedies and the kid will be fine. So the woman then says, Okay, I won't fill it so she doesn't fill the prescription. Meanwhile, the kid gets worse and worse and worse and worse, has a really high fever, says Okay, my kid has a really high fever. What do I do? Do I go to the hospital? Dr. People in the group say, No, no, don't do that. They're going to want you to do all of these treatments. You should, you know, do our remedies. So the woman says, Okay, I'll do your remedies. Meanwhile, kid gets worse and worse and eventually ends up dying. And that's one of the worst stories you're going to hear. Usually they don't mean usually you're not going to die, but sometimes they do. And sometimes you know if someone will tell apparent to give give their child to bleach enamel, which is a matter of thing entirely, but it happens and it's abuse. Yeah, these things happen, and they have this community where they feel safe. They don't feel judged. And that's the thing, like they don't like to feel judged. If you are on one of these groups and the parent says, Should I get the tetanus shot? And somebody else says, Of course, Why are you being a bad parent? You Do you want your kid to die? You're You must not be good at what you do being a parent. And again it goes back to wanting to be above and beyond because they feel like the government or whoever they feel like society has failed them. So they run to these groups where they feel accepted, and immediately they get accepted and they have kind of a prior biases that are then confirmed. And they had this huge group of people telling them, You're right, you are doing the right thing and then they fall further and further down the rabbit hole and the further that they fall. As you know, it's harder and harder to get out. So you're going to have some people you can catch early, and it will be okay. And maybe this woman who asked about the tetanus shot for the kid with the fishhook I don't know how old the kid was, but they said it was She was previously unvaccinated. Maybe the tetanus shot is going to be her gateway into more and more vaccines, and she's going to end.
Up Next
Popular Playlists
Best Yoga Podcasts: Listen & Learn New Poses Sour Shoe's Greatest Moments on The Howard Stern Show Listen to: Top 15 Funniest Barack Obama Quotes 9 Game Design Podcasts Every Game Designer Needs to Hear 7 Podcast Episodes About The Golden State Killer That Will Keep You Up at Night David Parker Ray & Shocking Audio of the Toy Box Killer You Need to Hear Best UFO Podcasts That Will Abduct Your Mind Controversial Joe Rogan Experience Episodes Audio Wack Packer Beetlejuice Best Moments on The Howard Stern Show Best NoSleep Podcast Episodes To Terrify You Sexy ASMR Audio to Turn You On
Popular Categories
ASMR Business & Tech Cannabis Fashion & Beauty Gaming History Home & Garden Kids & Family Spirituality Travel
Add to playlist
New playlist