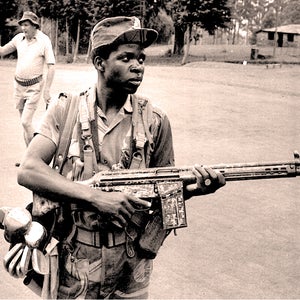 April 13, 1979 – Formerly Rhodesia – Firing Squads In Tehran – Holiday On Sapelo. Click on the snippet for a sample.

Start Time: 00:03 End Time: 01:05
April 13, 1979 – Much news coming out of Africa on this day. Events leading up to the first bi-racial elections in Rhodesia (soon to become Zimbabwe) and the on-going civil war between rival factions and the minority-rule White government. The controversial elections, which were intended to eventual
Category: News & Politics
Publish Date: Apr 13, 2021
Snipped By:
Share
station description Past Daily: News, History, Music And An Enormous Sound Archive.

Past Daily: Amazing Historical Concerts & News
Jump to Full Description Transcript
Playlists that April 13, 1979 – Formerly Rhodesia – Firing Squads In Tehran – Holiday On Sapelo. Click on the snippet for a sample. appears on.
Share

Past Daily: News Junkies
05:49:19 11/2/20 82 audios
Up Next
Full Description
Back to Top
April 13, 1979 – Much news coming out of Africa on this day. Events leading up to the first bi-racial elections in Rhodesia (soon to become Zimbabwe) and the on-going civil war between rival factions and the minority-rule White government. The controversial elections, which were intended to eventually lead to a modified Black-majority rule was the target of nationalist guerrillas. A ferry that ran between Botswana and Zambia was blown up as well as a commando strike in the capitol city of Zambia which borders on Rhodesia. Rhodesian troops were flown into Zambia to attack the home of opposition leader Joshua Nkomo and other guerrilla installations in the suburbs of Lusaka. Reports from Lusaka claimed Nkomo’s home and those of his chief aides were gutted and still burning at latest report. Nkomo was reported to have escaped the attack, having the night elsewhere. Another target was Nkomo’s guerrilla headquarters, Zimbabwe House and Lusaka reports said the joint headquarters of several other African guerrilla groups, Liberation House was also hit. It was the first raid of its kind by ground troops.

Also from Africa; Tanzania said it was sending commando units eastward from Kampala, the captured capitol city of Uganda. The units in civilian dress were looking for deposed dictator Idi Amin, seeking to bring him back to face trial on mass murder charges.

There were seven more executions in Iran the past day, including one of Major Bijan Yahyahi who was head of the political prison in Tehran, along with six other officials accused of regular torture of inmates at the prison. It was the first revolutionary trial and execution witnessed by Western reporters.

And President Carter was finally getting away for a much needed vacation, entering his first full day of relative inactivity on Sapelo Island, off Georgia’s coast. It was his first vacation since Christmas. And so after landing on Sapelo Island, Mr. Carter had lunch with Mrs. Carter and daughter Amy, read, walked on the beach and rested, according to the White House Press Secretary. Carter took very little work with him, and since Congress was also on its Easter break there weren’t many pressing domestic issues. In the back of his mind was the on-going issue of the SALT talks, with an agreement on the verge of being signed.

And that’s a small slice of what was going on, this April 13, 1979 as reported by The CBS World News Roundup.

Transcripts
Back to Top
Rhodesia next week holds controversial biracial elections to lead to a transition to a modified black rule today. Dramatic moves in the apparent attempt to guard those elections against interference by nationalist guerrillas. A ferry that runs between Zambia and Botswana blown up, and a commando strike in the capital city of Zambia, which borders on Rhodesia. Ian Mills has more from salisbury. Under top security cover, rhodesian troops were flown into Zambia early friday to attack on commons home and other gorilla installations in the suburbs of the soccer. The military High command here has merely confirmed the attack and said it was complementary to the recent air attacks against him cuomo camps in Zambia. The soccer reports say that on CUomo's home was completely gutted and still burning early friday, together with those of some of his cheap AIDS and CUomo is reported to have escaped the attack having spent the night elsewhere. Another target wasn't CUomo's guerilla headquarters, Zimbabwe House and lusaka reports say that the joint headquarters of several other
Up Next
Popular Playlists
Best Yoga Podcasts: Listen & Learn New Poses Sour Shoe's Greatest Moments on The Howard Stern Show Listen to: Top 15 Funniest Barack Obama Quotes 9 Game Design Podcasts Every Game Designer Needs to Hear 7 Podcast Episodes About The Golden State Killer That Will Keep You Up at Night David Parker Ray & Shocking Audio of the Toy Box Killer You Need to Hear Best UFO Podcasts That Will Abduct Your Mind Controversial Joe Rogan Experience Episodes Audio Wack Packer Beetlejuice Best Moments on The Howard Stern Show 12 Best Episodes of the NoSleep Podcast to Keep You Up at Night Sexy ASMR Audio to Turn You On
Popular Categories
ASMR Business & Tech Cannabis Fashion & Beauty Gaming History Home & Garden Kids & Family Spirituality Travel
Add to playlist
New playlist