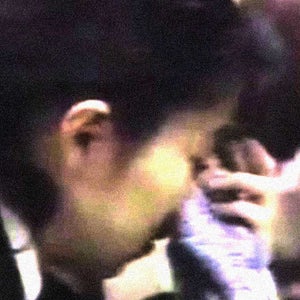 April 15, 1995 - "Something Terrible Was Supposed To Happen In Tokyo Today". Click on the snippet for a listen.

From Audio: April 15, 1995 - "Something Terrible Was Supposed To Happen In Tokyo Today".

Past Daily: Amazing Historical Concerts & News
Tagged in this Audio:
More
Jump to Full Description Transcript
Playlists that April 15, 1995 - "Something Terrible Was Supposed To Happen In Tokyo Today". Click on the snippet for a listen. appears on.
Share

Despite a prediction delivered by Shoko Asahara, head of the Aum Supreme Truth cult, suspected of carrying out the earlier Subway attack, killing 12 people and injuring over 1,000 others, Tokyo remained quiet and uneventful.

Although the prophesy delivered by the cult didn’t indicate it would be another gas attack, Cult members indicated it would be something on the order of a catastrophic earthquake.

But Japanese authorities weren’t taking any chances and weren’t giving the all-clear signal. Instead, some 20,000 police officers were on the streets of Tokyo and were slated to remain all weekend. The city remained unusually quiet with streets virtually empty on an otherwise busy Saturday. Cult members were still in hiding, and delivered another message saying yet another “terrible event” would take place in September.

Iraqi leader Saddam Hussein went on State Television to condemn the UN’s offer to sell some of its oil to pay for humanitarian supplies. Although the offer wasn’t rejected outright, the estimated $2 billion would be raised to provide food and medicine which was in short supply because of UN sanctions imposed at the end of the Gulf War. Iraq claimed the oil sale would infringe on its sovereignty.

The weekend represented two Holy observances in the Middle East this year, with Jews celebrating Passover and Christians celebrating Easter. In anticipation of trouble, Israel sealed off the West Bank and Gaza strip, ahead of threatened attacks by Muslim extremists in the region. Defense Minister Netanyahu called for military action in Gaza, but Prime Minister Rabin ruled out army action in Gaza, fearing it would destroy the fragile peace process taking place and saying the only way to prevent violence was to separate Israelis from Palestinians.

The Simpson “trial of the century” labored on, with Dennis Fung heading for his 8th day of testimony upcoming on Monday. Fung was accused of covering up evidence for detectives and tampering with the crime scene. Prosecution was determined to turn the doubts laid down by the Defense team. Further agitating the situation was defense attorney Robert Shapiro handing out Fortune Cookies with the message “These Are From Dennis Fung”, which brought condemnation from Police Chief Willie Williams and the Asian community for its hypocrisy and racism.

And a 9 day strike by employees at some 400 supermarkets in Central and Northern California finally ended after tentative settlement was reached. Final ratification was still pending as rank-and-file were slated to vote on the contract in the days to come.

And that’s a small slice of what went on this April 15th, 20 years ago as presented by The CBS World News Roundup.
Transcripts
Back to Top
emphasised disaster. Iraq throws cold water on the U. N. Oil sale offer. A big grocery strike ends in California. Good morning. I'm Mitchell Kraus with the CBS world news roundup. It's late saturday in Tokyo, but so far no disaster as predicted by the man believed to be behind last month's terrorist gas attack, Steve Herman report. Normally the streets of Tokyo shopping and entertainment districts would have been packed. It's a saturday with nice spring weather, but there are far fewer people out. Police say they put 20,000 officers on the streets because of a prophecy issued by cult leader, Shoko Asahara, the head of the Alm supreme Truth sect which is suspected of carrying out the March 20th subway nerve gas attack, predicted that something terrible would happen in Tokyo Today. Alm senior members said that something would not be a terror.
Up Next
Popular Playlists
Best Yoga Podcasts: Listen & Learn New Poses Sour Shoe's Greatest Moments on The Howard Stern Show Listen to: Top 15 Funniest Barack Obama Quotes 9 Game Design Podcasts Every Game Designer Needs to Hear 7 Podcast Episodes About The Golden State Killer That Will Keep You Up at Night David Parker Ray & Shocking Audio of the Toy Box Killer You Need to Hear Best UFO Podcasts That Will Abduct Your Mind Controversial Joe Rogan Experience Episodes Audio Wack Packer Beetlejuice Best Moments on The Howard Stern Show 12 Best Episodes of the NoSleep Podcast to Keep You Up at Night Sexy ASMR Audio to Turn You On
Popular Categories
ASMR Business & Tech Cannabis Fashion & Beauty Gaming History Home & Garden Kids & Family Spirituality Travel
Add to playlist
New playlist