April 19, 1995 - Terror With A Familiar Face - The Oklahoma City Bombing - click on the snippet for a reminder. 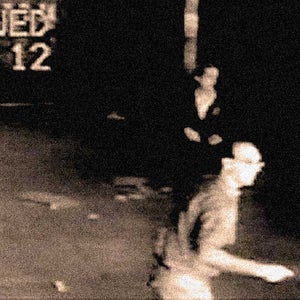 02:49
Play Audio
Add to Playlist
Share Report
April 19, 1995 and the shocking news that “something” was detonated outside the Federal Building in Oklahoma City, and that loss of life was expected. The early reports were sketchy – initially 8 were reported dead and those responsible were erroneously believed to be Muslim Fundamentalists. One rep
Category: News & Politics
Publish Date: Apr 19, 2021
Snipped By:
Share
station description Past Daily: News, History, Music And An Enormous Sound Archive.

Past Daily: Amazing Historical Concerts & News
Tagged in this Audio:
More
Jump to Full Description Transcript
Found on these Playlists
Full Description
Back to Top
April 19, 1995 and the shocking news that “something” was detonated outside the Federal Building in Oklahoma City, and that loss of life was expected. The early reports were sketchy – initially 8 were reported dead and those responsible were erroneously believed to be Muslim Fundamentalists. One report claimed a group with links to terrorists then on trial for a similar bomb attack on the World Trade Center in 1993 were taking credit.

But as the minutes ticked on, the story went from shock to outrage, the number of deaths rose dramatically, and the possibilities this may have been a home-grown terror attack were slowly emerging.

People were reminded it was a year earlier to the day, that the Branch Davidian compound in Waco Texas had burned to the ground during a raid by the FBI and ATF – oddly, two branches of the Government who had offices in the Federal Building. And some speculated it may have been a retribution bombing by any one of a number of anti-government groups springing up around the country.

And as the story and the horror grew in intensity – the seemingly innocuous reports quickly eclipsed news of another subway terror attack this day – one which took place in Yokohama and featured a similar gas attack to the one which paralyzed Tokyo only a month earlier. Only this one utilized Phosgene Gas, a particularly deadly chemical mixture used during World War 1.

Even that took a backseat the goings on in Oklahoma City.

As a reminder, here are some early reports (from roughly 8:00 am PDT) via CBS Radio News as the story gradually unfolded.
Transcripts
Back to Top
reported dead in the tremendous explosion that tore off the wall of nine stories of a federal office building in downtown Oklahoma city, John cox is a spokesman for the Oklahoma governor. They've confirmed eight fatalities, 2 adults and six Children. We believe through the reports that the six Children were in a daycare center that is housed in the federal building where the, where the explosion took place. Uh, the two adults, it's not known where they were in the building. Governor keating himself says it's still unclear what caused the blast. I know of no threat and I know of no warning. The size of the explosion indicated, I think too many of us who have have been in this business that it had to be more than utility blast, and apparently that's what occurred. But it's a terrible, terrible thing that these innocent people could be savaged like this. Federal agents say they think the building was bombed. At least two explosive devices were found in a car near the scene, and a local T. V. Station says it received a call from someone who claimed the nation of Islam group was responsible. Cynthia gun is at University Hospital, pretty much the victims have broken bones, cuts and bruises and burns. 60 adults are being taken care of now. At University Hospital, at Children's Hospital, there are 10 Children and five adults at that facility. They range in fair to critical condition and a sad note here. Uh the ages are from two months to 18 years. The White House says a team of FBI agents has been sent to Oklahoma city and the Federal Emergency Management Agency is mobilizing assistance. Reporter Mark Knoller says there's a heightened state of alert at the White House. Security personnel are performing extra checks of people on the way into the building. There's a report that the FBI is checking all federal buildings across the country for possible bombs. Jim Stewart is in Washington. There is certainly a heightened awareness here in this city, and the FBI in particular seems determined to add some security around its building. It's also reported that an agent who works for the Bureau of alcohol, tobacco and firearms was in charge of 50 agents in Waco texas where the Branch Davidian compound burned to the ground. The anniversary of that is three years ago. Tomorrow. CBS News update. I'm Mitchell Kraus CBS. News. This is frank, said Tapani, A spokesman for Oklahoma Governor frank keating says the apparent bombing of the federal office building in Oklahoma city Has taken the lives of eight people, including at least six Children. Some of the victims may have been across the street from the blast site, not in the building itself. The explosion sent nearly 100 people, the local hospitals and forced officials to evacuate the downtown area. Fire officials say some people are still trapped inside the building. Rescue workers are trying to crawl through the wreckage to reach them. Mayor Ron Norick was in his office. At the time the building shook real hard and we knew something had happened. We were concerned that maybe there was and
Up Next
Add to playlist
New playlist