April 22, 1939 – Dedicating Freedom Of The Press – New York World’s Fair – click on the snippet for a samplel. 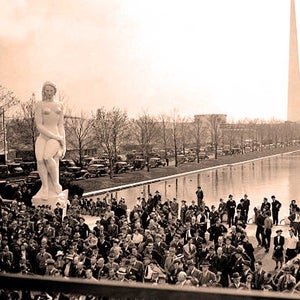 01:49
Play Audio
Add to Playlist
Share Report
It would only seem natural, with all the saber rattling and threats from Fascist dictators in 1939, that we be reminded (in a big way) of what Freedom of The Press was all about. And what better place to do it than the New York World’s Fair of 1939.

Past Daily: Amazing Historical Concerts & News
Tagged in this Audio:
More
Jump to Full Description Transcript
Found on these Playlists
Full Description
Back to Top
It would only seem natural, with all the saber rattling and threats from Fascist dictators in 1939, that we be reminded (in a big way) of what Freedom of The Press was all about. And what better place to do it than the New York World’s Fair of 1939.

The 1939–40 New York World’s Fair was a world’s fair held at Flushing Meadows–Corona Park in Queens, New York, United States. It was the second-most expensive American world’s fair of all time, exceeded only by St. Louis’s Louisiana Purchase Exposition of 1904. Many countries around the world participated in it, and over 44 million people attended its exhibits in two seasons.[2] It was the first exposition to be based on the future, with an opening slogan of “Dawn of a New Day”, and it allowed all visitors to take a look at “the world of tomorrow”.

We needed to be reminded then (as we still need to be reminded) that Press Freedom is crucial to a functioning and democratic society. Of course, these days the rules are being a bit bent to include Freedom to fabricate the news, Freedom to invent the News and Freedom to distort the news. But that’s a moral question, I suppose – and with Freedom comes responsibility; to infuse that responsibility with a sense of integrity and facts.

In 1939 Freedom of The Press was a crucial and necessary Freedom in the gradually deteriorating world around us.

Here is that dedication, as it was carried live by WOR-AM in New York and broadcast via the Mutual Broadcasting System on April 22, 1939.
Transcripts
Back to Top
members of the Associated Press. Ladies and gentlemen, I'm very sorry indeed, that Mr Whalen is unable to be here today. He had a rather severe attack of influenza, from which he is now endeavouring to recover his complete strength for the big opening day on april 30th. So I'm speaking for him today. As we meet here in dedication of the sculptured figure. Freedom of the press. We may well renew our faith in the coming period of american history. It gives me exceeding great pleasure therefore, to welcome to the new york World's Fair, your men and women to represent all that is highest in american journalism and the cleanest press in the world. You are, I hope, well aware of the part that you have played in creating this international exposition. The fair was conceived by the mother city of new york. But you might take great credit While selling affairs ideals to the American nation which in turn transmitted them for the 60 nations now participating. To say that the Fair cooperation is grateful to the american Press. This heartfelt but not entirely adequate. It is my belief. But once the lessons of the fair have been written in times of deeds, the entire world must turn to you with gratitude for your just treatment and your enthusiasm. It is already obvious though. The opening day of the fair is still a few days away that the Exposition has administered a stimulant to well thought of our destiny. It is as though the thought of actually planning a world of tomorrow. We're entirely a new concept.
Up Next
Add to playlist
New playlist