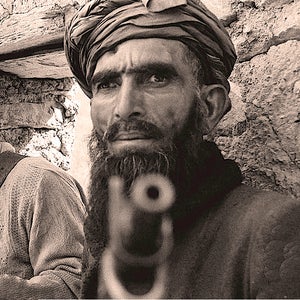 April 27, 1978 – Reviving Peace Talks – About Bert Lance – Picturing Kabul. Click on the snippet for a sample.

Start Time: 00:02 End Time: 01:11
April 27, 1978 – a day with long-lasting effects, but weren’t aware of at the time. Beginning with news that Israeli Foreign Minister Moshe Dayan was in Washington for talks with President Carter and to lodge a protest and gather support against the latest Middle-East Arms package, which had drawn v
Category: History
Publish Date: Apr 27, 2021
Snipped By:
Share
station description Past Daily: News, History, Music And An Enormous Sound Archive.

Past Daily: Conflict's Greatest Hits
03:56:24 11/2/20 59 audios
Up Next
Full Description
Back to Top
April 27, 1978 – a day with long-lasting effects, but weren’t aware of at the time. Beginning with news that Israeli Foreign Minister Moshe Dayan was in Washington for talks with President Carter and to lodge a protest and gather support against the latest Middle-East Arms package, which had drawn vigorous opposition on Capitol Hill and which President Carter was going to submit to Congress in the next few days.

Bert Lance, President Carter’s close friend and former Budget Director has been trying the past few months to keep out of the public eye. Now he’s back in it. The previous year, Lance argued that official investigations had failed to uncover any evidence he committed illegal or unethical acts as a banker. But a few days ago, two Federal Regulatory agencies; the Controller of the Currencies and the Exchange Commission are saying there was such evidence. They formally charged Lance’s banking activities constituted a violation of seven different sections of the Securities law, and that they amount to Fraud and deceit. The new action was a civil proceeding. The Grand Jury looking into the same matter has not yet voted on whether to bring any criminal charges. Lance is not admitting or denying the new charges against him, but he said he would not contest them in court.

And at the end of this newscast is a breaking story; a coup taking place in Afghanistan with fighting going on and tanks rolling in the streets of Kabul. Sketchy reports from New Delhi monitoring the situation said the coup was an attempted overthrow of the government of Mohammad Daoud and that some 50 tanks were involved along with artillery and automatic weapons with fighter planes buzzing the Capitol. Diplomatic sources in Kabul said bodies were lying in the street and fighting had spread to the airport, which was closed soon after the coup began.

And that’s a small slice of what happened this April 27, 1978 as reported by The CBS World News Roundup.

Transcripts
Back to Top
CBS World News Roundup Israeli, Foreign Minister moshe Dayan is having an active day in Washington, starting off with breakfast with members of the Senate Foreign Relations Committee before another conference with Secretary of State Vance Diane is working for resumption of deadlock Middle East peace talks, but he's also campaigning against President carter's Middle East arms package, which has drawn vigorous opposition on Capitol Hill, with which Mr carter says he intends to submit formally in the next few days. And CBS news diplomatic correspondent Marvin Kalb reports sharply different opinions of its prospects. Somebody's count is wrong. One source at the White House says that after a full public airing of the issues, Congress will come around and support the President's plan To sell over $4 billion dollars worth of warplanes to Israel Egypt and Saudi Arabia as a single package 10 knows counters on the House side met last night to double check an original estimate that they have the votes to defeat the President's plane plan. They confirmed their original estimate on the Senate side. One knowledgeable source predicts that three out of every four senators will vote against the President's plan because they oppose
Up Next
Popular Playlists
Best Yoga Podcasts: Listen & Learn New Poses Sour Shoe's Greatest Moments on The Howard Stern Show Listen to: Top 15 Funniest Barack Obama Quotes 9 Game Design Podcasts Every Game Designer Needs to Hear 7 Podcast Episodes About The Golden State Killer That Will Keep You Up at Night David Parker Ray & Shocking Audio of the Toy Box Killer You Need to Hear Best UFO Podcasts That Will Abduct Your Mind Controversial Joe Rogan Experience Episodes Audio Wack Packer Beetlejuice Best Moments on The Howard Stern Show 12 Best Episodes of the NoSleep Podcast to Keep You Up at Night Sexy ASMR Audio to Turn You On
Popular Categories
ASMR Business & Tech Cannabis Fashion & Beauty Gaming History Home & Garden Kids & Family Spirituality Travel
Add to playlist
New playlist