Episode 12 (S2). A conversation about Poverty 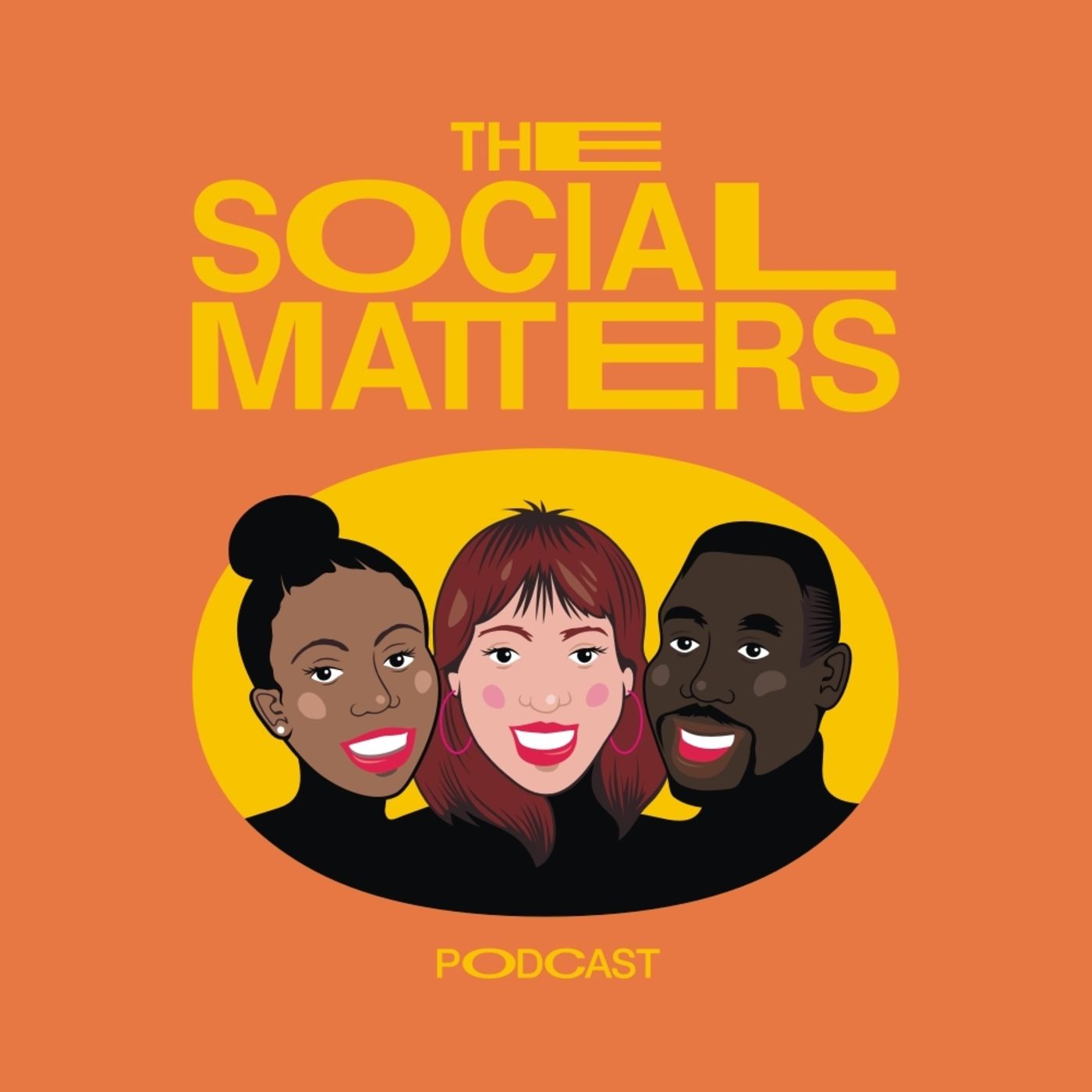 Three friends that happen to be social workers discuss current social/social work issues from their front room. Your favourite trio of social workers get together once again to have a conversation about poverty. Poverty is such a significant factor for many people in society but do we, as social wor
Category: Science
Publish Date: Mar 08, 2020
Tagged in this Audio:
More
Jump to Full Description
Snippets are a new way to share audio!
You can clip a small part of any file to share, add to playlist, and transcribe automatically. Just click the to create your snippet!
Snippets: Clips of Episode 12 (S2). A conversation about Poverty that people like
Add to Playlist
Share 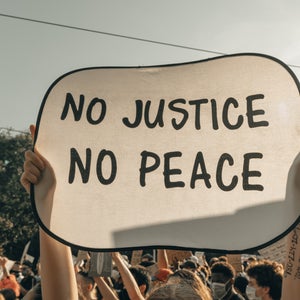 Audio from the Top 10 Podcasts on Social Issues to Inspire and Inform
08:53:51 6/15/20 10 audios
Up Next
Full Description
Back to Top
Three friends that happen to be social workers discuss current social/social work issues from their front room. Your favourite trio of social workers get together once again to have a conversation about poverty. Poverty is such a significant factor for many people in society but do we, as social workers, have enough conversations about the impact of poverty? How often is this in the forefront of our minds when we are understanding the experience of others and making decisions on their abilities?This is a conversation that Nadia, Fran and Eugene were keen to have and to share their experience, reflections and ideas about poverty and it's role in social work. Tune in for another intriguing and informative episode. If you enjoy this episode then share with your friends, leave a review and follow The Social Matters Podcast on Twitter, Instagram and Facebook. The handle is @matterspodcast
Snippet Transcripts

Social Problem Poverty
07:27-10:47
today. So who wants to kick off I suppose is thinking about this subject in the context of I suppose there's a linking in with the podcast as a social political matter, but also as in social workers, how we think about poverty. Yeah. I wonder if it be helpful to start with a definition initially. And I suppose it's recognizing I guess it's quite contested in some ways, isn't it? It's not necessarily a clear one. But I know now do you with having a think about that? Yeah. I was having a look for some definitions and some some of them. I felt basically the one that I'm going to read out, I feel is the one that's the clearest. And like you say, there are all kinds of different definitions and how numbers don't quite fear, you know, it's all relative. But anyway, here is what the the definition that I feel that works well for me. It's his firstly, poverty is not quite the same thing as having a low income people and families can have different fixed costs to contend with like childcare, housing costs associated with disability as well as different levels of savings or assets to draw upon. And so what the actual definition used by a number of international world organizations such as the U. N. And the World Bank is that poverty is when you cannot afford the basic needs of life such as food, clothing, shelter and so on. So I thought that was really clear and really helpful. Where did you get that definition from? So it's from the UK's independent fact checking charity is called full fact if you go on full Factor or there's loads of information about poverty and as well as loads of other things, but just for the purpose of this episode, can check that out. I heard you say that definition in the warm up, but I don't think I was actually listening and I should go back and listen to our episode and activists haven't improved listening to you say again. It just makes me really think about how it kind of links in with a lot of our values around thinking about problems in a systemic way. So looking at not only the individual, but all of the contextual factors around the impact on how somebody is in a position of poverty. So it's not just about or you're earning X amount or Yeah, that's why you're right. But then the impact of austerity, maybe you the cost of living in London compared to the cost of living somewhere else. Your money will in another area, your money will travel further and then pressures of bills and the cost of having Children and stuff like that. And it just makes me think that poverty Is something that we're having a discussion about now, but the 35, 40 minutes that we talk about now is not enough time to really, really dissect Children really get into the impact of poverty on society when in social work practice a lot of the families that will engage with Yeah, I was just thinking about how, you know, you know, sometimes I think, well I know I've been guilty of this has been like, I'm so poor right now or you know, like yeah, I'm feeling so poor and how the pressure of that that feels like sometimes when you can't go out or you can't buy certain things that you can't do certain things, let alone that be in your day to day or your every day. And I'm just thinking about how that feels for me in that moment, I feel restricted, I feel pressured. I feel kind of overwhelmed of emotion, but it's usually only very, you know, fleeting until I get paid again. But just imagine how that is for people on a day to day, if that's their day to day.

Social Problem Poverty
00:03-03:23
Yeah. Hello and welcome back to the Social matters podcast. We are three social workers talking about Social matters. My name is Fran. I'm Nadia and I'm Eugene. No go what are you going to say? I was just going to say just as Eugene press record and then France started talking. I was like, I love doing this. I had that same feeling and I don't know why I just had that same feeling just now. I was like, this is really great. That and also it is just so nice to record your friends, isn't it? And we have a laugh and we have a good time. You're feeling it. And also, I guess just for listeners were I was going to say, we're doing a bit of a road show or not, but we're kind of on tour. We're not in our usual studio, but it's nice as well to mix it up a bit. So we're in a different location, secret location. But I think that's contributed to the feeling that I had. And also we kind of set in slightly different positions because I keep I keep looking at you going to write, I was looking at friends, friends, you don't sit to my left, so friend, you're over here in your opposite me. But yeah, I just felt I just had a feeling of that, oh, this is great. Maybe there's something in mixing it up a bit as well. True and where we're recording mixing up and where we're sitting because we're giving us new energy. Yeah. We just put ahead of the episode that we just released on instagram the screenshot of our conversation in deciding how to do the active listing episode and it's just a reflection of how busy we are and how it's difficult to get free people in at once and we're actually not on a weekend, not on a random day, but we just have to squeeze some time at some point to get this done. But yeah, I would say exactly what you guys said, it's great recording with friends and doing something that you enjoy it because I can't live for this was going to die at some point but so did the pilot falls off the edge of a cliff. So I was gonna say how are you both? But you've almost done a little checking, it sounds like full full of energy or enthusiasm but yeah, anything you want to add to other than the fact that we love each other and our podcast and we're feeling good. So I think we don't actually talk about the weather that much on this podcast which is surprisingly very un british and we're just coming off storm kira, Siara, Siara and Chiara reading this on twitter and I thought it was Chiara but there was a whole twitter thing going on and saying no one else has his purple kira and no one else's parents get your, apparently it's kira who decided that all I know is it's not the same way as Sciarra as in the singer song. Yeah, See I was just calling her Chiara. No no Sciarra sierra. She would say no one's music.
Up Next
Popular Playlists
Best Yoga Podcasts: Listen & Learn New Poses Sour Shoe's Greatest Moments on The Howard Stern Show Listen to: Top 15 Funniest Barack Obama Quotes 9 Game Design Podcasts Every Game Designer Needs to Hear 7 Podcast Episodes About The Golden State Killer That Will Keep You Up at Night David Parker Ray & Shocking Audio of the Toy Box Killer You Need to Hear Best UFO Podcasts That Will Abduct Your Mind Controversial Joe Rogan Experience Episodes Audio Wack Packer Beetlejuice Best Moments on The Howard Stern Show Best NoSleep Podcast Episodes To Terrify You Sexy ASMR Audio to Turn You On
Popular Categories
ASMR Business & Tech Cannabis Fashion & Beauty Gaming History Home & Garden Kids & Family Spirituality Travel
Add to playlist
New playlist