This week on The Best of Car Talk, should Jason dump his beloved Camaro? It needs a new engine and completed its mission to help him find a girlfriend. Elsewhere, Shelly has the happiest dog in the world as her Explorer is spewing dog food from the vents;
Category: Adventure Machines Automotive
Publish Date: Aug 15, 2020
Tagged in this Audio:
More
Jump to Full Description
Snippets are a new way to share audio!
You can clip a small part of any file to share, add to playlist, and transcribe automatically. Just click the to create your snippet!
Snippets: Clips of Audio of Episode #2033: A Big, Beautiful, Piece of Junk | Car Talk that people like
Add to Playlist
Share 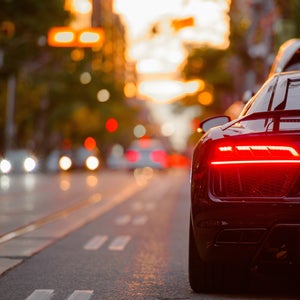 Classic Car Talk: Best Audio Moments
06:06:11 11/11/20 12 audios
Up Next
Full Description
Back to Top
This week on The Best of Car Talk, should Jason dump his beloved Camaro? It needs a new engine and completed its mission to help him find a girlfriend. Elsewhere, Shelly has the happiest dog in the world as her Explorer is spewing dog food from the vents; Oscar needs to decide whether to fix his wife's brakes or buy more life insurance for her; and should Barbara attempt her 6-month road trip in a VW Camper Van if she expects it to last more than 6 days? Also, from the land of Wacko theories, Teresa's husband thinks he has a better to chance to survive a collision if he's not wearing a seat belt; and our on-call chemist Jim Davis weighs in on Ray's hungry water theory. All this and more, this week on The Best of Car Talk.
Snippet Transcripts

Highlight of Episode #2033: A Big, Beautiful, Piece of Junk | Car Talk
10:31-15:35
you may not know is the official car talk chemist, and he moonlights by occasionally teaching at that. What is that little school up the street there? Wg you World's greatest university World's greatest university, otherwise known as Harvard, right? Or should I say, Harvard, Harvard were fighting fiercely, thank U S. So what do you want, Jim E. Understand that somebody called in last week and wanted to talk about distilled water versus tap water for radio and also that Ray came up with some fascinating new theory of hungry water that I'd like to hear about. I could tell I didn't come up with a way received some some months or years. Let's go back to the call. The call was from a guy who wanted to know. Should I put this stilled water in my radiator instead? Off tap water, I said, G, I don't see how it could hurt. Sounds like a jolly good ideas. Like a good idea to me. My brother immediately leaps in and says, Hey said we got a letter or something from someone a long time ago. That said, distilled water is hungry water. It's distilled because it doesn't have any minerals in it. And so it's looking for minerals, wants them and it's hungry. Water. It's pulled, so it's gonna suck. It's gonna suck the steel right out of the bloc. Ugo, let's see if we can sort this out here. Um, just I don't think distilled water could hurt a radiator, but I also don't think it makes much difference in the modern radiator. If you had one of these old jobs that blows steam all the time and you constantly have to refill it well, you would have a problem with mineral buildup from tap water. But if you've got a modern radiator that's fairly well sealed and seldom, if ever needs toe have, uh to be topped off with top water, then it really is not going to make much difference. Don't forget, it's not just in contact with the metal of the radiator, but it's also in contact with the engine, right, The cast iron in the aluminum. Yeah, but now in a radiator, you don't just have water, do you? Don't you also put coolant, which contains anti oxidants, precisely to prevent that from happening? And that process is going to happen or not happen without regard to whether the water is distilled or tap water. But I tell you about this other thing the hungry water business in order. I'm disappointed that you're not on my side. We'll look into that. We've got a research grant and try T o make some progress there. But in order for minerals to get dissolved in order for the metal itself to get into the water, it would have to be oxidized. And once again, that's where your antioxidants are supposed to prevent it. But it's the antifreeze wears out and it becomes less oxygen. You do have to change, drain it and and refresh it periodically. Don't you dio? Yeah, and I mean what if you did not change? It would The question is, would the distilled water have be more likely? Toe. Dissolve the block, right? What if there were no antifreeze? What if you had just plain all distilled water? Well, both distilled water and tap water would very quickly start rusting the innards of your radiator and whatever else. But would you still want to do it fast? Because there's more room? No, not really. It's more hungry. It really depends on the oxidation. E eso. Have you ever heard the expression of hungry water before, Jim? No, I've heard of heavy water. I've heard of that to Polly water, which turned out to be absolute nonsense. But hungry water. I got to go back to the lab waken do that? Well, I wish you'd give this a little more thought. E o Let's talk to the lab. I mean, this is another one of those theories. Now, I will admit that in this case, my brother did not invent the theory. But my brother is was somewhat famous for presenting, presenting theories which sound so good. Well, I'll tell you the letter and in the ultimate analysis are complete bull feathers. Well, the letter was sounded so authoritative. Way had no evidence that there ever was a letter. Well, e, it wasn't It wasn't a letter in the traditional sense. I mean, like Pan on paper, it wasn't like a dream. It was like a dream sequence. But it sounded so good that Jim could have even been the theoretician himself. Well, I mean, it was it was interesting enough that we had Thio resort to Jim. Yeah. Yeah, well, I thank you for the
Up Next
Popular Playlists
Best Yoga Podcasts: Listen & Learn New Poses Sour Shoe's Greatest Moments on The Howard Stern Show Listen to: Top 15 Funniest Barack Obama Quotes 9 Game Design Podcasts Every Game Designer Needs to Hear 7 Podcast Episodes About The Golden State Killer That Will Keep You Up at Night David Parker Ray & Shocking Audio of the Toy Box Killer You Need to Hear Best UFO Podcasts That Will Abduct Your Mind Controversial Joe Rogan Experience Episodes Audio Wack Packer Beetlejuice Best Moments on The Howard Stern Show Best NoSleep Podcast Episodes To Terrify You Sexy ASMR Audio to Turn You On
Popular Categories
ASMR Business & Tech Cannabis Fashion & Beauty Gaming History Home & Garden Kids & Family Spirituality Travel
Add to playlist
New playlist