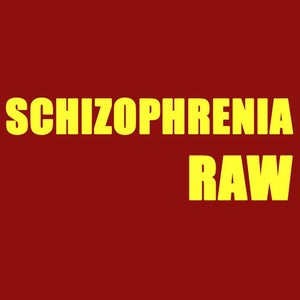 My apologies for not publishing the second of three drafts total of Heart of the Sunrise which upon completion of Heart of the Sunrise Third Draft, it will also be its final draft written with intention for publication in The New Yorker and similar magazines and writing contests and I will be workin
Category: Cannabis
Publish Date: Aug 13, 2015
Tagged in this Audio:
More
Jump to Full Description
Snippets are a new way to share audio!
You can clip a small part of any file to share, add to playlist, and transcribe automatically. Just click the to create your snippet!
Snippets: Clips of Audiobook | Heart of the Sunrise by Jonathan Harnisch | Second Draft & Intro that people like

There are currently no playlists containing this audio.
Add this audio track to one of your playlists
Add to Playlist
Up Next
Full Description
Back to Top
My apologies for not publishing the second of three drafts total of Heart of the Sunrise which upon completion of Heart of the Sunrise Third Draft, it will also be its final draft written with intention for publication in The New Yorker and similar magazines and writing contests and I will be working on its corresponding notes, query letter, synopsis and outline. Thank you. ?From the previously published First Draft: “Heart of the Sunrise” is a chronicle of my struggles with mental illness and my efforts to use writing and writing therapy to work through these difficulties, and the story of Georgie Gust, a fictionalized version of my teenaged self. Georgie Gust attends a prestigious prep school, where he wrestles with his Tourette’s Syndrome as well as his romantic feelings for the beautiful Claudia. Claudia is an intelligent and mature young woman who is willing to look past Georgie’s tics and see him for the inquisitive, intelligent young man that he is. As their relationship progresses through midnight excursions off school grounds, the exchange of passionate letters, and profound conversations about philosophy and God, Georgie also struggles to confront the truth about his other afflictions and what they mean for his future. You can find me on Google+, Facebook, and Twitter, my preferred social media site. I have written a semi-fictional and semi-autobiographical bestselling novel, “Jonathan Harnisch: An Alibiography,” which is available on Amazon and through most major booksellers. “Heart of the Sunrise” is the next installment of my “Alibiography” series. Other books of mine include “Sex, Drugs, and Schizophrenia,” “Glad You’re Not Me,” “Porcelain Utopia,” “Freak,” “Of Crime and Passion,” and “The Oxygen Tank.” I am also a noted, and sometimes controversial, mental health advocate, fine artist, blogger, podcast host, patent holder, hedge fund manager, musician, and film and TV writer and producer. “Heart of the Sunrise” had begun as a work of non-fiction, in which the author describes, through a series of short, deeply personal essays, his struggle with mental illness and the general sense of alienation brought on by his altered perception of reality. Through this writing therapy, the author attempts to reconcile the exhausting nature of his affliction with his desire to create art and engage with the world around him. Taking the reader on a profound journey through the mind of someone wrestling with schizophrenia, post-traumatic stress disorder, and Tourette’s Syndrome, among other things, the author shares insights as he seeks catharsis. The story of Georgie Gust comprises the latter, main portion of the manuscript. Switching to a fictionalized narrative, the author tells the story of Georgie first by providing a detailed character analysis and then following Georgie through his time at prep school. Although his Tourette’s Syndrome sets him apart from the rest of his classmates, it does not deter the mature and beautiful Claudia from pursuing a relationship with him. Seeing Georgie as more than a series of tics, Claudia recognizes him for the unconventional intellectual that he is, and together they explore a number of theological and philosophical questions that defy neat and simple answers. Nevertheless, Georgie and Claudia’s encounters, whether they take place wandering illicitly off campus at night, through letters and emails, or simply in the hallways and classrooms of their school, have the power to change them both forever. However, Georgie must also confront the fact that there is more troubling him than Tourette’s Syndrome, and that this, too, may irrevocably alter his fate. When We Were InvincibleHeart of the SunriseA brief meditation on life and death.Victorian DreamGeorgie begins narrating his story in earnest, beginning with an attempted suicide attempt and flashing back to his diagnosis with Tourette’s Syndrome. Unhappy at home with his family, Georgie enrolls in boarding school at Saint Michael’s Academy. He gives the family of a prospective student a tour, and when they arrive at his secret “crying place,” Georgie is surprised to learn that not everyone necessarily has or needs a private place to cry. Disconcerted, Georgie realizes this is one more thing that sets him apart from his peers. However, he does befriend Shawn, the prospective student, when he enrolls at Saint Michael’s, and the two boys engage in adventures like sneaking off campus in the middle of the night, wandering around town, and engaging with drunks and bums, those whom others might avoid. Claudia, Georgie’s girlfriend, joins them on one of these evenings. Shawn soon leaves the couple alone, and together Claudia and Georgie walk the dark, deserted streets talking about the existence of God.In class, Georgie is underwhelmed by the intellect of the other students; only Claudia’s mind impresses him. Claudia is equally taken with Georgie; she sees past his Tourette’s Syndrome and admires his sharp, inquisitive intellec
Up Next
Popular Playlists
Best Yoga Podcasts: Listen & Learn New Poses Sour Shoe's Greatest Moments on The Howard Stern Show Listen to: Top 15 Funniest Barack Obama Quotes 9 Game Design Podcasts Every Game Designer Needs to Hear 7 Podcast Episodes About The Golden State Killer That Will Keep You Up at Night David Parker Ray & Shocking Audio of the Toy Box Killer You Need to Hear Best UFO Podcasts That Will Abduct Your Mind Controversial Joe Rogan Experience Episodes Audio Wack Packer Beetlejuice Best Moments on The Howard Stern Show Best NoSleep Podcast Episodes To Terrify You Sexy ASMR Audio to Turn You On
Popular Categories
ASMR Business & Tech Cannabis Fashion & Beauty Gaming History Home & Garden Kids & Family Spirituality Travel
Add to playlist
New playlist