Your changes have been saved
All Audio Authors On The Air 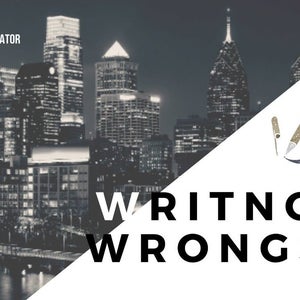 After several years of booking, promoting, as well as developing lasting relationships with such people as Timothy Leary and Hunter S. Thompson, it was a natural segue to develop and co-produce Sound Bites from the Counter Culture for Atlantic Records in 1990.

In 1994, Swi
Category: Audiobooks & Stories
Publish Date: Mar 26, 2021
Tagged in this Audio:
More
Jump to Full Description
Snippets are a new way to share audio!
You can clip a small part of any file to share, add to playlist, and transcribe automatically. Just click the to create your snippet!
Snippets: Clips of Authors William Myers Jr & David Swinson that people like

There are currently no playlists containing this audio.
Add this audio track to one of your playlists
Add to Playlist
Up Next
Full Description
Back to Top
http://davidswinson.com/

After several years of booking, promoting, as well as developing lasting relationships with such people as Timothy Leary and Hunter S. Thompson, it was a natural segue to develop and co-produce Sound Bites from the Counter Culture for Atlantic Records in 1990.

In 1994, Swinson pursued another passion - law enforcement. He returned to his home base of Washington DC, where he joined the Metropolitan Police Department. Swinson began his career as a police officer in uniform. Shortly after that, Swinson was assigned as a plainclothes/undercover officer, targeting narcotics and crimes in progress. In 1998, Swinson was assigned to the Third District Detectives Office as an investigator, where he covered offenses ranging from burglary and armed robbery to homicide. In 2000, he was promoted to detective and was eventually assigned to the department's Special Investigations Bureau/Major Crimes, and was the lead investigator in the District of Columbia for investigating serial burglaries, high profile cases and organized criminal operations related to narco-fencing.

William L. Myers, Jr. is the Amazon #1 best-selling author of the Philadelphia Legal Series. The series debuted with the legal thriller "A Criminal Defense" in 2017. Following that, Mr. Myers released "An Engineered Injustice" in 2018 and "A Killer's Alibi" in 2019. His latest novel, "A Criminal Justice," was released March 17, 2020 to strong reviews.

Born into a blue-collar family, Mr. Myers inherited a work-ethic that propelled him through college and into the Ivy League at The University of Pennsylvania School of Law. From there, Mr. Myers began his legal career in a Philadelphia-based mega defense firm. After ten years defending corporate America, he realized his heart wasn't in it. So he started his own firm and began fighting for the common guy.

That was twenty-five years ago and since then, Mr. Myers has devoted his legal career to representing honest, hard-working people who have been injured by others. He has become a highly-regarded trial attorney up and down the Eastern Seaboard, and has had the rare honor of arguing before the United States Supreme Court.