Your changes have been saved
All Audio Weather Geeks

From Audio: The Wonders of Thundersnow

Share
station description You see it every day. It’s the subject of poetry, literature, art and film. It can ... read more

Start Time: 16:53 End Time: 21:22
Thundersnow, while it sounds edgy and cool, is actually incredibly dangerous. Thunderstorms in the winter are rare and they should be regarded with just as much caution as summer storms. Lightning travels quicker through snow and victims often don't expect lightning to strike in winter.
Category: Science Natural Sciences
Publish Date: May 20, 2021
Snipped By:
Share 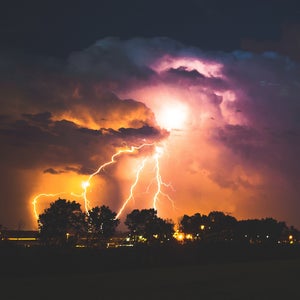