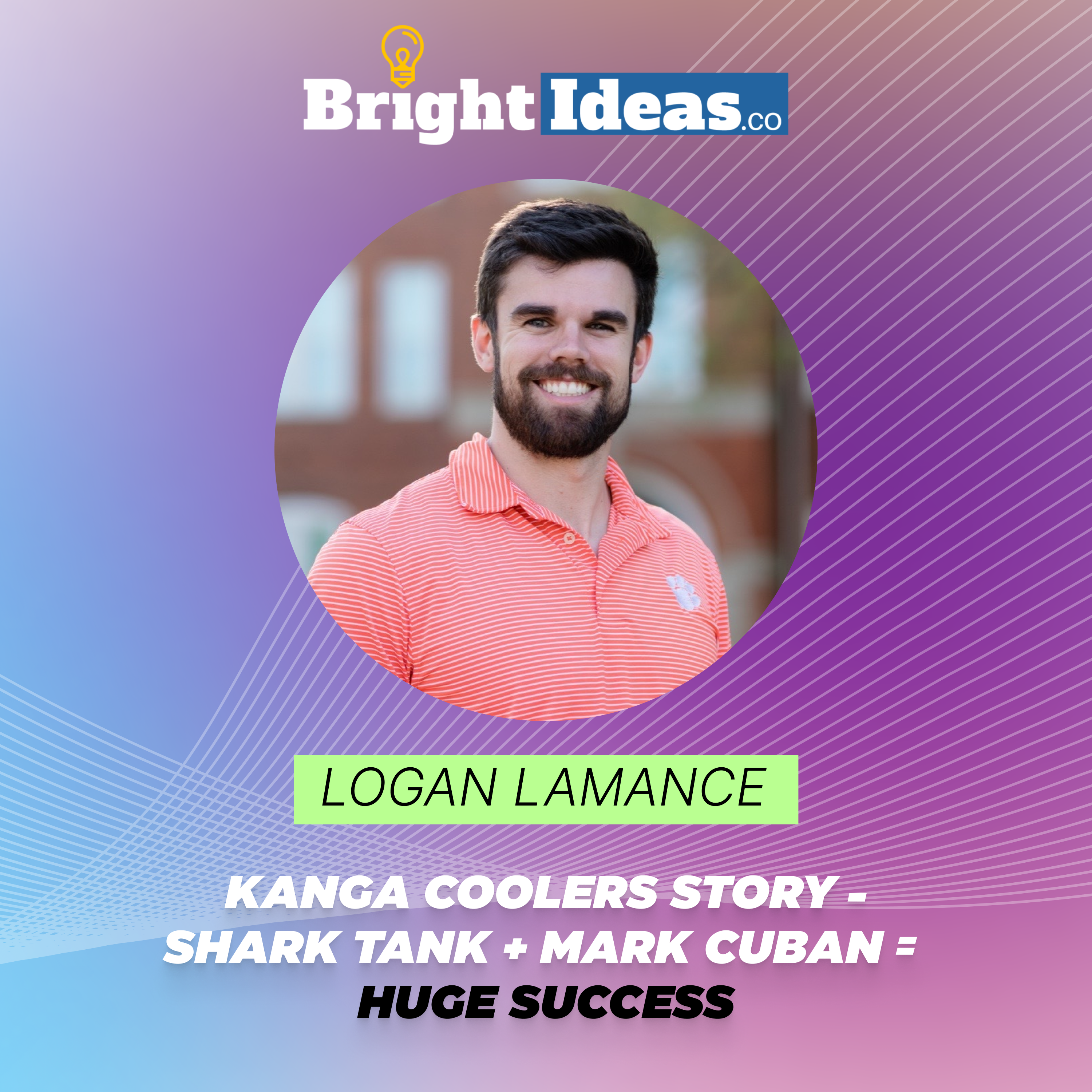 Flowster Live Demo https://flowster.app/live-demo/     Episode Highlights [02:16] — Logan introduces Kanga Coolers Kanga Coolers is a company he started back in college. They produce koozies for beer or soda cases. He had to create a solution to a problem for his entrepreneurial class.  The idea
Category: Business & Tech
Publish Date: Jun 22, 2021
Jump to Full Description
Snippets are a new way to share audio!
You can clip a small part of any file to share, add to playlist, and transcribe automatically. Just click the to create your snippet!
Snippets: Clips of BI 367: Kanga Coolers Story - Shark Tank + Mark Cuban = Huge Success (Ft Logan Lamance) that people like

There are currently no playlists containing this audio.
Add this audio track to one of your playlists
Add to Playlist
Up Next
Full Description
Back to Top
Flowster Live Demo https://flowster.app/live-demo/     Episode Highlights [02:16] — Logan introduces Kanga Coolers Kanga Coolers is a company he started back in college. They produce koozies for beer or soda cases. He had to create a solution to a problem for his entrepreneurial class.  The idea came from tailgate parties and how they never used coolers because they were inconvenient.  They just bought from convenience stores and drank their beer warm.  Their product bridges the gap between convenience and coldness of the beverage. [04:30] — How much has the company grown?   Kanga Coolers is in its 5th year of business. They became a multi-million dollar company last year and expect to double or triple their net growth within the next quarter. Their success was boosted by their appearance on Shark Tank when Mark Cuban offered them an investment. [06:23] — From class project to an actual company They had to figure out every aspect of the business, from marketing, website development to creating a prototype. After buying the materials for the koozie, they took it to a dress alteration shop and asked someone to make the prototype. When starting a business, you have to get your foundations set up.  This process involves the not-so-fun parts of a business, such as filing for intellectual property and setting up operating agreements. In terms of capital, they got started with loans from friends and family. Since then, they’ve adopted more of a bootstrap method. [10:11] — Kickstarter and Shark Tank Right after they did market testing, they met their first mentor. This person helped shift their mindset to become more serious. Then, they turned to Kickstarter to market and sell their product but found that their target market was not on that platform.  Whenever you drag a customer too far to buy your product, you pay more money than you would get in return. They learned that lesson the hard way but made it out alive to turn the next page on their next chapter—Shark Tank. To prepare for the show, they watched episodes and conducted mock trials. [16:12] — Understanding the target market Initially, they assumed that college students would be their target market, but it turned out to be recent grads. It's hard to narrow down your target customers when your product has broad appeal. Kanga Coolers figured out their market by analyzing online marketing metrics. Testing your assumptions is essential to not marketing to the wrong audience. [21:01] — Getting a lucky break via B2B Lead Generation Before the Shark Tank episode, Logan’s team had to generate enough revenue. They did this through B2B lead generation. They got a lucky break when a company reached out to them, wanting custom koozies with their logo. Luck is the meeting of preparation and opportunity.  If they had not chosen a material they could print on, they would not have been successful with that particular B2B lead generation. [23:16] — Figuring out Facebook ads and eCommerce You can’t establish a reliable relationship with your agency or partner if you don't grasp how Facebook ads and internet marketing in general work. After having a volatile relationship with some ad companies, Logan studied how online ads work using digital resources.  He now has a partner who handles Facebook ads for their company. In terms of sales channels, they temporarily opened on Amazon. However, they are focusing on only one channel right now due to inventory shortages: Shopify. They diversify their manufacturing and try to reduce the distance from the manufacturers. [30:15] — Getting into retail It takes a long time to broker a deal with a retail company.  You have to nurture the relationship and be ready when the opportunity comes up.  B2B lead generation makes up about 40% of their revenue, split evenly between custom and wholesale. The B2B lead generation side of their business is only one stream of income. Kanga Coolers has diverse income streams. [35:30] — Content is king Having quality content will be even more critical now that iOS users can opt out of targeting. Kanga has long-form content, ranging from documentaries to podcasts. They found social media success on TikTok. Here, they create content for top of the funnel, mass awareness. Listen to the full episode for more ideas on how to find or buy an audience! Down the road, their marketing will expand to involve SEO and influencer marketing. [50:06] — The challenge to scale Maximizing their multiple distribution ch
Up Next
Popular Playlists
Best Yoga Podcasts: Listen & Learn New Poses Sour Shoe's Greatest Moments on The Howard Stern Show Listen to: Top 15 Funniest Barack Obama Quotes 9 Game Design Podcasts Every Game Designer Needs to Hear 7 Podcast Episodes About The Golden State Killer That Will Keep You Up at Night David Parker Ray & Shocking Audio of the Toy Box Killer You Need to Hear Podcasts About UFO & Aliens That Will Abduct Your Mind Audio Cheat Sheet To The Sexy Liberal Podcast Network Controversial Joe Rogan Experience Episodes Audio Wack Packer Beetlejuice Best Moments on The Howard Stern Show 12 Best Episodes of the NoSleep Podcast to Keep You Up at Night
Popular Categories
ASMR Business & Tech Cannabis Fashion & Beauty Gaming History Home & Garden Kids & Family Spirituality Travel
Add to playlist
New playlist