Your changes have been saved
All Audio ‎Upbeat with Tom Hayes

Start Time: 05:44 End Time: 07:30
Boston Comedian discusses how to make your own hash and what brands of canned hash to avoid. Also the lasting power of a MacDonald's sausage...
Category: Comedy
Publish Date: May 02, 2021
Snipped By:
Share
station description Talk/Comedy/Inspiration/Education/Interviews/Stories 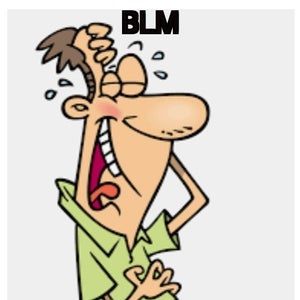 Lunch and Laughs w Pat Napoli
20:56 5/2/21 2 audios
Up Next
Full Description
Back to Top
Boston Comedian discusses how to make your own hash and what brands of canned hash to avoid. Also the lasting power of a MacDonald's sausage...
Transcripts
Back to Top
and then you uh they put up but they don't they don't do it. Well I got a question first of all, Where do you get the mask? You make your own At times I do. Yeah, sometimes I I did one day like I get left over. Well like roast beef or something like a brisket or something like that. I'll just chop it up real fine. To my cutting board, I'll get an onion and uh my potato and I just chop it up and what I do is before I put the hash and I get a pan, I put a little bit of water in the, in the pan with the potato and I put like salt pep up, you know a lot of butter and just cover it up and let it, cook the potatoes drain off the water. And then I mixed my other stuff with it and make my own hash. But today I did the uh I was in a hurry so I did the uh can stuff. What is that? Oh now is that the uh I r u I like to marry kitchen. Don't buy the market basket. I don't know what that is. Don't do that, That's not good but I don't have too much like liquid a fat and it makes me nervous. But um you don't, you know what you, you know? It's funny. I had, I bought some uh you know that Mcdonald's I had some leftover right? I had the the biscuit with the, with the sausage. I put in the fridge handing there for nine days. I took it out. I put in the microwave. Taste stay. That's about preserve. It's a very nice cool. You're gonna die. I don't know. It tastes the same. It's just loaded with, you know, I can't sell food away time. Let me tell you kids throw food away.
Up Next
Popular Playlists
Best Yoga Podcasts: Listen & Learn New Poses Sour Shoe's Greatest Moments on The Howard Stern Show Listen to: Top 15 Funniest Barack Obama Quotes 9 Game Design Podcasts Every Game Designer Needs to Hear 7 Podcast Episodes About The Golden State Killer That Will Keep You Up at Night David Parker Ray & Shocking Audio of the Toy Box Killer You Need to Hear Best UFO Podcasts That Will Abduct Your Mind Controversial Joe Rogan Experience Episodes Audio Wack Packer Beetlejuice Best Moments on The Howard Stern Show Best NoSleep Podcast Episodes To Terrify You Sexy ASMR Audio to Turn You On
Popular Categories
ASMR Business & Tech Cannabis Fashion & Beauty Gaming History Home & Garden Kids & Family Spirituality Travel
Add to playlist
New playlist