Your changes have been saved
All Audio Should We Be Talking About This?

From Audio: S1:48 The Murder of Vera Jo Reigle and the Richardson Family Murders

Share
station description Should We Be Talking About This? is a podcast talking about things we know nothing ... read more

Should We Be Talking About This?
Duration: 04:39
Play Audio
Add to Playlist
Share Report 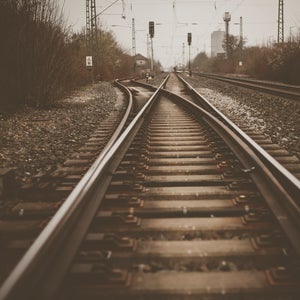 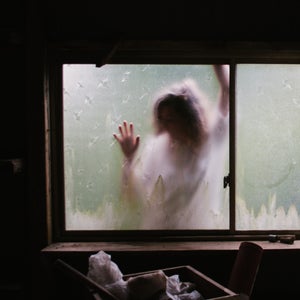 Best Disturbing True Crime Audio on Vurbl
05:07:07 10/26/20 23 audios
Up Next
Full Description
Back to Top
Cheri Brooks and Zachery grow tired of having Vera in the house. Cheri's plan to have Vera murdered unfolds. Listen to the details of how Vera Jo Reigle was tortured and murdered by the Brooks family. Will Vera's gruesome death be brought to justice?
Transcripts
Back to Top
So now it's to the point where Zachary is super over vero and does not want vera there anymore. He starts talking to Sherry about getting her out of the house, but she doesn't want vera to leave for fear that she might be able to take the baby. Yeah because she's the real mom. Yes and legally she could. So of course Sherry and her boys decide that vera has to die. Of course that's the most natural obvious idea. So ridiculous and it's Sherry's husband and it's so crazy to him to me because like I said in this documentary they are talking so openly and candid about this like scotty who was living in the house while all this is happening. He's like yeah and then they used to hit her with this and they'd hit her with that and I could hear him screaming and blah blah blah. Why are you not being held accountable? Like why are you not being held accountable for not stopping or reporting this? It's fucking ridiculous. He even says that. I remember when they were plotting her murder and Kevin, the dad said, well do it when I have to serve my 30 days because he had some sort of charge from something else. There was a lot of drug charges in this house too. He was like do it when I'm serving my 30 days. So I have an alibi and scotty in this documentary is kind of laughing about that and I'm thinking why the fuck isn't the dad now being held accountable? Everyone heard them plotting this murder. Nobody did shit about it. There's a lot of people that should have been held accountable, agreed it was all just kind of talk. But then one day vera accidentally dropped a brick on Sherry's foot and I know and that sent her over the fucking edge and she decided that the plan had to take action that needed to happen like right away. So at first she was going to make vera take a bunch of sleeping pills and then tell her to walk the train track near the house. And by the way they're planning all this with vera in earshot, they don't care that she knows that they're trying to kill her. Like they're just at this point they're not treating her like a human being in any capacity, right? But then they get this great idea because Danny Bixler remember Danny jr right? So for those that don't remember, she what Sherry had a baby with her cousin. Danny who was scotty. Danny went on to have another kid who was also named Danny that kind of got interwoven and Sheri's life and became one of her boys. Well he was serving three years in prison for an unrelated charge to the story. And he was also a member of the Crips with punky until Punky died. So they get the bright idea to tell Danny that the night the punky died, he was actually with vera and she shoved him into oncoming traffic knowing that when he was going to be released in the next week or so that he would want revenge. I guess part of his gang code would be to kill vera. They lay off this trap Danny gets released and he along with his girlfriend Nicole who he met in prison. I still don't know how the fuck that works. But that happens all the time. They get out and they go to Sherry's house and they beat the shit out of vera for hours. This is graphic. They stabbed her In the leg at one and in the documentary, Sherry's talking about it and she's like yeah and I stuck my finger in her leg and I went all the way past my middle knuckle again. What is happening here? These people I know they continuously beat her. They took a padlock and attached to a belt and beat her with that. This day was March 26 2011. And at 8 30 that night they told her to put her shoes on and to come with them and she knew that she was going to be killed but she went ahead and went and she turned around. Sugar Babe was a nickname for Sherry and she said good night Sugar Babe. That's why the documentary is called that. Yeah. And they walked her out, they took her to some train tracks and they stabbed and beat her to death and then left her on the train tracks At two am the following morning and train conductor discovered her and called the police. And by this time, Danny and Nicole had gone around that night telling everybody what they did, super proud of their actions. Absolutely! So they were quickly arrested.
Up Next
Popular Playlists
Best Yoga Podcasts: Listen & Learn New Poses Sour Shoe's Greatest Moments on The Howard Stern Show Listen to: Top 15 Funniest Barack Obama Quotes 9 Game Design Podcasts Every Game Designer Needs to Hear 7 Podcast Episodes About The Golden State Killer That Will Keep You Up at Night David Parker Ray & Shocking Audio of the Toy Box Killer You Need to Hear Best UFO Podcasts That Will Abduct Your Mind Controversial Joe Rogan Experience Episodes Audio Wack Packer Beetlejuice Best Moments on The Howard Stern Show Best NoSleep Podcast Episodes To Terrify You Sexy ASMR Audio to Turn You On
Popular Categories
ASMR Business & Tech Cannabis Fashion & Beauty Gaming History Home & Garden Kids & Family Spirituality Travel
Add to playlist
New playlist