Your changes have been saved
All Audio Why Won't You Date Me? with Nicole Byer

Casey Wilson is Obsessed With Her Husband

Share
station description Nicole Byer is single and has been for decades. She’s smart, funny, has a fat ass a... read more

Why Won't You Date Me? with Nicole Byer
Duration: 02:48
Play Audio
Add to Playlist
Share Report

Start Time: 27:24 End Time: 30:12
Actress, comedian, and screenwriter Casey Wilson joins Nicole Byer on "Why Won't You Date Me?" to discuss her intense obsession with her husband and his not-so-mutual feelings.
Category: Society & Culture
Publish Date: May 14, 2021
Snipped By:
Share 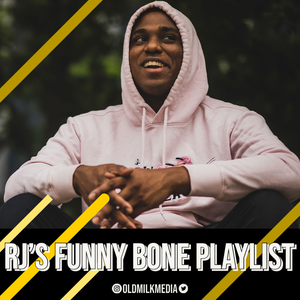 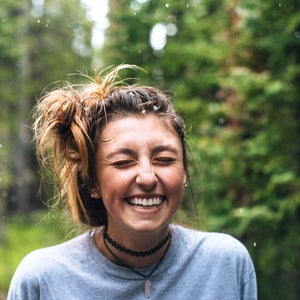 Laugh Riot: Comedy Podcast Bits of the Week
40:09 2/17/21 11 audios
Up Next
Full Description
Back to Top
Actress, comedian, and screenwriter Casey Wilson joins Nicole Byer on "Why Won't You Date Me?" to discuss her intense obsession with her husband and his not-so-mutual feelings.
Transcripts
Back to Top
and we are back okay Casey. Who proposed to who in your relationship my husband proposed to me. But I and this is not me trying to bring up my book Nicole, but I do have an essay about how I'm much more into my husband than he is into me, which is not like what you always here, like I am wildly into him and I think he's like I like her but it's not now you think that now it's gotten a little better, but I had to chase him to such a pretty sad degree that I'm like fairly confident. Like I'm not, you know, sometimes I have confidence dysmorphia where like I'm amazing and and I think, wait, you think that's a dysmorphia that you think you're amazing? No, no, no. Just when I was little I was like wow, I don't know where this came from, like I was like okay, I'm blowing everyone away, it was like an ego out of control. Um but when it came to him, he just wasn't really, I had to chase him to do crazy, like a lot of things you don't want to have to do and that sounds dark, but I just really chased him and so, you know, sometimes dynamics get set up where even if I think he is, I mean, I would hope he's into me. But sometimes, you know, I'm still kind of like, well they call me back even now when you're married, you're like, well you call me back. Yeah, sometimes we're lying in bed. You know, like we will have headphones on, like watching separate shows and I'm like, he's not talking to me. I also like to heat him so it's fine. I love it. You know, after a quarantine you like, I hate this person so much, but still I'm like, did he notice me? That is so funny because I think I'm like, you where I'm like, will they ever call me back? Do they love me? Um Okay, please love me. And it's uh comforting to hear that it's never gonna go away even when I have somebody I'm gonna keep wondering. Yeah. And I think I will say this because some guys I've dated, that's where I'm like, oh, you're just a friend. I don't feel that. Like, I feel like we're just pals, which is great too, but I didn't feel that, and this was kind of the first time. I was like, wow, I really like this person to where I am like, yeah, so we have been married a long time. I'm I'm certainly comfortable around him. But I definitely, I think have stronger feelings there. I feel like most couples have that where they're like, oh, they like me more than I like them, or I like them more than they like me. And I think that's healthy. Somebody has to be like the passionate one. Yeah. And I think it's like 51 49. Like, I don't think it's wildly unhealthy out of whack, but so many women are like, the trick is to find a man who thinks you're a queen and I'm kind of like, maybe I'm competitive or I like a little danger, but I'm like, he might leave me. I like a
Up Next
Popular Playlists
Best Yoga Podcasts: Listen & Learn New Poses Sour Shoe's Greatest Moments on The Howard Stern Show Listen to: Top 15 Funniest Barack Obama Quotes 9 Game Design Podcasts Every Game Designer Needs to Hear 7 Podcast Episodes About The Golden State Killer That Will Keep You Up at Night David Parker Ray & Shocking Audio of the Toy Box Killer You Need to Hear Podcasts About UFO & Aliens That Will Abduct Your Mind Audio Cheat Sheet To The Sexy Liberal Podcast Network Controversial Joe Rogan Experience Episodes Audio Wack Packer Beetlejuice Best Moments on The Howard Stern Show 12 Best Episodes of the NoSleep Podcast to Keep You Up at Night
Popular Categories
ASMR Business & Tech Cannabis Fashion & Beauty Gaming History Home & Garden Kids & Family Spirituality Travel
Add to playlist
New playlist