Your changes have been saved
All Audio Patrick E. McLean 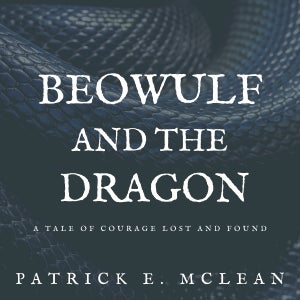 Beowulf and the Dragon: Chapter 2

This is Chapter Two of Beowulf and the Dragon. If you missed it, here’s Chapter One. After I was captured, it was ten years before Beowulf spoke to me again. I would hear him, singing in the mead hall, berating his Thanes even as he showered them with rings. His cries were louder even than the might
Category: Audiobooks & Stories
Publish Date: Sep 07, 2021
Tagged in this Audio:
More
Jump to Full Description
Snippets are a new way to share audio!
You can clip a small part of any file to share, add to playlist, and transcribe automatically. Just click the to create your snippet!
Snippets: Clips of Beowulf and the Dragon: Chapter 2 that people like