Start Time: 15:27 End Time: 18:55
Chrissy Teigen was accused of bullying celebrities like Courtney Stodden and Michael Costello. Listen in to the details of what all was said and how it affected all those involved.
Category: Entertainment Pop Culture
Upload Date: Jun 18, 2021
Snipped By:
Share
station description Hi, my name is Erica Sullivan. I'm currently a Content Manager at Vurbl. I have a B... read more 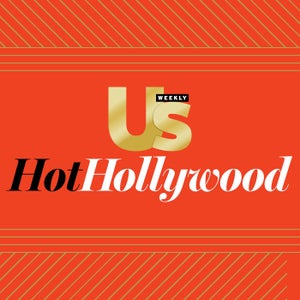 Top Celebrity News & Gossip From Us Weekly's Hot Hollywood Podcast
09:14 10/15/20 3 audios
Up Next
Full Description
Back to Top
Chrissy Teigen was accused of bullying celebrities like Courtney Stodden and Michael Costello. Listen in to the details of what all was said and how it affected all those involved.
Transcripts
Back to Top
well, let's move on to a big scandal of the week. This is chrissy. Teagan is involved. I'm sure you all know about this. I know my co host do. But Michael Costello from Project Runway has also jumped into the chat without anyone really asking him to chrissy. Teagan was of course accused of bullying for celebrities like Courtney Stodden. They were very upset, said Christie t consent to Courtney Stodden. She was looking forward to when Courtney was dead and apologized and chrissy had a very extensive four slide long instagram apology. Celebrities are not using the notes app any more interesting. It's just black and white checks. And Michael Costello said that he quote wanted to kill myself and I'm still traumatized, depressed and have thoughts of suicide After bullying that Chrissy Teagan did to him in 2014. He goes, honestly, I didn't want to do this, but I cannot be happy until I speak my mind, I need to heal. And in order for me to do that, I must reveal what I'm going through Now. According to Michael Costello, Chrissy Teigen accused him being racist based on what he said at a photoshopped comment that he said has since been proven to false and taken down. And then he reached out to Christie to communicate, saying that he was the victim of vindictive photoshopping and cyber slander and she did not respond to him, Just left the GMS on red and then chrissy Teagan and her stylist shoutout to Monica Rose hurt his career by threatening brands that wanted to work with him. Now, this would be, you know, interesting, but it's not really what I want to talk about this story because then Liana Lewis came into the chat and accused Michael of bullying her. Leona Lewis says, quote, I was very awkward and vulnerable at the time of a dress fitting because the dress was a sample size and I am not, Michael Costello clearly did not want to ultra to fit me. And Leona Lewis says this came as a total surprise because weeks prior I was told they would make the dress work for me. And at the next fitting the night before the show with no explanation at all, Michael refused to turn up. He no longer wants to dress me and he abandoned his commitments to me because of my body type. Now, a lot to unpack here, A lot of really angry people all up in here. Sarah here on first thoughts on this anyone side you're on. I mean, so many allegations, so little time. They all kind of sound awful. Um I I think that chrissy Teagan, you know, nice of her to admit that she was a troll. Um an inter natural ironic for so many reasons because of you know, everything that she's complained about the past herself. I'm kind of over her. I said that before, I know she's been a lot of therapy. I think her kids are really cute, I think you know, maybe she should just live a little quiet life for a while and stay off the internet. Um and this designer, I think he's made headlines a few times, he got like a few bits kylie Jenner um so bold of him, you know, to his story sounds horrible and I'm sorry that he went through that and had these, you know, suicidal thoughts. That's not you know, fun or funny at all. But it doesn't surprise me that then people have stories about him because the only thing I knew about him was things that people have accused him of, so you know, always a risk to tell your story because people are gonna come out and tell there's and interesting to see who's kind of siding with who here. But overall, there's no real winners. I mean, it's just pretty sad and everyone, you know, should probably stop jamming people death threats because it doesn't get any more. I mean, come on. Well.
Up Next
Popular Playlists
Best Yoga Podcasts: Listen & Learn New Poses Sour Shoe's Greatest Moments on The Howard Stern Show Listen to: Top 15 Funniest Barack Obama Quotes 9 Game Design Podcasts Every Game Designer Needs to Hear 7 Podcast Episodes About The Golden State Killer That Will Keep You Up at Night David Parker Ray & Shocking Audio of the Toy Box Killer You Need to Hear Podcasts About UFO & Aliens That Will Abduct Your Mind Audio Cheat Sheet To The Sexy Liberal Podcast Network Controversial Joe Rogan Experience Episodes Audio Wack Packer Beetlejuice Best Moments on The Howard Stern Show 12 Best Episodes of the NoSleep Podcast to Keep You Up at Night
Popular Categories
ASMR Business & Tech Cannabis Fashion & Beauty Gaming History Home & Garden Kids & Family Spirituality Travel
Add to playlist
New playlist