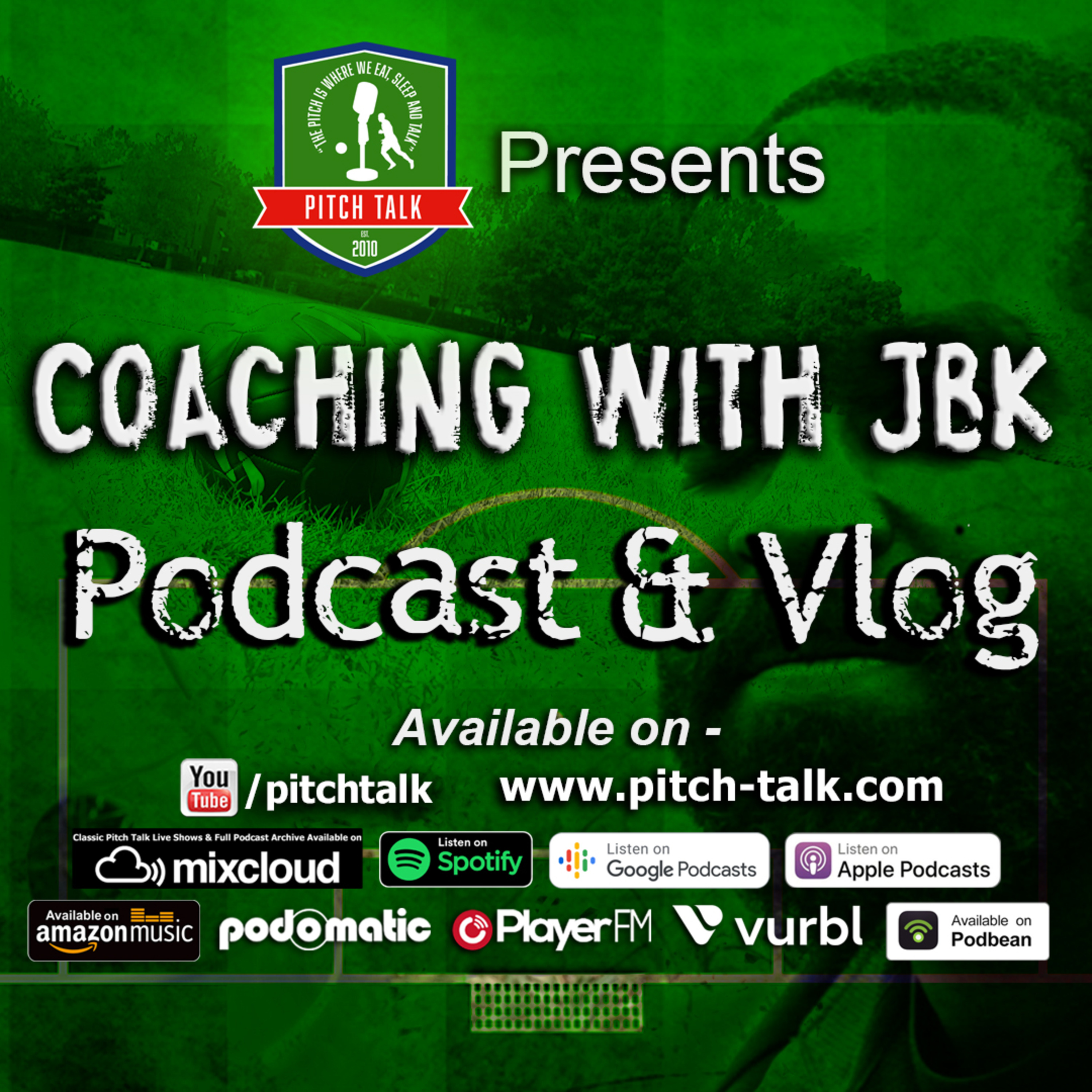 Start Time: 00:58 End Time: 05:16
Jaymie discusses the importance of the Olympic games and what it all means for those players men & women who are competing.
Category: Sports & Adventure Soccer
Publish Date: Jul 24, 2021
Snipped By:
Share
station description The pitch is where we eat, sleep & talk!!!

There are currently no playlists containing this audio.
Add this audio track to one of your playlists
Add to Playlist
Up Next
Full Description
Back to Top
Jaymie discusses the importance of the Olympic games and what it all means for those players men & women who are competing.
Transcripts
Back to Top
J. B. K. This one is just about something different and it's talking about the olympic games, which is the next round of games, not just the men's but also the women's game. So I want to talk about the importance of it to possibly everybody. Um, and some, some who probably will say see it as it's just another tournament that gets in the way. Um, It doesn't essentially, and there's two reasons why I say this and it's just as more of an opinion and a biased opinion. Um, so take it as you want or don't take it, which whichever. I'm happy to disagree and agree to whatever whatever said. But the reason why I think that this is an important tournament is not just because you're an Olympian, but you're also going for gold, silver and bronze as a team or just just to be known as an olympic champion just to be known. It's the same thing as if there was a sprinter or a marathon runner or weightlifter or as one of the new the new games are softball, softball player is just so many, so many swimming, swimming as well, paralympics and you go in there to be the world's champion to be recognized as somebody who's only Across for four years and made it to an olympic games, not only just to make it to an olympic games, but to actually be in the front running, to be one of the best in the world and recognized as one of the best in the world. Now, the question, the question that might be on a lot of people's minds, especially in specific countries, is it's a hindrance. Certain leagues are a lot more prioritized in the sense that they will stop just as the tournament is either over or as it begins or just, it just becomes a hindrance. And you don't get to see the best in the world. Well you do because you get to see the next set of players who are representing their country play the best in the world messy di Maria, all of these guys Who want it in with Argentina in 2008 against Nigeria. Now considered some of the best in the world. You've got other teams that are are making it through then they're becoming some of the best teams in the wood. You've got the team G. B. Team that was team great Britain That was there in 20 12. I wasn't around for some reason in 202016. But now back for these games, the women started yesterday and their first game was a tuna win against chile. We also had the biggest biggest result in history between Zambia and the Netherlands. A 10 3 win. 10 3 Phan evidence not bad for a game, but it's a start and it's showing that on the grandest stage, people still will show if you don't give them that stage, how are they gonna shine? How are we going to know who the best really is? But just this tournament alone? Yes, I can understand that. The euros have gone. Yes, I can understand that all of these other court, all of these other tournaments start are more prolific and the nuance and the their way of doing things is more something that people want to see. So the Champions League maybe if the super League got off and running it probably luckily it hasn't. But there's also others that you can kind of go, okay, fair enough. This is the reason why this is more more important. However, it's still a trophy, it's still a medal and it's still something that you can go for. It's not just oh well we'll just play for the sake of it and then we'll See imagining the amount of under 23 players you've probably never won anything and go into an olympic olympic games and winning the gold medal. So now you've got an achievement in your in your hands to say, at the 2020 or 2021 Olympic Games in Tokyo Japan. I was an olympic champion.
Up Next
Popular Playlists
Best Yoga Podcasts: Listen & Learn New Poses Sour Shoe's Greatest Moments on The Howard Stern Show Listen to: Top 15 Funniest Barack Obama Quotes 9 Game Design Podcasts Every Game Designer Needs to Hear 7 Podcast Episodes About The Golden State Killer That Will Keep You Up at Night David Parker Ray & Shocking Audio of the Toy Box Killer You Need to Hear Best UFO Podcasts That Will Abduct Your Mind Controversial Joe Rogan Experience Episodes Audio Wack Packer Beetlejuice Best Moments on The Howard Stern Show Best NoSleep Podcast Episodes To Terrify You Sexy ASMR Audio to Turn You On
Popular Categories
ASMR Business & Tech Cannabis Fashion & Beauty Gaming History Home & Garden Kids & Family Spirituality Travel
Add to playlist
New playlist