All Audio The ROI Online Podcast

Start Time: 14:07 End Time: 17:46
Amy talks about how she built her virtual team, and what she had to take in consideration in order for the team to work. 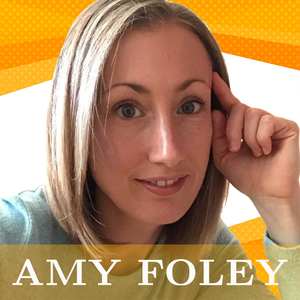 Remote Work, Hiring Remote Workers, And More - Amy Foley
01:01:45 5/18/21 5 audios
Up Next
Full Description
Back to Top
Amy talks about how she built her virtual team, and what she had to take in consideration in order for the team to work.

Transcripts
Back to Top
for sure. So you come to this realization that hey, this could be a growing concern that's a dispersed team that your can remotely so talk to me about the thought process that went into creating inbound back office. So I have been working with Michael and he had suggested that we kind of worked out this deal where I was doing some direct work for his agency. And also then in the meantime he and I were going to start evolving this into a company because he has like experience running a team and doing payroll and things like that. And I was not very good at that. So I mean I was going to doing the work but getting the clients but the other stuff, I was like, I mean I was paying everybody through paypal and I just kept track of everything on the spreadsheet very kick. And so he was like, this is a really great idea. Like, and he knows from the agency side, he's like, I know this is a pain point, He said because I have a lot of agency context and I know this is a need, so that's kind of why we decided to kind of go together and try to evolve this thing into a company. And then by 2018 we were ready to pull it out from, you know, the kind of little incubator that we created and it was on its own. And that's when I left the agency completely and I stopped doing any of the actual work of the business and was just, you know, then one of the leaders of the business and working on sales and that sort of thing. It was quite an evolution. So Michael brought this stack of talents that maybe you weren't so confident that I mean you could handle those responsibilities if you wanted, but you had some synergy, you've had this history together. And so when you started off, you probably had in your mind a certain way that you thought this was going to go and you you thought there would be these particular clients that would really value this. And now at this stage where you are now, what did you learn that maybe you didn't know and talk to me about the kind of clients that you have now as opposed to the ones you thought you would have. I didn't realize how hard it would be to grow fast because we have grown at such an alarming speed. That to me like I was just like oh you know if we get so many clients that we can handle, we just we just add more people just add more people. And it just seems so simple to me. But I mean hiring is the worst and uh which is why a lot of agencies love our company because they know how hard hiring can be. I was very quick to hire in the beginning. I would you know anybody with you know a resume and that could talk about you know the position and what was needed. I just let them sell me on it and they were hired but especially when it's remote and I mean what I think even in the office there's just other things that you need to look for as far as like you know being able to be professional and you know having an actual home office we hired someone wants to we were convinced was living in their car. So you know you learn different things to look for and so tightening up that hiring process was definitely a learning experience that we seem to be pretty good at it now. But it was definitely crazy in the beginning.
Up Next
Add to playlist
New playlist