Your changes have been saved
All Audio Astonishing Legends

Share
station description The world is more mysterious than most people are comfortable imagining. We cross p... read more

On a July afternoon in 1983, Colin Andrews, an electrical engineer and officer employed by the British regional government, was driving between his offices near Winchester and Hampshire when something caught his eye.
Category: Society & Culture
Publish Date: Apr 12, 2021
Tagged in this Audio:
More
Jump to Full Description
Snippets are a new way to share audio!
You can clip a small part of any file to share, add to playlist, and transcribe automatically. Just click the to create your snippet!
Snippets: Clips of Crop Circles Part 1 that people like

There are currently no snippets from Crop Circles Part 1.
Snippets are an easy way to highlight your favorite soundbite from any piece of audio and share with friends, or make a trailer for Astonishing Legends
Create a Snippet
Playlists that Crop Circles Part 1 appears on.
Share 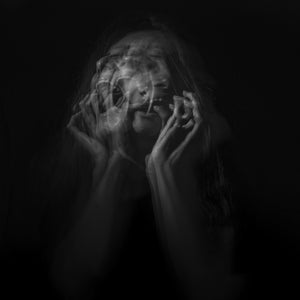 8 of the Best Podcasts like Lore
03:14:42 4/30/21 9 audios
Up Next
Full Description
Back to Top
On a July afternoon in 1983, Colin Andrews, an electrical engineer and officer employed by the British regional government, was driving between his offices near Winchester and Hampshire when something caught his eye. Seeing something unusual in a farmer's field next to the road, he felt strongly compelled to pull over and check it out. A strange physical and mental sensation came over him as he approached and realized it was a set of five large circles forming a traditional "Celtic Cross." Unbeknownst to Andrews, within days, he would partner with meteorologist Dr. Terence Meaden, NASA scientist Pat Delgado, and the three of them, along with pilot Busty Taylor, would become the only people in the world at the time researching the global Crop Circle phenomenon. In 1989, the first book on the subject, Circular Evidence, written by Delgado and Andrews, would become known as the "Crop Circle Bible." Not only did the book cause scientists and researchers to then take the matter seriously, but it also unleashed a deluge of Crop Circle hoaxes, complicating earnest study. When two older British gentlemen, Doug Bower and Dave Chorley, came forward in 1990 claiming to have made all the crop circles in England, the media and the public seemed to take their word as reason enough to lay the mystery to rest. Yet, the examples they and other hoaxers have provided as evidence don't match the precision and completion times found in circles considered authentic. While the hoaxers' techniques have become more sophisticated and impressive over the years, the genuine formations display characteristics that seem beyond the reasonable capability for the short time in which real ones are created. Authentic Crop Circles have many stalks bent in 90º angles near the ground, with the stalks interwoven in a complex fashion, anomalies found in the soil, precise lines in massive formations, and no evidence of people walking to or around them. Strange physiological effects like dizziness, nausea, euphoria, time disturbance, and bizarre sounds, to name a few, have also been reported by many who step inside one. However, most Crop Circles, both real and faked, share in common one significant trait – artistically, they employ design elements found in "Sacred Geometry," with ratios composed with the "Golden Mean." They are also often located near areas with ancient archaeological sacred sites, and reports of their existence appear to go back hundreds, if not thousands of years. So if the creators, both earthly and beyond, remain a mystery, perhaps the meaning behind the circles can be more easily fathomed. Whether the lesson is a sociological or spiritual and metaphysical one, wondrous Crop Circles do continue to exist and have a purpose. They carry a message, which could be as simple as – pay attention because you could learn something that will affect your existence.Visit our website for a whole lot more information on this website, and seriously, we're talking a LOT more.
Up Next
Popular Playlists
Best Yoga Podcasts: Listen & Learn New Poses Sour Shoe's Greatest Moments on The Howard Stern Show Listen to: Top 15 Funniest Barack Obama Quotes 9 Game Design Podcasts Every Game Designer Needs to Hear 7 Podcast Episodes About The Golden State Killer That Will Keep You Up at Night David Parker Ray & Shocking Audio of the Toy Box Killer You Need to Hear Best UFO Podcasts That Will Abduct Your Mind Controversial Joe Rogan Experience Episodes Audio Wack Packer Beetlejuice Best Moments on The Howard Stern Show Best NoSleep Podcast Episodes To Terrify You Sexy ASMR Audio to Turn You On
Popular Categories
ASMR Business & Tech Cannabis Fashion & Beauty Gaming History Home & Garden Kids & Family Spirituality Travel
Add to playlist
New playlist