Your changes have been saved
All Audio WTF Just Happened Today 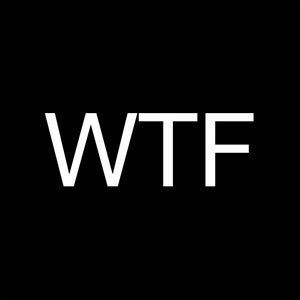 1/ Mitch McConnell demanded that Biden pressure congressional Democratic leaders into raising the debt ceiling unilaterally because Republicans will not support the effort to lift the borrowing limit. McConnell wants Democrats to use budget reconciliation to lift the debt ceiling with only 50 votes
Category: News & Politics
Publish Date: Oct 04, 2021
Tagged in this Audio:
More
Jump to Full Description
Snippets are a new way to share audio!
You can clip a small part of any file to share, add to playlist, and transcribe automatically. Just click the to create your snippet!
Snippets: Clips of Day 258: "Just get out of the way." that people like

There are currently no playlists containing this audio.
Add this audio track to one of your playlists
Add to Playlist
Up Next
Full Description
Back to Top
1/ Mitch McConnell demanded that Biden pressure congressional Democratic leaders into raising the debt ceiling unilaterally because Republicans will not support the effort to lift the borrowing limit. McConnell wants Democrats to use budget reconciliation to lift the debt ceiling with only 50 votes instead of the normal 60-vote threshold – the same process Democrats are using to advance Biden’s $3.5 trillion social spending package. “Since mid-July, Republicans have clearly stated that Democrats will need to raise the debt limit on their own,” McConnell wrote in a letter to Biden. “We have simply warned that since your party wishes to govern alone, it must handle the debt limit alone as well.” Treasury Secretary Janet Yellen previously said the government will run out of cash in about two weeks, which could cause a catastrophic debt default. Budget experts, however, say the reconciliation process would take at least two weeks to complete. (Bloomberg / Politico)
2/ Biden accused Republicans of playing “Russian roulette” with the U.S. economy by refusing to join Democrats in raising the debt ceiling. “Not only are Republicans refusing to do their job, they are threatening to use their power to prevent us from doing our job,” Biden said, blaming Mitch McConnell and Republicans for what he described as a “meteor headed to crash” the economy. “Frankly, I think it’s hypocritical, dangerous, and disgraceful. Their obstruction and irresponsibility knows no bounds.” Biden added that more than a quarter of U.S. debt – about $8 trillion – was incurred during the “reckless tax and spending policies” of the Trump administration, and that defaulting on the debt “would lead to a self-inflicted wound that takes our economy over a cliff.” Biden called on Republicans to “just get out of the way” and allow Democrats to hold a vote on the debt ceiling this week without “procedural tricks,” because “We are not expecting Republicans to do their part.” When asked whether he could guarantee the U.S. wouldn’t default on the nation’s debt, Biden answered: “No, I can’t. That’s up to Mitch McConnell.” (Washington Post / Bloomberg / Associated Press / Politico / ABC News / New York Times / NBC News / CNBC / CNN)
3/ Chuck Schumer told Senate Democrats he plans to hold a vote this week on a measure to suspend the debt limit until December 2022. “Let me be clear about the task ahead of us,” Schumer said. “We must get a bill to the President’s desk dealing with the debt limit by the end of the week, period.” Mitch McConnell, however, has vowed to block the attempt – again. Schumer threatened to cancel next week’s recess if the legislation doesn’t end up on Biden’s desk. “We do not have the luxury of wai...
Up Next
Popular Playlists
Best Yoga Podcasts: Listen & Learn New Poses Sour Shoe's Greatest Moments on The Howard Stern Show Listen to: Top 15 Funniest Barack Obama Quotes 9 Game Design Podcasts Every Game Designer Needs to Hear 7 Podcast Episodes About The Golden State Killer That Will Keep You Up at Night David Parker Ray & Shocking Audio of the Toy Box Killer You Need to Hear Best UFO Podcasts That Will Abduct Your Mind Controversial Joe Rogan Experience Episodes Audio Wack Packer Beetlejuice Best Moments on The Howard Stern Show Best NoSleep Podcast Episodes To Terrify You Sexy ASMR Audio to Turn You On
Popular Categories
ASMR Business & Tech Cannabis Fashion & Beauty Gaming History Home & Garden Kids & Family Spirituality Travel
Add to playlist
New playlist