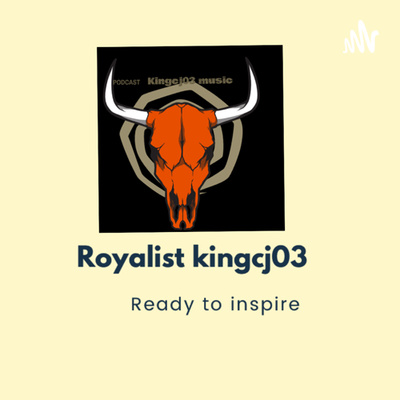 Send in a voice message: https://anchor.fm/cj-m9/message
Category: Hobbies
Publish Date: Oct 03, 2021
Tagged in this Audio:
More
Jump to Full Description
Snippets are a new way to share audio!
You can clip a small part of any file to share, add to playlist, and transcribe automatically. Just click the to create your snippet!
Snippets: Clips of Debate on streaming service v.s In store that people like
Add to Playlist
Share

04:26
would you pay more for comfort?
Hobbies
Playlists that Debate on streaming service v.s In store appears on.

There are currently no playlists containing this audio.
Add this audio track to one of your playlists
Add to Playlist
Up Next
Full Description
Back to Top
Here my honest opinion

would you pay more for comfort?
03:22-07:49
think they, when I went to go get them, They were 19, they were 1999, 20 dollars and then you can get some For like $10 but you had $20 And $20 and $10 depending on where you want to get them from. Um There are a lot of places that sell still sell cds that shooting Them from vinyls. Um, 2nd Charles. If you don't have one of those, any real record player, any real record shop normally has it. Um, a lot of people go to the library, go to the library and get through some cds and listen to something like that. So I get it when you went to go get that city, that's the only artist who was going to support a few artists working in support because you only knew those artists right? So spending that money on that city means you like that artist out of anything else that could have dropped that year. Um or anything out of that month or anything that you knew had dropped already. You would already like that. So you came in the story personally to buy it. So I get it. He's saying, okay, well on the shopper side of it, when you really want to go get a city, you made the monster to get in the car, get the city still found on getting her. Didn't really have anything. But when I see you play and play it. And so the aspect that is very true. It is so weird that we don't have to do that now because we have streaming now streaming my side of streaming and go and really extremely, you don't really have to go anywhere. Shrimp brought a lot of people more comfort and brought them a broader category for music that they would like. So I don't personally know the price on streaming services um, to listen to music. I kind of like using Youtube as like a streaming service. Like people use Spotify as a streaming service. And as I'm saying, Spotify is free. Youtube is free to straight music and that's fine. All right. So the whole thing about streaming it is I get it, he's saying you can do it in the comfort or wherever you're at. You ain't gotta get up. You ain't gonna go nowhere, but you also don't have to go, okay, let me get this, let me get this, let me get this, Oh, I never heard of this artist. Let me go look to see what they have put out and maybe I like it or you can worry about if you just look it up and just find a quick song or a couple albums that you like from that person and and that is very convenient if he's saying we pay for it for the convenience aspect of it. Yeah, I can get it. You've had a lot more money for the convenience of listening to that music like um, it was the music, they kind of make a playlist where you kind of listen to songs that sound similar or in a similar genre as the song that you or artist that you really like. So I get that when you say this should be a lot more, it should be a little bit more personally. I understand what he's saying that, but it's kind of like, what do you prefer? Right. I have a bill that I'm not loved play vinyl, Lord Help that I love playing in my CD player. Right? It's just kind of what you prefer. Now. I don't think you should raise it because you prefer streaming or you prefer CD? Like I don't think, hey, since I'm like, so then I started buying cd player a cd store. Oh yeah. This might not show my age is my show my age or my show how genuinely um, hang around a lot of people that used to buy a lot of cities. So you go, you will go to the cd store, you really find any place that had like grandma used to do them, target used to do it. I don't know if they do it much anymore. Um, and you will get like a movie, like almost uh, closest thing I can think of somebody understand it is Blockbuster. Blockbuster used to run the movies and games and do like that. So that's what you do for cds and you put them in like a Cd player. Uh, so the aspect of the cells, right? Extremist services, you're going to be able to do a lot more, but you're not confined Like you're not confined to that one cd, that one album, that one of anything right extreme. You can, you can hop artists, artists, artists, song, the song, artist Song, but a couple of ads in between. So you can get a free service and that's fine. And I get that. It's, it's easier, I think, streaming wise.
Up Next
Add to playlist
New playlist