Your changes have been saved
All Audio Radio Rental 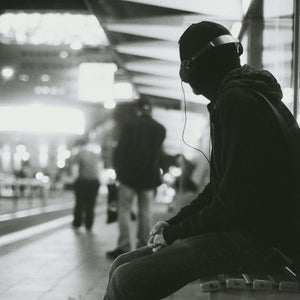 9 Podcasts Like 'This American Life'
01:12:34 6/9/21 10 audios
Up Next
Full Description
Back to Top
Don just wasn't the same after he went to Russia. His demeanor changed, his accent changed, and it sounds like that of a Russian mobster. Did Don really come back? And if so, why is Don acting so strange?
Transcripts
Back to Top
I didn't want any part of it. I mean I still get chills right now because I can hear that voice and I can hear him, he was desperate and he said help. This isn't our dad. And it was like a back track in a movie where everything's like, whoa, He gets his kids, he leaves for Russia. He comes back a totally different guy, New look, a new speech. So I tried to get more information like, hey, you know, what do you mean? What do you mean? He's not your dad just said, can you come over here? We're scared. We don't know what to do. So I go, it's about a 30 minute ride over to the house and in my head is racing and I didn't know what I was going to be walking into. It was pretty tense. My mind was fried a little bit. I was definitely wondering what am I get myself into here? What am I going to walk into? So I go to the apartment, I knock on the door, he opens the door, arms out, big hug, you know, he's got that Russian accent again and he goes, come in, I'm making bullish and at the time I didn't know what bush was, turns out later, I find out it's it's a Russian dish. The guys and they're making a Russian dish, he's rushing. The accent is even more thicker. The boys are kind of peering around the corner from the room. I'm scared to go into the kitchen into the living room. Mhm. At this point I'm really investigating, I'm trying to figure out what's going on with dawn. His eyes are different chest hair hanging out, big gold chain and he's full fledged Russian mobster. Now I was in my head Thinking okay, it's not him. And the boys just told me they're living with him, he's been back a day, 24 hours, at least. They're telling me this is not my dad. I do remember investigating him, looking at his eyes and say, is this is this Dawn? He's speaking like a mobster. He's carrying himself like a Russian mobster. I didn't know what was really going on with him or if it was even him, he's just a different guy. Go talk to the boys. They are terrified. They feel trapped. And I said, you know, we got to get a hold of your mom. Have you called your mom after the custody battle? I found out this that night. The mom had moved to Israel. Now this is early two thousands. The google search wasn't as good. Not everybody had cell phones. So they had a hard time getting ahold of their mom. There's nothing I can do at this time said. I think your dad just needs, he just needs some rest. It was a long trip 20 years old. I don't want to deal with this. I drive home. It feels like I'm in a fellini film or something. I don't know what's coming and going at my theory at first was he was rushing all along. Maybe a Russian spy or a Manchurian candidate or something like that. His vision was over and once he comes back to the States now he can just be full fledged Russian. He didn't, he didn't care. You look into the guy's eyes, he had a creepiness about his eyes, a kind of a blank stare. You never broke character. Once I go to work the next morning and he's still in the same get up carrying himself like a Russian mobster. He's just not himself. They got to a point where by lunchtime, my manager, our boss sends them home and of course everybody at work is coming up to me saying hey you know what's what's up with Don, why is he acting like that? It's what's it's so weird and I don't have any answers for him. We do decide to go do a little happy hour, some of the guys and gals that work and it just gets even creepier. We're at a little happy hour spot, we're talking about him were kind of telling the story, everybody's got an opinion on what happened to Don I'm talking, it gets quiet and I can tell like he's behind me and he's just standing there with this stair with these eyes dark black hair from the dye, his Russian mobster, get up the outfit, he's just standing there looking at us our table and I remember that night it turned from, it was funny to a little bit annoying. You know, you got the Saxon annoying to now I'm just angry. I'm like, come on man, like what is wrong with you?
Up Next
Popular Playlists
Best Yoga Podcasts: Listen & Learn New Poses Sour Shoe's Greatest Moments on The Howard Stern Show Listen to: Top 15 Funniest Barack Obama Quotes 9 Game Design Podcasts Every Game Designer Needs to Hear 7 Podcast Episodes About The Golden State Killer That Will Keep You Up at Night David Parker Ray & Shocking Audio of the Toy Box Killer You Need to Hear Best UFO Podcasts That Will Abduct Your Mind Controversial Joe Rogan Experience Episodes Audio Wack Packer Beetlejuice Best Moments on The Howard Stern Show 12 Best Episodes of the NoSleep Podcast to Keep You Up at Night Sexy ASMR Audio to Turn You On
Popular Categories
ASMR Business & Tech Cannabis Fashion & Beauty Gaming History Home & Garden Kids & Family Spirituality Travel
Add to playlist
New playlist