EA Sports announced the return of its college football video game franchise. Thor Nystrom of NBCSports.com joins the podcast to react. Part 1 of 2.
Category: Sports & Adventure Football
Publish Date: Feb 04, 2021
Author: Kevin McGuire
Tagged in this Audio:
More
Jump to Full Description
Snippets are a new way to share audio!
You can clip a small part of any file to share, add to playlist, and transcribe automatically. Just click the to create your snippet!
Snippets: Clips of EA Sports is bringing college football back that people like
Add to Playlist
Share

03:27
Reacting to the big announcement from EA Sports
Sports & Adventure
Playlists that EA Sports is bringing college football back appears on.
Share 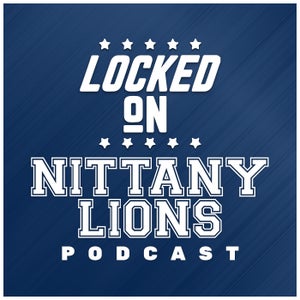 Locked On Nittany Lions
03:00:47 2/2/21 6 audios
Up Next
Full Description
Back to Top
EA Sports announced the return of its college football video game franchise. Thor Nystrom of NBCSports.com joins the podcast to react. Part 1 of 2.
Snippet Transcripts

Reacting to the big announcement from EA Sports
25:10-28:37
Now you see, this is why you are the perfect guest for me today to talk about this next topic of conversation. But before I do that, I just want to say we're doing a video chat as I'm recording this and I'm seeing your eyes light up just at the topic of the best way to use a tight end. N. C W. 14. It's the only reason I still have a PlayStation three hooked up to any TV right now. I don't know what system you're playing N c W 14 on. But as you were saying, there's a very loyal community following that game that has been updating the rosters has put out updated mods so you can get updated helmets and update uniforms. All that good stuff. It's phenomenal what that community has been, and now the whole community is rejoicing because we got word from EA Sports that they're bringing back a college football game. I'm not gonna say the football franchise, although it's basically that they put out the announcement on Twitter saying that they're gonna be bringing back E A sports college. Football, I think, is at least the working title, and it's gonna be a couple of years before we get there. Maybe 2 to 3 years. I don't know what the exact timeline will finally be, but the work is underway. We're gonna get a college football video game. Thor, your reaction. I was thrilled. I was still, you know, like we said before, you know it surprised about the timing of it. Because if if you are gonna wait a couple of years, I don't know why you announce it now because you know, e A Whenever they've been asked about it in the past, they had always been pretty open about the fact that this is not on us. The reason the game's not out, it's not because of us. It's it's because sort of the won't allow us, you know, the players they'd be happy to take, you know, the money for their likenesses and we're happy to pay it. It's just that, you know, there's a sort of impediment because of the rules to doing so on DSO. I'm not surprised that that he is willing to do it because they know they're gonna make money. They're happy to make the game and they're happy to pay their portion of the players. Obviously, I think the players would be willing to to We've had this one party standing in the way of it. Um, you mentioned the thing about the name of the game, which is kind of interesting today. They're not calling it N c a football. They're calling it EA Sports College football. So they're sort of skirting around the N c. A thing we heard today that they had gotten licenses individually from 100 plus teams so far. I don't know if it seems like those Air FBS teams. I hope they also are gonna attempt to include FCS teams in this game. In the last last version of the game in FCS. It's like directional FCS teams, you know, fictional ones like FCS, you know, Northwest, West. It's stupid, like I want to play with, you know and see, you know, not NC State in North Dakota State, and I, you know, I want to play with those kind of teams. You know, I think that would be a fun wrinkle is well, but, you know, I don't know if that's gonna add or whatever, but my whole point is, I don't know why you announce that if you're gonna wait for the naming rights and stuff like that in those laws to be changed. Um, if you're if you're not gonna wait for that and you're just going to try to roll back what you used to dio and just sort of do it with the licenses in the schools and stadiums and you know, you're gonna name quarterback number five and you sort of gonna appear to be like, you know, you know, Bryce Young or whatever. This year, you know, you're starting to try to make him seem like the starters of the of the schools Why you couldn't do that. But what was the impediment to before? Why did you wait till now? If that's the case, or you're gonna wait till to do it until the large change. And then if that's the case, why did you announce this today? Why are you being weird about the names? So there is a couple questions to it. Um, but nevertheless, I'm ecstatic that EA Sports is officially puts, you know, out this formal, you know, nod to the fact that they are going to bring the game back. You
Up Next
Popular Playlists
Best Yoga Podcasts: Listen & Learn New Poses Sour Shoe's Greatest Moments on The Howard Stern Show Listen to: Top 15 Funniest Barack Obama Quotes 9 Game Design Podcasts Every Game Designer Needs to Hear 7 Podcast Episodes About The Golden State Killer That Will Keep You Up at Night David Parker Ray & Shocking Audio of the Toy Box Killer You Need to Hear Best UFO Podcasts That Will Abduct Your Mind Controversial Joe Rogan Experience Episodes Audio Wack Packer Beetlejuice Best Moments on The Howard Stern Show Best NoSleep Podcast Episodes To Terrify You Sexy ASMR Audio to Turn You On
Popular Categories
ASMR Business & Tech Cannabis Fashion & Beauty Gaming History Home & Garden Kids & Family Spirituality Travel
Add to playlist
New playlist