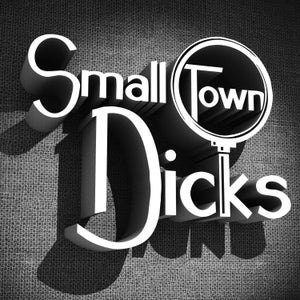 (Part 1) The murder of Officer Chris Kilcullen, in broad daylight, devastated the community he served. Our own Detective Dan was the first to arrive on scene and tend to him, while the armed suspect fled, leading multiple law enforcement agencies in a treacherous, high-speed chase up a remote loggin
Category: True Crime
Publish Date: Sep 04, 2020
Tagged in this Audio:
More
Jump to Full Description
Snippets are a new way to share audio!
You can clip a small part of any file to share, add to playlist, and transcribe automatically. Just click the to create your snippet!
Snippets: Clips of End of Watch: Kilcullen 248, Part 1 that people like

There are currently no playlists containing this audio.
Add this audio track to one of your playlists
Add to Playlist
Up Next
Full Description
Back to Top
(Part 1) The murder of Officer Chris Kilcullen, in broad daylight, devastated the community he served. Our own Detective Dan was the first to arrive on scene and tend to him, while the armed suspect fled, leading multiple law enforcement agencies in a treacherous, high-speed chase up a remote logging road. Where the road dead-ends, a tense standoff commences and our own Detective Dave steps in as the crisis negotiator. In this two-part episode, Detective Dan reflects on the worst day of his law enforcement career alongside Chris’ widow, Kristie, and Chris' former lieutenant, and partner, who remember the kind of man and police officer he was. Special Guests:Ret. Officer RiskoRisko is a die-hard Chicago Cubs fan and was born and raised in Chicago, Il. Prior to becoming a police officer, he served 3 years as a paratrooper in the US Army. After leaving the Army, Risko became a police officer and his career in law enforcement spanned nearly 30 years. During that time he worked on patrol, as a FTO, narcotics detective, and motorcycle officer. He was also a member of the SWAT team. He served an additional 8 years as a member of the National Guard while working as a full time police officer. Risko is a member of the Peer Support Team which offers assistance to people in law enforcement after critical/traumatic incidents. Risko has a master scuba diver rating, has assisted in scuba instruction, and volunteered at a coastal aquarium, an activity he enjoyed with his best friend and work partner, Chris Kilcullen. He’s married and has 3 adult children.Lt. BillsLt. Bills recently retired after serving her community for over 25 years. She has worked on patrol, bike patrol, Crowd Control-Bike Officer, background investigations, and as a crisis negotiator. Bills volunteered for her department's Honor Guard and served for 10 years. She was eventually promoted to Sergeant and then Lieutenant which saw her supervising Special Operations, Investigations, and serving as a Watch Commander. In addition to her supervisory roles, she served as the Crisis Negotiation Team Sergeant for 4 years. Bills graduated from the FBI National Academy and the Senior Management Institute of Policing. She is married to a wonderful woman and they have a son who became a police officer. Her hobbies include playing ice hockey, ski patrol, and all things two-wheeled (bicycles & motorcycles.Lt. Bills feels most privileged to have been asked to be the family liaison to Kristie Kilcullen after Chris Kilcullen's murder.To read the transcript, go to: https://www.smalltowndicks.com/episode/kilcullen-248-end-of-watch-part-1/For more information on the Chris Kilcullen Memorial Scholarship Fund, please go to www.oregonstudentaid.gov. See acast.com/privacy for privacy and opt-out information.
Up Next
Popular Playlists
Best Yoga Podcasts: Listen & Learn New Poses Sour Shoe's Greatest Moments on The Howard Stern Show Listen to: Top 15 Funniest Barack Obama Quotes 9 Game Design Podcasts Every Game Designer Needs to Hear 7 Podcast Episodes About The Golden State Killer That Will Keep You Up at Night David Parker Ray & Shocking Audio of the Toy Box Killer You Need to Hear Best UFO Podcasts That Will Abduct Your Mind Controversial Joe Rogan Experience Episodes Audio Wack Packer Beetlejuice Best Moments on The Howard Stern Show Best NoSleep Podcast Episodes To Terrify You Sexy ASMR Audio to Turn You On
Popular Categories
ASMR Business & Tech Cannabis Fashion & Beauty Gaming History Home & Garden Kids & Family Spirituality Travel
Add to playlist
New playlist