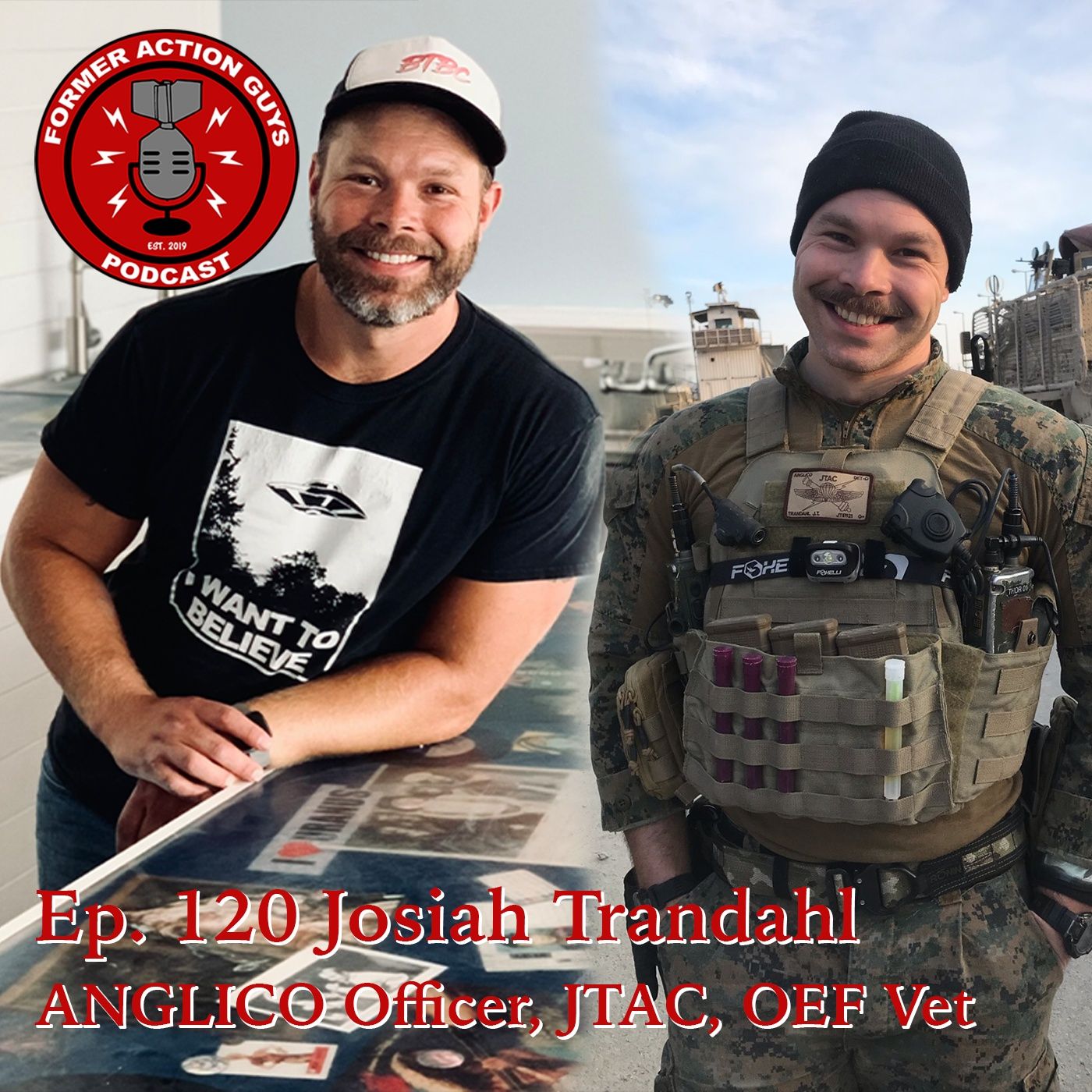 Share
station description Former Action Guys Podcast is a way for veterans, first responders and others to sh... read more

Josiah Trandahl is a United States Marine Corps Reserves officer with a background in artillery. After serving with Mike Battery in Chattanooga, TN, Trandahl transferred to 4th ANGLICO out of West Palm Beach, FL. We start the show off by talking about Josiah's brewery in Gallatin, TN and some of the
Category: Documentary
Publish Date: Aug 17, 2021
Tagged in this Audio:
More
Jump to Full Description
Snippets are a new way to share audio!
You can clip a small part of any file to share, add to playlist, and transcribe automatically. Just click the to create your snippet!
Snippets: Clips of Ep. 120 - Josiah Trandahl - ANGLICO Officer, JTAC, OEF Veteran that people like