Your changes have been saved
All Audio Former Action Guys Podcast 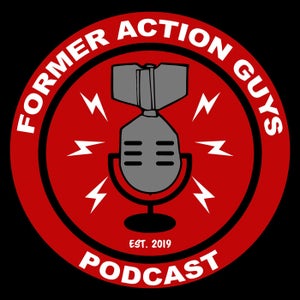 Share
station description Former Action Guys Podcast is a way for veterans, first responders and others to sh... read more

Tracy Offutt is a former Marine Corps Sergeant Major, infantryman and all-around good dude. I'm glad to have him back on the show and we get caught up on what he's been doing with his retirement and BS about current events.Want to be on the Former Action Guys Podcast?https://forms.gle/9MuoSkzBUgNiVg
Category: Documentary
Publish Date: Oct 12, 2021
Tagged in this Audio:
More
Jump to Full Description
Snippets are a new way to share audio!
You can clip a small part of any file to share, add to playlist, and transcribe automatically. Just click the to create your snippet!
Snippets: Clips of Ep. 127 - Tracy Offutt - Retired Marine Corps Sergeant Major, Infantryman, Gulf War/OIF/OEF veteran that people like