Your changes have been saved
All Audio Podcast Station

From Audio: Episode 1: The Message 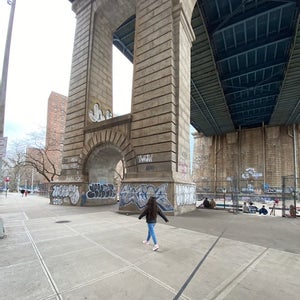 There are currently no playlists containing this audio.
Add this audio track to one of your playlists
Add to Playlist
Up Next
Full Description
Back to Top
Snippet of the episode titled "The Message"
Transcripts
Back to Top
What's going on? What's up? Everybody out there? My name is just heck and this is the just another podcast show. Episode one. So for people out there thinking, you know why name the podcast. Just another podcast. Well, the main reason is probably sarcasm. Um, I've been racking my brain for months, trying to figure out a great name for the show and my executive producer. Or at least that's what she named herself, uh, my wife, executive producer of the show and of my life? Apparently. No. We were sitting down on the couch watching TV one night and I'm looking up names and I'm kind of see trying to see, you know, Okay, what's a great name? What can I use? What hasn't been used already. Blah, blah, blah, blah, blah, right? And I'm telling her name's and she's just saying, No, no, no, no Common wife, Common common white phrase. No, no, no. Anyhow, she just like, Nope. I don't like it. I don't like it. I think that's whack. I don't think that's good. So I'm just like, okay, you know, because I'm always up open to constructive criticism and she just comes out with the name. She just says, Why don't you name it? Just another podcast and I'm like, that actually sounds really dope. Um, on many different levels. And so I just decided it. That's gonna be the name. So I welcome you guys to the show.
Up Next
Popular Playlists
Best Yoga Podcasts: Listen & Learn New Poses Sour Shoe's Greatest Moments on The Howard Stern Show Listen to: Top 15 Funniest Barack Obama Quotes 9 Game Design Podcasts Every Game Designer Needs to Hear 7 Podcast Episodes About The Golden State Killer That Will Keep You Up at Night David Parker Ray & Shocking Audio of the Toy Box Killer You Need to Hear Podcasts About UFO & Aliens That Will Abduct Your Mind Audio Cheat Sheet To The Sexy Liberal Podcast Network Controversial Joe Rogan Experience Episodes Audio Wack Packer Beetlejuice Best Moments on The Howard Stern Show 12 Best Episodes of the NoSleep Podcast to Keep You Up at Night
Popular Categories
ASMR Business & Tech Cannabis Fashion & Beauty Gaming History Home & Garden Kids & Family Spirituality Travel
Add to playlist
New playlist