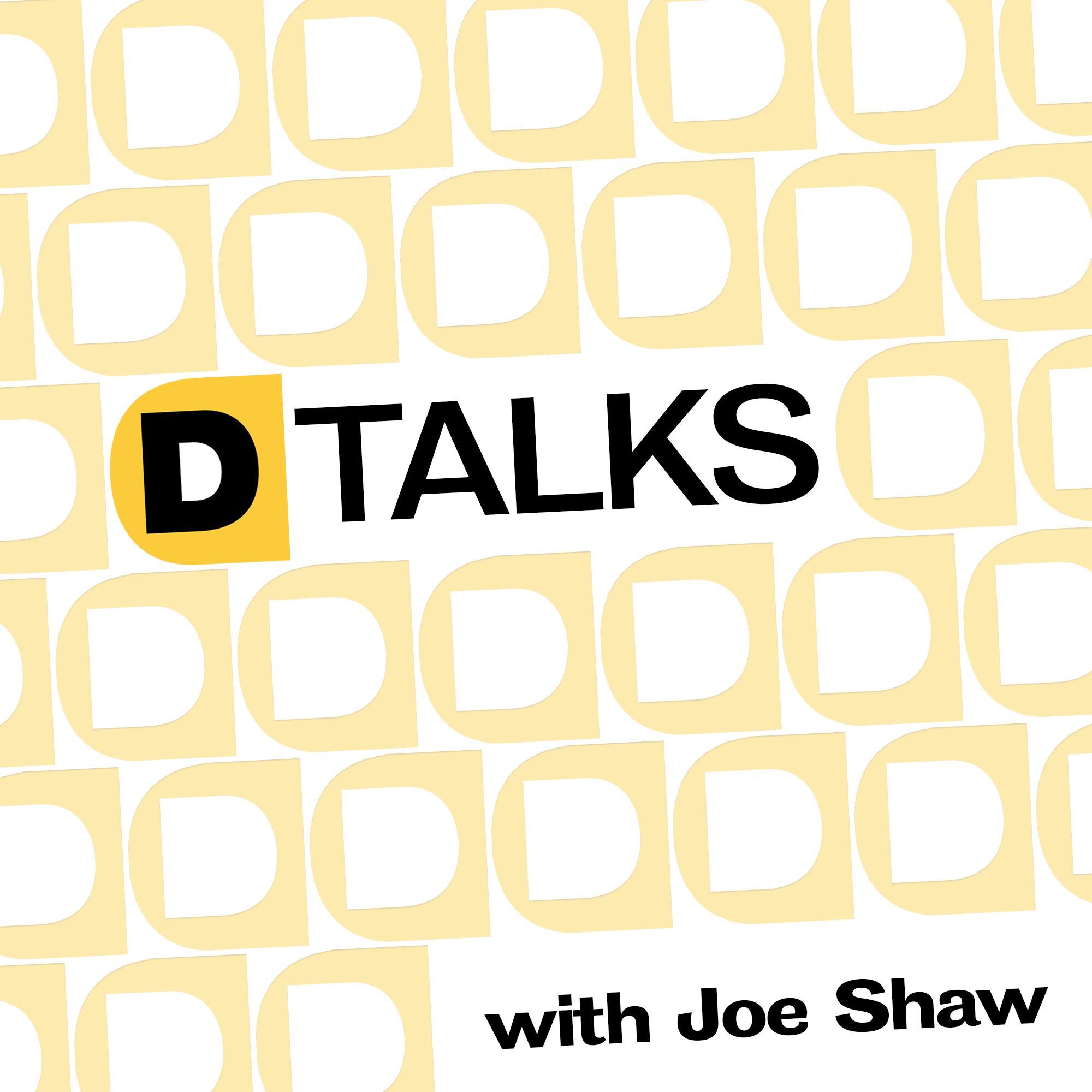 In this episode of the podcast Joe talks to Dr. Deborah Pope about the Ezra Jack Keats Foundation, the EJK Awards, an upcoming documentary, and the importance of representation in children's literature. Specifically representation in books that 'celebrate childhood'. Enjoy! About Dr. Deborah Pope Du
Category: Kids & Family
Upload Date: Jul 05, 2021
Jump to Full Description
Snippets are a new way to share audio!
You can clip a small part of any file to share, add to playlist, and transcribe automatically. Just click the to create your snippet!
Snippets: Clips of Episode 185 - All In The Spirit Of Keats (ft. Dr. Deborah Pope) that people like

There are currently no playlists containing this audio.
Add this audio track to one of your playlists
Add to Playlist
Up Next
Full Description
Back to Top
In this episode of the podcast Joe talks to Dr. Deborah Pope about the Ezra Jack Keats Foundation, the EJK Awards, an upcoming documentary, and the importance of representation in children's literature. Specifically representation in books that 'celebrate childhood'. Enjoy! About Dr. Deborah Pope During her tenure as Executive Director, Deborah Pope has focused the work and mission of the Ezra Jack Keats Foundation on increasing diversity in children’s literature and enriching the quality of public education. Through her efforts, the Ezra Jack Keats Book Award is recognized internationally as an imprimatur of quality children’s books for a diverse audience. She has shaped the EJK Bookmaking Competition in New York City into a program easily transferred to school districts across the country; increased the national impact of the EJK Mini-Grants Program; and developed the Foundation website into an invaluable, wide-ranging resource for families, educators and researchers. Deborah was co-executive producer of the Amazon Snowy Day Holiday Special which premiered in 2016, earned two Daytime Emmys®, two Kidscreen Awards and a BAFTA nomination. Her campaign to create postage stamps honoring Ezra succeeded in 2017, when the USPS issued a series of four stamps with scenes from The Snowy Day. Deborah came to the Foundation from an extensive career in theatre and arts-in-education. She was Founding Artistic Director of The New Theatre of Brooklyn (TNT), an award-winning regional theatre for which she developed an enriched arts-in-education program. She consulted on arts-in-education programming for the New York City Department of Cultural Affairs and Department of Education, served on granting panels for the New York State Council on the Arts, the New York City Department of Cultural Affairs and the New York Drama League, and was a board member of of the Alliance of Resident Theatres/New York (ART/NY) and the Roundtable Coalition of Arts-in-Education Providers. About The Ezra Jack Keats Foundation The Ezra Jack Keats Foundation was incorporated in 1964, with Ezra as President and his lifelong friend, Martin Pope, as Secretary, and remained private until Ezra’s death, in 1983. His will directed that the Foundation use the royalties from his books for social good. It was left to his successors to decide how best to carry out his wishes. With Ezra’s royalties, Martin Pope and his late wife, Lillie Pope, who became President and Vice President of the Foundation, focused their efforts on a population especially dear to Ezra: children. During his impoverished boyhood, the public schools where he won prizes in art and the public libraries where he learned about the world were lifelines that allowed him to dream of success. Through the support of its programs, the Foundation gives generations of children the same kind of opportunities, and hopefully, to a lifetime of learning, a love of reading and a belief in themselves. About the EJK Awards Now celebrating its 35th Anniversary, the Ezra Jack Keats Award was created to nurture illustrators and writers, early in their careers, who create extraordinary books that reflect our diverse population, the universal experience of childhood and the strength of family. Over the years the EJK has succeeded in fostering the early careers of many of our country’s leading children’s book makers.   To quickly and easily leave a rating/review for this podcast please go to:  https://ratethispodcast.com/dtalkspodcast Thanks to Snuffy for this episode of the podcast! Snuffy is a clothing brand about empowering you to show your weird - unapologetically, with bravery and confidence. 10% of profit goes to LGBTQ+ organizations led by Trans* people of color. Shop online now at snuffy.co Also, thanks to Empire Toys for this episode of the podcast! Nostalgia is something everyone loves and Empire Toys in Keller Texas is on nostalgia overload.   With toys and action figures from the 70’s, 80’s, 90’s, and today, Empire Toys is a one-stop-shop for a trip down memory lane and a chance to reclaim what was once yours (but likely sold at a garage sale)   Check out Empire Toys on Facebook, Instagram, or at TheEm
Up Next
Popular Playlists
Best Yoga Podcasts: Listen & Learn New Poses Sour Shoe's Greatest Moments on The Howard Stern Show Listen to: Top 15 Funniest Barack Obama Quotes 9 Game Design Podcasts Every Game Designer Needs to Hear 7 Podcast Episodes About The Golden State Killer That Will Keep You Up at Night David Parker Ray & Shocking Audio of the Toy Box Killer You Need to Hear Podcasts About UFO & Aliens That Will Abduct Your Mind Audio Cheat Sheet To The Sexy Liberal Podcast Network Controversial Joe Rogan Experience Episodes Audio Wack Packer Beetlejuice Best Moments on The Howard Stern Show 12 Best Episodes of the NoSleep Podcast to Keep You Up at Night
Popular Categories
ASMR Business & Tech Cannabis Fashion & Beauty Gaming History Home & Garden Kids & Family Spirituality Travel
Add to playlist
New playlist