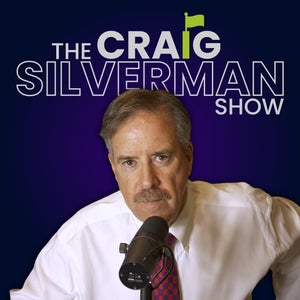 Share
station description Saturdays from 9am - Noon MST. or anytime at TheCraigSilvermanShow.com

Did he kill his wife? And was it after deliberation? Suzanne Morphew disappeared from her Chafee County, Colorado, home on Mothers’ Day 2020. Had Suzanne’s spouse discovered her affair with the Morphew
Category: Government
Publish Date: Aug 28, 2021
Jump to Full Description
Snippets are a new way to share audio!
You can clip a small part of any file to share, add to playlist, and transcribe automatically. Just click the to create your snippet!
Snippets: Clips of Episode 59 - Barry Morphew that people like

There are currently no playlists containing this audio.
Add this audio track to one of your playlists
Add to Playlist
Up Next
Full Description
Back to Top
Rundown -

Did he kill his wife? And was it after deliberation? Suzanne Morphew disappeared from her Chafee County, Colorado, home on Mothers’ Day 2020. Had Suzanne’s spouse discovered her affair with the Morphews’ former high school classmate? Barry Morphew is charged with first-degree murder even though Suzanne’s body has never been found.

Veteran journalist Carol McKinley has been in the Salida courtroom for ABC and its hit show 20/20 covering the action during Barry Morphew’s lengthy preliminary hearing in front of Colorado Judge Patrick Murphy. Listen to a riveting description of the attorneys involved, the witnesses, the family members in the gallery, and Barry Morphew himself.

Might the Morphew daughters’ decisions on guilt or innocence dictate the result? Judge Murphy is waiting till September 17, 2021 to rule on probable cause which is an extraordinary delay in a Colorado preliminary hearing. But this is not a normal case. The stakes are high. The evidence is circumstantial. A man’s freedom is at stake.

R. Scott Reisch is an accomplished veteran Colorado defense attorney and host of the hit YouTube show, Crime Talk. Listen to two criminal courtroom lawyers have a lively conversation in Craig’s Lawyers’ Lounge about the Morphew case and America’s fascination with big trials. What is the proper punishment for murder?

Scott Reisch is also a Marine and talks about Afghanistan and the violent demise this week of his fellow Marines and scores of others. Who bears responsibility?  Violence born of hatred can ruin societies and these concepts are wonderfully encapsulated in our Troubadour Dave Gunders’ magnificent song titled, A Sun Still Shining.
Up Next
Popular Playlists
Best Yoga Podcasts: Listen & Learn New Poses Sour Shoe's Greatest Moments on The Howard Stern Show Listen to: Top 15 Funniest Barack Obama Quotes 9 Game Design Podcasts Every Game Designer Needs to Hear 7 Podcast Episodes About The Golden State Killer That Will Keep You Up at Night David Parker Ray & Shocking Audio of the Toy Box Killer You Need to Hear Best UFO Podcasts That Will Abduct Your Mind Controversial Joe Rogan Experience Episodes Audio Wack Packer Beetlejuice Best Moments on The Howard Stern Show 12 Best Episodes of the NoSleep Podcast to Keep You Up at Night Sexy ASMR Audio to Turn You On
Popular Categories
ASMR Business & Tech Cannabis Fashion & Beauty Gaming History Home & Garden Kids & Family Spirituality Travel
Add to playlist
New playlist