How A Roadtrip Mentality Could Inspire Your Next Career Goal

From Audio: Finding Your Ideal Career Direction with Mike Marriner of Roadtrip Nation

Share
station description Your connection with money should be one of the best relationships in your life. Is... read more

Start Time: 12:16 End Time: 15:49
Once you get out into the working world, you begin to see the vast variety of fields that people make a living in. Listen as Michelle Perkins interviews Mike Marriner of Roadtrip Nation on the importance of exploring by doing. You have to follow the things you're interested in and believe in them.
Category: Business & Tech
Publish Date: Aug 06, 2021
Snipped By:
Share
station description Navigating the world of finance can be overwhelming and complex at times, so let us... read more 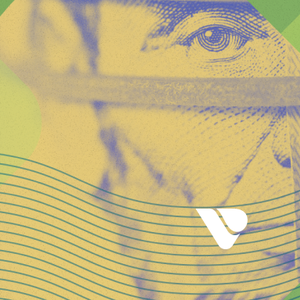 Vurbl World of Finance: Earnings, Education, Opinion
Tagged in this Audio:
More
Jump to Full Description Transcript
Playlists that How A Roadtrip Mentality Could Inspire Your Next Career Goal appears on.
Share 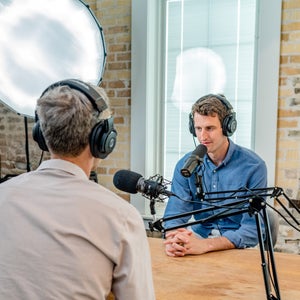 Dive Into The Fascinating Podcasts Of UBNGo
01:14:18 8/17/21 16 audios
Up Next
Full Description
Back to Top
Once you get out into the working world, you begin to see the vast variety of fields that people make a living in. Listen as Michelle Perkins interviews Mike Marriner of Roadtrip Nation on the importance of exploring by doing. You have to follow the things you're interested in and believe in them.
Transcripts
Back to Top
that's one thing I really love about um your book is just encouraging people to to just try, you know, to just start exploring by doing and seeing what happens. And uh and I really do, I have come to believe over the years of coaching people and everything else that and and they don't always love hearing that, you know, you're going to have to just step out and start trying some things and see it might work out, it might not, there's no guarantee you don't know how long things are going to take. So uh any thoughts on that, what would your advice be in that realm? Yeah, I think just following things are interested in, I mean, that's kind of like part of the way the world is that there's so many operate. You know, the good thing about the world today is there's so many paths you can take. The tough part is that there's just like there's so many paths you can take, so how do you how do you decide? And so that was the good thing is that whereas maybe in previous generations you couldn't really follow your interests as much because they were just limited paths, you might decide just to choose one thing, but today, you can really find something you're interested in trying to align it, you know, and, and, and, and, and, you know, you have to, it's not as simple as that. You need to find a way to drive income and drive revenue and feel your life and all that stuff, and but, you know, we we believe that if you follow something you're interested in, you'll be better at it, you'll commit to it, you'll, you know, and it can be something as weird as a road trip, you know, like, we were really engaged in our road trip project and we really believed in it, you know, and we, and it could be something we turned into a company, you know, and we're still doing it 19 years later, and it's this whole big national thing with 85 employees and seven motorhomes, and it's a big office and we're all over the place, you know, and it started with the road trip, you know, it's just more about, I think, you know, you know, we interviewed this guy on on our road trip, our first road trip, it was Michael Jagger, he's the founder of the first ad agency in Burlington Vermont that worked with Burton snowboards. And he said when you magnify what it is, you believe in the world, conspires to support you on your path. And I never forgot that, because it was like, it doesn't matter what it is, as long as you find something that you really, really believe in, and you, and you put it out there like the world will conspire to support you. That's definitely what happened with us and it doesn't mean that it's all easy, you know, like it took us years to generate revenue on the road trips and we starved along the way and lived off credit cards and didn't make a didn't make a decent living for a good four or five years, you know, and and had to defer student loans and you know, didn't really have, I had no one paying for my stuff and all I mean it was it was a lot you know and but we made it work, you know, and we always made just enough money to like we shared a car, you know, we share, we lived at the office like I had all my clothes under my desk, you know, like as long as we can pay the office rent, we knew we could like live at the office to sleep on the couch and, and you know, you can't always do that like now I have two kids and you know families will be harder to like do that today. But I think whatever your circumstances just kind of, you just kind of, you still have to make it work, you know, it's not easy, but I, we believe that if you find something you're interested in, you know, over the long run it will, it will serve you well. So yeah, beautiful. And you brought up a really great point because the show is uh to some extent about money, money in you and so there's always this money component and and obviously what you do for a living, uh and how you spend your time and and all of that. I mean they're incredibly tied together obviously. Uh I mean to me, your career choice is just an enormous factor in trying to live a more limit free life because you can build.
Up Next
Popular Playlists
Best Yoga Podcasts: Listen & Learn New Poses Sour Shoe's Greatest Moments on The Howard Stern Show Listen to: Top 15 Funniest Barack Obama Quotes 9 Game Design Podcasts Every Game Designer Needs to Hear 7 Podcast Episodes About The Golden State Killer That Will Keep You Up at Night David Parker Ray & Shocking Audio of the Toy Box Killer You Need to Hear Best UFO Podcasts That Will Abduct Your Mind Controversial Joe Rogan Experience Episodes Audio Wack Packer Beetlejuice Best Moments on The Howard Stern Show Best NoSleep Podcast Episodes To Terrify You Sexy ASMR Audio to Turn You On
Popular Categories
ASMR Business & Tech Cannabis Fashion & Beauty Gaming History Home & Garden Kids & Family Spirituality Travel
Add to playlist
New playlist