From Audio: Zacharie Kinslow | The Complex Life of Elias Polk 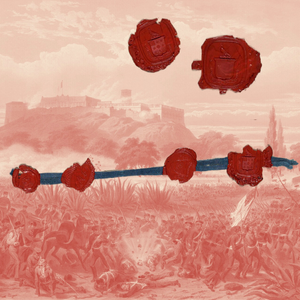 Episode Highlights
17:21 1/25/21 7 audios
Up Next
Full Description
Back to Top
Zach Kinslow demonstrates how narratives about faithful slaves were used to advance white supremacy and paint the institution of slavery in a better light after emancipation.
Transcripts
Back to Top
life. The story goes like this. This is supposedly taking place right after James Pope would become president and moved to D. C. Now Elias is there, and it says it was Elias is custom to drive it in his master, um, the carriage to Washington. The first journey was made in 18 26. Uh, when James K. Polk was elected a member of Congress, one of these trips after the Tennessee and had become president. A night was spent in Wilkes Barre, Pennsylvania. So after James becomes president, him and Elias go to Wilkes Barre, Pennsylvania. The next morning, while lives was in the stable, getting his horses ready, several white men approached him and asked him if he didn't know he was free. They told him he was in a free state where a man could not hold slaves and all he had to do was leave, and his master could not do a thing. Do you think I would go back on the president that way? No, sir. You don't know me. I'd rather die than runoff, said Elias. The president happened to be near and heard this. He was greatly pleased in the next day surprised the faithful valet by speaking of it and told him whenever he wanted his freedom, he could have it. The problem with this story is President Pulp kept a meticulous diary and extensive correspondence and a tight record. What happens is we look at his record. These sources from the time and realize this never happened. At no time did James Pulp travel to the Keystone State with just Elias. This story undoubtedly emerged in the latter half of the 19th century attempt to portray Elias as a faithful slave, and James is a benevolent slaveholder. Narratives portraying African Americans as loyal to slaveholders were common, uh, a common way to justify white supremacy and diminished black with the black community, efforts to rise above the oppression of the Gilded Age and the reconstruction. First, the claim that a black man preferred bondage to freedom, Belisle slavery's basis and cruelty. Horror. Elias is supposed refusal of emancipation places the blame for enslavement not on President Polk but on allies himself, with the reality of the situation being that when the story supposedly happened, Elias was nearly 800 miles away, working as a rental slave to James Houston, Thomas in Middle Tennessee because of the looks. Very story never happened. It was propaganda to perpetuate white supremacy and make James Polk look like a benevolent slaveholder who cared actually about allies poke.
Up Next
Popular Playlists
Best Yoga Podcasts: Listen & Learn New Poses Sour Shoe's Greatest Moments on The Howard Stern Show Listen to: Top 15 Funniest Barack Obama Quotes 9 Game Design Podcasts Every Game Designer Needs to Hear 7 Podcast Episodes About The Golden State Killer That Will Keep You Up at Night David Parker Ray & Shocking Audio of the Toy Box Killer You Need to Hear Best UFO Podcasts That Will Abduct Your Mind Controversial Joe Rogan Experience Episodes Audio Wack Packer Beetlejuice Best Moments on The Howard Stern Show Best NoSleep Podcast Episodes To Terrify You Sexy ASMR Audio to Turn You On
Popular Categories
ASMR Business & Tech Cannabis Fashion & Beauty Gaming History Home & Garden Kids & Family Spirituality Travel
Add to playlist
New playlist