Your changes have been saved
All Audio ‎Food About Town 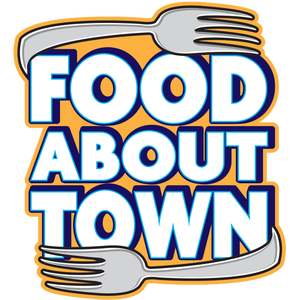 For my first interview on Food About Town, I sat down with Chef/Owner Paul Vroman from the Brick N Motor food truck the day before the first Food Truck Rodeo of 2013 to learn more about his background and the regulation battles in the area.
This is new to me so please feel free to comment and help m
Category: Food & Drink
Publish Date: May 29, 2013
Tagged in this Audio:
More
Jump to Full Description
Snippets are a new way to share audio!
You can clip a small part of any file to share, add to playlist, and transcribe automatically. Just click the to create your snippet!
Snippets: Clips of F.A.T. Episode 1 – Brick N Motor Interview that people like

There are currently no playlists containing this audio.
Add this audio track to one of your playlists
Add to Playlist
Up Next
Full Description
Back to Top
For my first interview on Food About Town, I sat down with Chef/Owner Paul Vroman from the Brick N Motor food truck the day before the first Food Truck Rodeo of 2013 to learn more about his background and the regulation battles in the area.
This is new to me so please feel free to comment and help me get better at this. Transcribing this from a recording was a bit of a hassle so in the future I might just offer interviews as podcasts. I have some more planned and this will be a regular feature going forward on the site so strap in and we’ll figure this out together!
Update: I have posted the full audio now as a podcast and it will be available on iTunes soon!

CL: I certainly hope so. It’s a lot of great exposure for the food trucks in Rochester.
PV: I agree. It’s definitely going to be a big turnout. To my knowledge, we’re up to 15 trucks that are actually going to be there. Theres going to be about 5 carts and 6 trailers as well so it’ll be good exposure. With a lot of the trucks in the press lately, we’re hoping that it’s going to bring more people to the rodeos than last year because there was not a lot of people knew about knew about trucks in Rochester compared to today
CL: And now with almost 30 vendors it is getting more popular and obviously brings a lot more news reporting on the truck issue both in the city and the suburbs. How would you describe the current situation licensing wise?
PV: Licensing in the city is becoming a little bit easier. I think the departments are finally talking with each other and it was easier for us to finally get a license than it was prior to getting inspected. There have been a lot of unanswered questions on the city&#8217;s end, but now they have those answers so it&#8217;s going to be easier. It is going to be more streamlined for new truck owners coming into the situation. It&#8217;s still kind of a mess in the city and it&#8217;s not what we wanted with what is going on but we gotta start somewhere. Baby steps, but hopefully at the end of this pilot progam they&#8217;ll open up more of the city and lessen the fee. Give us more time downtown because that&#8217;s what we want. The suburbs are still a mess&#8230;&#8230;yeah, I don&#8217;t want to say a mess but they don&#8217;t know how to regulate the trucks. They don&#8217;t know how to control what&#8217;s going on in their town because they are larger and have more open space than in the city of Rochester. So to keep keep a watchful, careful eye on them is going to be a little difficult. We just filed another permit with the Town of Henrietta. We&#8217;ll have a meeting again on June 19th I believe. Same thing&#8230;.we&#8217;ll have to go in front of the board. We had to go through the same steps before and hopefully it’ll be a little bit easier for Nate and I this time just because we&#8217;ve been through that process but it doesn&#8217;t mean we&#8217;re going to get it because we already have one.
CL: And that was for one location right?
PV: Correct, and it&#8217;s going to be for site specific, time specific, date specific. Doesn&#8217;t mean we can roll into Henrietta at any point and time and park at these locations. Not to say that we wouldn&#8217;t if we had to but it is something that needs to change. They need to come up with all around process. The suburbs&#8230;.I liked them up until this point because it was office parks and  secluded
Up Next
Popular Playlists
Best Yoga Podcasts: Listen & Learn New Poses Sour Shoe's Greatest Moments on The Howard Stern Show Listen to: Top 15 Funniest Barack Obama Quotes 9 Game Design Podcasts Every Game Designer Needs to Hear 7 Podcast Episodes About The Golden State Killer That Will Keep You Up at Night David Parker Ray & Shocking Audio of the Toy Box Killer You Need to Hear Best UFO Podcasts That Will Abduct Your Mind Controversial Joe Rogan Experience Episodes Audio Wack Packer Beetlejuice Best Moments on The Howard Stern Show Best NoSleep Podcast Episodes To Terrify You Sexy ASMR Audio to Turn You On
Popular Categories
ASMR Business & Tech Cannabis Fashion & Beauty Gaming History Home & Garden Kids & Family Spirituality Travel
Add to playlist
New playlist