Federico Fellini Discusses The Controversy Around La Dolce Vita – 1960 – Past Daily Weekend Gallimaufry - click on the snippet for a sample. 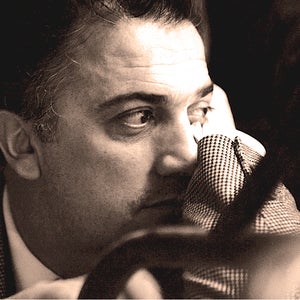 00:38
Play Audio
Add to Playlist
Share Report
It’s hard to imagine a filmgoer spitting on Federico Fellini, or being challenged to a duel over perceived disrespect of an entire class of people, but apparently when it came out, La Dolce Vita did just that.

Past Daily: Amazing Historical Concerts & News
Tagged in this Audio:
More
Jump to Full Description Transcript
Found on these Playlists
Full Description
Back to Top
It’s hard to imagine a filmgoer spitting on Federico Fellini, or being challenged to a duel over perceived disrespect of an entire class of people, but apparently when it came out, La Dolce Vita did just that.

A film that has gone on to achieve masterpiece status and universally called one of the best movies ever made was once considered to be borderline obscene – mired in an ocean of sleaze, glamorizing characters who were contemptible at best, a thinly veiled slice of Italian pornography masquerading as art.

But Federico Fellini was never one to shy away from controversy. Over a career that spanned several decades, Fellini either contributed to or directed some of the greatest (and most controversial at the time) films in cinema history.

But in 1960, La Dolce Vita was creating an uproar throughout Italy. It hadn’t been released internationally but was already grabbing headlines in the international press. This was the film you had to see in order to find out what the big deal was.

And so The Today Show, setting up shop in Rome in anticipation of Easter Sunday and broadcasting a special program from The Vatican had already heard about the uproar. Interviewer Dave Garroway had seen the film and wanted to interview Fellini about it. The result is a six+ minute interview, with Fellini stating from the beginning that his English was terrible and that he would do the interview in Italian by way of an interpreter. The gist is his surprise that the Italian audience felt so strongly about it, but truths to tell, he was thrilled by the publicity. The end result is a live broadcast of an interview with Federico Fellini.

If you haven’t seen it yet, La Dolce Vita is required viewing for even the most casual moviegoer. In the meantime, here is that interview, as it was broadcast on April 15, 1960.
Transcripts
Back to Top
We're not having automobile races, which you may hear in the background there when we arrived here in Rome a few days ago, we landed right in the middle of a great controversy over a new three hour long, italian movie that everybody here is talking about. It has the deceptive title of La Dolce vita or The Sweet Life, more actually interpreted actually, it's the pleasant or Easy Time. In any case, the film is not sweet and neither of the people in it, It's an intimate, many say, too intimate to report on roman society today. As such, it's, to a great extent, a compilation of the ugly, sordid lives of several people who live for the central
Up Next
Add to playlist
New playlist