Share
station description Daily commentary on pop culture with a shot of cheer.

Start Time: 01:48 End Time: 06:56
The teen angst is real and I am not over it! Olivia's second single "good 4 u" really gives us the same essence of one of Miley Cyrus' first singles "7 Things". Olivia's teen girl power really shines through, throwing us back to true teenage heartbreak and frustration. How can we not relate?!
Category: Entertainment After Shows
Publish Date: Jun 09, 2021
Snipped By:
Share

Aimee Alexander Audio Station
Tagged in this Audio:
More
Jump to Full Description Transcript
Playlists that "good 4 u" VS "7 Things" appears on.
Share 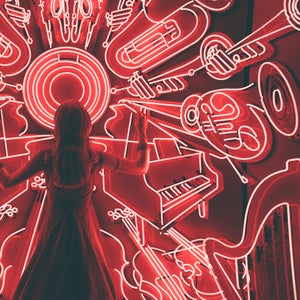 Why We're Obsessed With Olivia Rodrigo
01:15:24 6/7/21 9 audios
Up Next
Full Description
Back to Top
The teen angst is real and I am not over it! Olivia's second single "good 4 u" really gives us the same essence of one of Miley Cyrus' first singles "7 Things". Olivia's teen girl power really shines through, throwing us back to true teenage heartbreak and frustration. How can we not relate?!
Transcripts
Back to Top
making power of tick tock to make Olivia Rodrigo a household name, She's had success with her follow up singles, Deja vu and Good For You. Earlier this month she made her saturday night live debut. But Sour is her biggest moment yet and a chance to kind of establish herself as a full fledged pop star. Now, Alex, you have been following Olivia Rodrigo's career, what do you think of Sour? Well for one, I when I was listening to the album for the first time and I heard Good For You, I was like I heard something that was sort of missing from driver's license and deja vu that you hear sprinkled throughout the album and I think that sort of stand out pop rock sound is what's going to take her really far for this album may be onto emotional apathy is like wounded, maybe I'm too much. No, maybe you never can a with a dance. Yeah, I think it's worth talking about, Good for you, Good for you. Has this really kind of spiky, almost kind of pop punky feel to it that, as you said, really injects a different kind of energy into, into this record. I really love the energy on it. And I think if Olivia Rodrigo can sing a little louder and like, bang her head a little harder, she can go really far with that sound. Um I hear a lot of comparisons to, like, paramours misery business, but honestly, my first thought was I hate to make this comparison because they're both Disney stars, but like Miley Cyrus is seven things, the sort of like, pop rock, heartbreak anthem for, like, young women that has the same kind of snark which you don't really get from a lot of artists who are coming up her age. Um it sort of mixes the heartbreak with the anger in a way that really, honestly kind of funny and charming. Yeah. Seven things I hate about you. The 7th ahead of a bl how are you? You're playing your game, care, you love me. Like, you you made me cry. I don't know when signed by your presence. Yeah, I mean, those comparisons are somewhat inevitable. I mean, anytime you're coming up as a new pop star, people are going to throw comparisons around. It is I mean, it is worth noting, like she has spoken in interviews a lot about being a huge, huge, huge taylor swift fan. I think the taylor swift penis pops up in a lot of ballads on this record. I think the kind of, specificity around heartbreak, specificity around singing about relationships feels very much like a descendant of what Taylor Swift has been doing for years now, but I think you also have to throw out a comparison to Lord Lord Lord, definitely her spirit hovers over this record. But I do think on this record, having some of those kind of spiky er influences really helps kind of break it out kind of beyond that comparison. This album opens with a song called brutal and when I was listening to this record for the first time, I mean the first moments you get right out of the Gate are just these big guitars and I think that really helps make this record stand out, let's actually here a little bit of brutal. I've done this before and I wish people like oh talking Mhm good, it's brutal out here. Mhm. First of all I love the guitars. I hear notes of bands from the nineties like elastica and Veruca salt in those guitars. I think that's a really welcome injection of energy into what she's doing. But also lyrically it is a dark song. It is a sour, appropriately enough, it is a sour song lyrically, but it's not just kind of fixated on this one heartbreaker, it's it's not fixated on a relationship and I see a real way forward for her in this song, given how many other songs on this record are about jealousy and the aftermath of a breakup. I totally hear that. I think it's all about this self awareness that she has, that kind of present in my generation where we're obsessed with making things about like our psyche, about our mental health um and like completely deconstruct.
Up Next
Popular Playlists
Best Yoga Podcasts: Listen & Learn New Poses Sour Shoe's Greatest Moments on The Howard Stern Show Listen to: Top 15 Funniest Barack Obama Quotes 9 Game Design Podcasts Every Game Designer Needs to Hear 7 Podcast Episodes About The Golden State Killer That Will Keep You Up at Night David Parker Ray & Shocking Audio of the Toy Box Killer You Need to Hear Best UFO Podcasts That Will Abduct Your Mind Controversial Joe Rogan Experience Episodes Audio Wack Packer Beetlejuice Best Moments on The Howard Stern Show 12 Best Episodes of the NoSleep Podcast to Keep You Up at Night Sexy ASMR Audio to Turn You On
Popular Categories
ASMR Business & Tech Cannabis Fashion & Beauty Gaming History Home & Garden Kids & Family Spirituality Travel
Add to playlist
New playlist