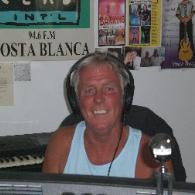 From Audio: Green Issues in Focus

‎Europe Calling
Tagged in this Audio:
More
Jump to Full Description Transcript
Playlists that Green Issues in Focus appears on.

There are currently no playlists containing this audio.
Add this audio track to one of your playlists
Add to Playlist
Up Next
Full Description
Back to Top
Neil Colbourne discusses items in the UK news and other items as necessary
Transcripts
Back to Top
Everybody. It's 19 October uh, we've had a slow start the day. It's been sort of, I won't say cold, but certainly not as warm as it has been big. Grey, no sign of a blue sky, but it's picking up now. And let's find out whether there is any difference as we go down from Denia towards Lannoo theater. So good morning to you Neil and what you ever like. Yeah, beautiful. We've got a few fluffy white clothes, but sons went out home on have been for the war with the dog. Doesn't mind until tonight and it's absolutely, well, I didn't, I didn't even put a vest on. I just had shot from a tree amazon. So it's been lovely here. Okay, well, look with there's a lot of Islamic modes. Yeah, we're gonna start off by looking at the european union risks collapse if it continues to blackmail Poland, This is the country's Prime Minister. Warning amid an escalating battler with the rule of law between Warsaw and brussels. Now, in a letter to the EU leaders, Poland's Prime Minister Maria ski uh, accused the block of starving and punishing his country by withholding billions of euros in covid recovery money. Following a row over sovereignty. Earlier this month, Poland's constitutional court ruled that EU treaties were incompatible with the polish constitution put in Warsaw and brussels on a full collision course on the eve of a speech. The european parliament muriqui insisted Poland would remain a loyal member of the EU but warned that the bloc risked becoming deprived of democratic control if they did not protect the sovereignty of Member States, Poland's populist right wing government has been at odds with the EU for years over controversial judicial reforms. The ruling by Poland's Supreme Court earlier this month fueled talk of a potential poll exit. But here the Prime Minister says his government has no intention of following Britain's example and taking Poland out of the EU. I would like to assure you that Poland remains a loyal member of the european union, he wrote however, he warned against a dangerous phenomenon that threatens the future of our union, adding that we ought to be anxious. I mean, the gradual transformation of the union into an entity that would cease to be an alliance of free, equal and sovereign states and becoming one centrally managed organism governed by institutions deprived of democratic control. If we do not stop this phenomenon, all will feel its negative effects today. It may concern just one country tomorrow. Under a different pretexts another, he said, but he added that without imposing one's will on others, we can find a solution that will strengthen our european union. Well, I think he's talking in riddles, I don't know about you. Um it sounds to me like they're coming to the sensors and they're realizing that all it's about this great big plan of europe becoming one United States of europe. Yeah, yeah. He won't put it to a referendum though because Poland will just knock him straight off his purse because they're they're after all the people you see they won't put each other people because their friend said that you've got Germany and France think that they can, you know, bully all the other states. You know it's just nobody will put it these in spain don't want to be in it. Them in Greece. Never wanted the euro. Anyway. I Poland. They've been at loggerheads for years with them. Well all of a sudden.
Up Next
Add to playlist
New playlist