Your changes have been saved
All Audio The Rough Cut 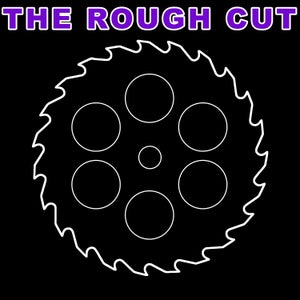 Editors - Jess Brunetto, Susan Vaill ACE, Ali Greer Hacks editors Jess Brunetto, Susan Vaill ACE and Ali Greer each find themselves nominated for an Emmy® award for their work on Season One of their hit series.  For those not familiar with the show, Hacks is an American comedy-drama series created b
Category: Reviews Movie Reviews
Publish Date: Aug 30, 2021
Tagged in this Audio:
More
Jump to Full Description
Snippets are a new way to share audio!
You can clip a small part of any file to share, add to playlist, and transcribe automatically. Just click the to create your snippet!
Snippets: Clips of Hacks that people like

There are currently no snippets from Hacks.
Snippets are an easy way to highlight your favorite soundbite from any piece of audio and share with friends, or make a trailer for The Rough Cut
Create a Snippet
Playlists that Hacks appears on.

There are currently no playlists containing this audio.
Add this audio track to one of your playlists
Add to Playlist
Up Next
Full Description
Back to Top
Editors - Jess Brunetto, Susan Vaill ACE, Ali Greer Hacks editors Jess Brunetto, Susan Vaill ACE and Ali Greer each find themselves nominated for an Emmy® award for their work on Season One of their hit series.  For those not familiar with the show, Hacks is an American comedy-drama series created by Lucia Aniello, Paul W. Downs, and Jen Statsky that streams on HBO Max.  The show tells the story of two very funny women at different points in their careers.  Deborah Vance, a legendary Las Vegas stand-up comedy diva, is struggling to maintain relevance while the head of the casino where she performs tries to pare down on her performance dates. Ava is a Gen Z comedy writer who is unable to find work due to being "canceled" over an insensitive tweet. The two reluctantly team up to freshen up Vance's material, while learning to respect each other's differences along the way. JESS BRUNETTO Jess Brunetto is a director, writer, producer and editor. Her film work has screened at Cannes, Venice and Sundance. Her directorial debut Sisters (2021) premiered at SXSW and was nominated for the Grand Jury Award.  In addition to Hacks, her other editor credits include; Awkwafina Is Nora from Queens (2020), Broad City (2014), American Vandal (2017) and Jordan Peele's The Last O.G. (2018), on which she also served as an associate producer. SUSAN VAILL ACE Susan's love of music-driven storytelling has led her to be described as 'a legendary music supervisor masquerading as an award-winning editor.'  After assistant-editing documentaries and feature films like The Last Samurai (2003), Susan edited over 70 episodes of Grey's Anatomy (2005) which won the Golden Globe for Best Drama Series in 2008. Susan also directed three episodes of the series, one of which featured an Emmy-winning performance by guest actress Loretta Devine.  In addition to Hacks, her other television editor credits include; Space Force (2020), Grandfathered (2015), Me, Myself and I (2017), This Is Us (2016), and Lodge 49 (2018). ALI GREER In addition to her Emmy® nomination for Hacks, Ali was twice nominated for an ACE Eddie award for her work on the series, Portlandia.  In fact, Ali's editorial career is highlighted by several standout series in the comedy genre.  Her time as an assistant editor was punctuated with a stint on Kroll Show (2015) as well as the aforementioned Portlandia (2015).  From there she went on to edit such shows as Dream Corp LLC (2018), Black Monday (2020) and Schmigadoon! (2021). Editing Hacks In our discussion with the Hacks editing team of Jess Brunetto, Susan Vaill ACE and Ali Greer, we talk about: The money is no object approach to needle drops The danger of checking your email on a Friday night Breaking the rules of network television Honoring When Harry Met Sally Doing mixes over Zoom...in a car The Credits Get your free 100GB of media transfer at MASV Visit ExtremeMusic for all your production audio needs Check out the free trial of Media Composer | Ultimate Subscribe to The Rough Cut podcast and never miss an episode Visit The Rough Cut on YouTube
Up Next
Popular Playlists
Best Yoga Podcasts: Listen & Learn New Poses Sour Shoe's Greatest Moments on The Howard Stern Show Listen to: Top 15 Funniest Barack Obama Quotes 9 Game Design Podcasts Every Game Designer Needs to Hear 7 Podcast Episodes About The Golden State Killer That Will Keep You Up at Night David Parker Ray & Shocking Audio of the Toy Box Killer You Need to Hear Best UFO Podcasts That Will Abduct Your Mind Controversial Joe Rogan Experience Episodes Audio Wack Packer Beetlejuice Best Moments on The Howard Stern Show Best NoSleep Podcast Episodes To Terrify You Sexy ASMR Audio to Turn You On
Popular Categories
ASMR Business & Tech Cannabis Fashion & Beauty Gaming History Home & Garden Kids & Family Spirituality Travel
Add to playlist
New playlist