Your changes have been saved
All Audio ‎The Rewind Movie Podcast 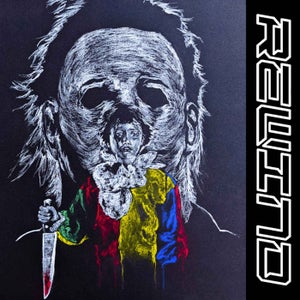 “Sheriff, death has come to your little town.” We’re celebrating spooky season with the season-defining, sub-genre spawning 1978 slasher classic Halloween, directed by the legendary John Carpenter.When 6-year-old Michael Myers slayed his older sister in a violent, unprovoked attack, he was confined
Category: Entertainment
Publish Date: Oct 14, 2021
Tagged in this Audio:
More
Jump to Full Description
Snippets are a new way to share audio!
You can clip a small part of any file to share, add to playlist, and transcribe automatically. Just click the to create your snippet!
Snippets: Clips of Halloween (1978) - Episode 72 that people like

There are currently no playlists containing this audio.
Add this audio track to one of your playlists
Add to Playlist
Up Next
Full Description
Back to Top
“Sheriff, death has come to your little town.” We’re celebrating spooky season with the season-defining, sub-genre spawning 1978 slasher classic Halloween, directed by the legendary John Carpenter.When 6-year-old Michael Myers slayed his older sister in a violent, unprovoked attack, he was confined to an asylum under the ‘care’ of Dr. Samuel Loomis (Donald Pleasance) - who believes the boy to be a creature of pure evil. Dr. Loomis’ worst fear is realised when, some decade and a half later, Michael escapes and returns to his hometown of Haddonfield, Illinois - donning stolen overalls and a ghostly-pale, amorphously-featured mask to become The Shape. He fixates on bookish, lanky teen babysitter Laurie Strode (Jamie Lee Curtis), culminating in a terrifying Halloween night for her and her friends.Gali, Devlin, Patrick and Matt are back together at last to discuss this landmark film, as well as producer Debra Hill & Carpenter’s somewhat reluctant immediate sequel Halloween II, to see whether their own feelings about the film have changed over the years, how its contemporaries and imitators followed or amended its formula, and whether the core creative team were able to capture lightning in a bottle twice. We’ll be back with Part II later this month to dig into the twisty, messy timeline of the 1980s/1990s sequels, culminating in a deep dive into Steve Miner’s teen-friendly update Halloween H20: 20 Years Later.Check out our website for accompanying essays, video and music playlist, and blogs for all of our episodes including our fantastic artwork at https://rewindmoviecast.com/If you have any questions, comments or ideas for future episodes you can contact us on Twitter @rewindmoviecast or @galithegreek(Gali), @IsTheDevlin (Devlin), @PatrickWaggett (Patrick) and @mdridley (Matt), join our Facebook Group at https://www.facebook.com/rewindmoviecast/, or email us at rewindmoviepodcast@gmail.com to have a chat!MERCHANDISE NOW AVAILABLE! Head to our Teemill Store for some fantastic shirts, stickers and more.Thank you for listening, and if you like the show please hit subscribe, and maybe leave us a little review (it really does help!) See acast.com/privacy for privacy and opt-out information.
Up Next
Popular Playlists
Best Yoga Podcasts: Listen & Learn New Poses Sour Shoe's Greatest Moments on The Howard Stern Show Listen to: Top 15 Funniest Barack Obama Quotes 9 Game Design Podcasts Every Game Designer Needs to Hear 7 Podcast Episodes About The Golden State Killer That Will Keep You Up at Night David Parker Ray & Shocking Audio of the Toy Box Killer You Need to Hear Best UFO Podcasts That Will Abduct Your Mind Controversial Joe Rogan Experience Episodes Audio Wack Packer Beetlejuice Best Moments on The Howard Stern Show Best NoSleep Podcast Episodes To Terrify You Sexy ASMR Audio to Turn You On
Popular Categories
ASMR Business & Tech Cannabis Fashion & Beauty Gaming History Home & Garden Kids & Family Spirituality Travel
Add to playlist
New playlist