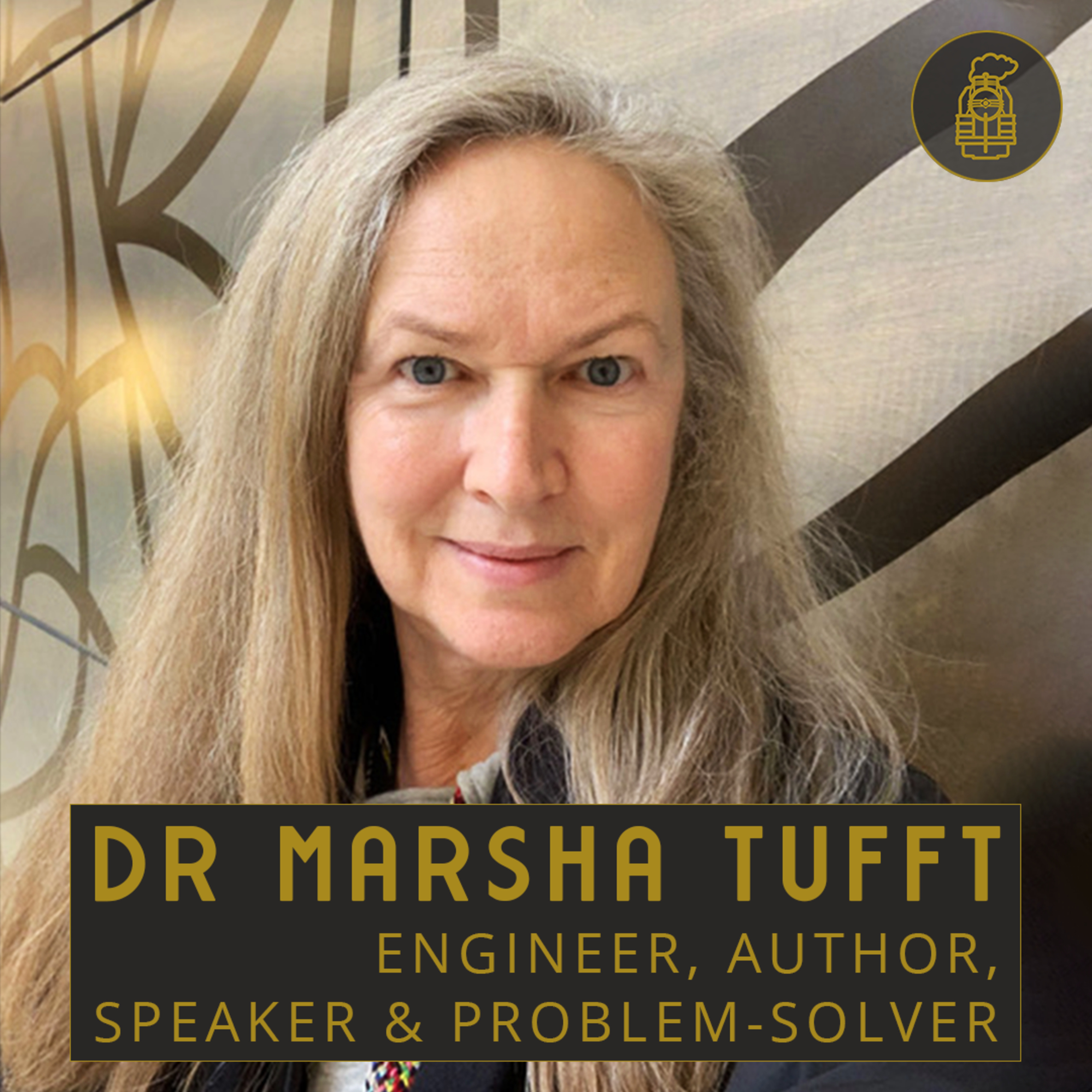 Having your work still be standard industry practice decades later

Start Time: 25:11 End Time: 27:02
STEAM Powered speaks with Dr Marsha Tufft, engineer, author, speaker, and problem-solver, about developing improvements and how gratifying it is to finding your work is standard practice decades later.
Category: Science
Publish Date: Sep 12, 2021
Snipped By:
Share
station description Conversations with women in STEAM where we learn a bit about what they do, and who ... read more

STEAM Powered
Tagged in this Audio:
More
Jump to Full Description Transcript
Playlists that Having your work still be standard industry practice decades later appears on.

There are currently no playlists containing this audio.
Add this audio track to one of your playlists
Add to Playlist
Up Next
Full Description
Back to Top
STEAM Powered speaks with Dr Marsha Tufft, engineer, author, speaker, and problem-solver, about developing improvements and how gratifying it is to finding your work is standard practice decades later.
Transcripts
Back to Top
actually ended up going off program in one of the life management groups and got to do some really cool redesign analysis where we had a part that the Philip didn't have a high enough, well, my manager thought he would give me the easiest part in the whole engine on the HP turban, which was the H P. T front shaft, so it connected the compressor, the cdp seal of the compressor to the stage one disk in the turban and it basically looks like a stovepipe with flanges except it was the life limiting part of the engine and it was a four flinch Philip, they had the lowest life. So it's, you know, my manager explained to me how, you know, you could remove material and get the damaged material out and extend the life of the part through a rework. And I got to work with one of the chief engineers who explained how to contour that fill it. So you have multiple adjacent Philip radius is to get, you know, a nice contour. And I got to do some cool finite element analysis and optimize it. And then it had to go into a bigger model so I could get all the right boundary conditions in and check it out. But you know, so I got several words, I got several awards from those redesign efforts and that, You know, whatever 25 years later, you know, so this is a CFM 56 engine I was working on and years later, when I eventually was working that in Mhm As the team leader for CFM 56 Life Management and then later, as in the fleet modeling side of things, it's like my Philip designs are still there, they're, you know, they're predominantly through all the rest of the engines that have come through, you know, so it's like, okay, that's in your practice now, and it's they're still working in those engines. That's really gratifying. Yeah, it is. It's like, hey, that work I did back then, all these new parts, they still valuable. That's great.
Up Next
Popular Playlists
Best Yoga Podcasts: Listen & Learn New Poses Sour Shoe's Greatest Moments on The Howard Stern Show Listen to: Top 15 Funniest Barack Obama Quotes 9 Game Design Podcasts Every Game Designer Needs to Hear 7 Podcast Episodes About The Golden State Killer That Will Keep You Up at Night David Parker Ray & Shocking Audio of the Toy Box Killer You Need to Hear Best UFO Podcasts That Will Abduct Your Mind Controversial Joe Rogan Experience Episodes Audio Wack Packer Beetlejuice Best Moments on The Howard Stern Show Best NoSleep Podcast Episodes To Terrify You Sexy ASMR Audio to Turn You On
Popular Categories
ASMR Business & Tech Cannabis Fashion & Beauty Gaming History Home & Garden Kids & Family Spirituality Travel
Add to playlist
New playlist